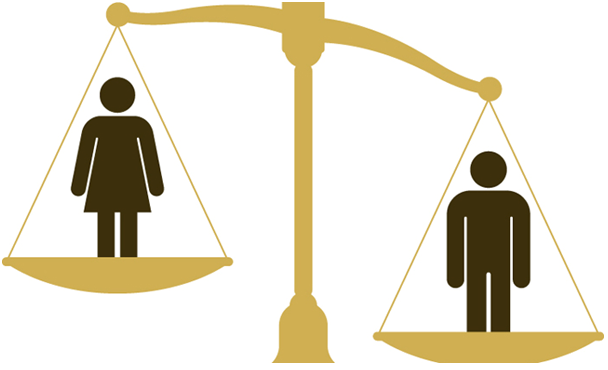 In this blog post, Sreeraj K.V, a student of Government Law College, Ernakulam, Kerala writes an article on the topic gender discrimination in the legal profession. The topic covers various issues and challenges faced by female lawyers in their profession as well as the various remedial measures that may be adopted by the concerned authorities regarding the same.

In India, the attitude of discrimination against men and women has existed for generations and this affects the lives if both the genders. Even though the Constitution of India has provided equal rights to both men and women, gender disparity remains. Women are perceived to be disadvantaged at work.[1]

The issues regarding gender discrimination have affected the field of law and the legal practitioners as well. The issue is mainly affecting the female lawyers who have just started their profession as a junior under their superior. In India here are no surveys regarding gender discrimination being conducted in the field of law. There was a gender appearance survey conducted in Australia, which signalled a marked disparity of gender appearance in Australia’s superior courts. The barristers in the survey reflected same gender proportion as they existed in the bar population, 81% male and 19% female.[2]

Although, women in legal profession no longer face gender discrimination which was faced by them twenty or thirty years back, yet there are several unique issues, based on gender discrimination which they have to face. Women lawyers are always judged and compared to their male counterparts. While aggressive women attorneys are judged as harsh and unpleasant, those who are not so aggressive are termed as weak and unfit for this job. They also face certain comments on their physical attributes like height, weight or voice which are considered to convey experience and authority in the profession as well as in our society.[3] 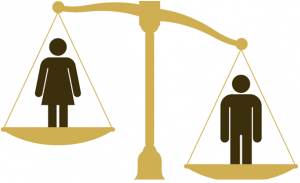 Majority of the women lawyers might have faced some problem or the other in their career. While entering the profession, female lawyers believed that gender discrimination is a thing of past, but later; they realize that it still exists in our society.

Women lawyers have largely been the target of several intimidation methods by their male colleagues at some point in their career. The male colleagues often use certain ‘bully tactics’ instead of arguing facts to gain a strategic advantage in their case and career.

Women attorneys have to face overly aggressive and negative response during their profession, but these issues are not unique to women. Other minority attorneys face them too in many other countries. Hence such behaviour imposes special challenges to female lawyers also.

In this context, it has to be stated that when compared to male lawyers, female lawyers face more challenges in bringing a balance between their career and their family. Many females state that they encounter the worst kind of gender discrimination in their office or the firms with which they are associated to.[4]

Under representation of female lawyers in the Bar Associations also stands as a major issue of concern. This is because many women take leave from their career, such leaves ranging from a few months to several years. The grounds for leave include a desire for a family. But during such gap, many changes occur in the profession including development of new law, technology and also losing contact with professional networks. In such instances, policies providing flexible work arrangements for women could enable the employer to retain valuable staff who are (or “intending to”) returning to work on a later date. There is also a need for bodies that represent the legal profession to collect data on various aspects of gender disparity, including the difference in salary among men and women, and the reasons for the lack of female lawyer retention, particularly after 5 years of professional experience.[5]

Need for a change

Change must take place from the grass root level onward. Both the working environment as well as the justice system must change themselves so that there exists a friendly environment mainly for the female, who can work freely without any interference. There must be a joint commitment towards the realization of change and improvement in the situation of female lawyers in the legal profession worldwide. A gender diverse legal profession will strengthen the standards of social justice and serve as a benchmark for other professions.[7]Although there are barriers faced by female lawyers in this profession, no one can deny the fact that women lawyers have achieved significant progress in this profession. The number of women entering various law schools is equal to men now. Despite this, many female lawyers face unequal experiences and subtle discrimination in this field. It forces them to leave their workplace and search for another place with a good working environment or else leave the profession altogether. The law firms have now started providing a friendly working environment for the women lawyers by promoting their work as well as diversifying the work. Although this is just the beginning, there is a hope for tremendous change in the future.[8] 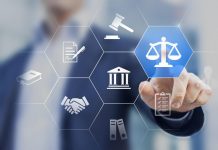