This article has been written by Niharika Tiwari, from SVKM’s Pravin Gandhi College of Law, Mumbai.

Women have been an object of ill-treatment all across the world for ages. Due to the patriarchal setup in our country, women have faced discrimination, oppression, and violence at the hands of society. Male and female offenders are not treated equally in India and judges take into account the social and cultural biases while sentencing if a female is convicted. Judges across the world have shown leniency while trying women offenders as they are aware that women have been fighting gender inequality and this might be an outcome of their protest against the deep-rooted bias they face in every sphere of life. Even the Supreme Court of India has opined that in our country gender is a relevant circumstance taken into consideration while deciding the quantum of punishment to be given to female criminals. But the question arises to what extent this disparity is justified? Is it just the gender or is it the social implications attached to it for these punishment patterns?

The take of Judiciary

An analysis of the Supreme Court cases throws light over the fact that it has been conceptualizing and assigning gender roles in a society where a woman is considered to be the foundation of a family. She is expected to follow all the social traditions, customs, and norms, be submissive, passive, and compassionate just to maintain the family as a unit. This has also been used to mitigate a woman’s liability of a crime and justify the low female criminality rate as compared to men. There are various reasons to explain the logic behind this pattern. One can be that the court is being too chivalrous and is stuck to a stereotype which portrays that women need protection.

There is a high possibility that as a consequence of this discretionary power in sentencing women offenders, the judiciary might come off as misogynistic, outdated, and stuck in the archaic assumptions of women as a weaker sex in general. The other side of the coin can be that the judiciary must take into account the circumstances in which the woman might have committed the crime and the negative effects of sentencing her on her family. This is a very subjective standard to determine the liability and sentence as compared to the objective standard of criminal law where the sentence is awarded based on the seriousness of the crime. Giving an insight into Indian judicial minds, a bench of Justices A.K Sikri and Ashok Bhushan said that they found Supreme Court judgments that took gender as a relevant factor to determine the quantum of sentence. However, it was later clarified that there would be no leniency with women offenders involved in terrorist operations.

This depicts that the present standards for determining the culpability of a woman offender are highly inconsistent and at times unjust. In the case of Nirmala Devi v State of Himachal Pradesh, the accused woman with her male accomplice, drugged and robbed a man. Upon conviction, the woman was awarded a sentence of two years in jail by the trial court for a crime for which there is rigorous imprisonment of ten years and a fine.

The Supreme Court sentenced the woman to a lesser punishment than prescribed as she had to take care of her familial needs of a mother and she had three minor children two of which were of unsound mind. The court also observed, “Women are competing with men in the criminal world; they are emulating them in all the crimes, and even surpassing men at times”. While it is reasonable to keep the family and children of the offender in mind while sentencing the criminal, it is again stereotyping and gender essentializing to put forth that a woman emulates a man when she commits a crime as it is a way to gain validation in the society and the male sex is superior and absolute. This is in no way put forth so as to ignore the mitigating factors involved while sentencing, but to make sure that there’s no disparity amongst women who come from different socio-economic backgrounds and do not concur with the idea of the ‘ideal womanhood’. Gender as a factor cannot be negated completely while deciding these cases but there should be an attempt to apply more or less a uniform standard while deciding the culpability of women perpetrators according to their particular circumstances.

In 1987, the National Expert Committee on women prisoners under the chairmanship of Justice V.K. Krishna Iyer submitted its report recommending the Union as well as the State governments to bring in urgent reforms in jails concerning women prisoners. Today, in India, women consist of 4.3 % of the total prison population. According to the 2019-20 Prison Statistics Report of the National Crime Records Bureau of India (NCRB), a high percentage of women are currently incarcerated in the country’s prisons. 4,78,600 prisoners in a total of 4,58,687 were male prisoners and 19,913 were female prisoners. With the rise of women in prisons, we need to incorporate more gender-responsive prisons because the prisons which were initially made were for men created essentially by men. There has been a continuous debate that whether men and women in prisons should be treated differently and with the adoption of Bangkok Rules, Nelson Mandela rules, and various other judgements, India decides to develop differentiated responses. A woman’s experience in prison can be attributed to her biological and physical realities. Pregnancies, menstruation, hormonal changes directly impact their experience of imprisonment.

Reports show that around 280 women were herded into a place with sanctioned capacity for 60, out of whom 20 were convicted, the rest were under trials. According to a report of the Project funded by the Planning Commission, Government of India on “Women Prisoners & Their Dependent Children”, in Uttar Pradesh, the convicted and under trial ratio is 1:8 among women prisoners. In the case of women prisoners, the theory in India got stuck with the women’s criminality rather than their status as prisoners. The theory focussed on “causative explanations” rather than the “contextual explanations”. The focus shifted from ‘prisoners who are women’ to ‘women who are criminals.’ It acts as a great hindrance for the reform movements for women because it was perceived that normal women never take recourse to crime, women criminals are biologically and psychologically abnormal and no amount of good practice can reform them.

Probable justifications for the existing disparity

Feminist criminology began to rise from the late 1960s and early 1970s focussing mainly on the issues affecting women regarding crimes in the public domain and understanding the perspectives of female perpetrators and victims of crime. It arose as a response to the need to study criminology centred on women which was scarce. There are two approaches to understand the phenomenon of crime. First is that the reason to commit a crime arises from within the wrongdoer and it is directly linked to the individual itself. In this case, it means that the female offender’s behaviour is abnormal and deviant which leads her to commit the crime. Carol Smart, a feminist sociologist argues that the overlooking of female offenders was synonymous with the position of women in society as they lacked civil or legal status. The second is that the offending results from the circumstances that might have developed in the female’s life. This may include the social, historical, and developmental context of a woman’s life, for example, child maltreatment, low income, etc. Both of these approaches find faults within the woman herself i.e. it is victim-blaming.

Women are considered less criminally dangerous thus less responsible and less of a threat to society. Another explanation could be the theory of familial paternalism. According to this theory, a woman who breaks the accepted social and cultural norms of society is viewed as a bad woman. For example, women were awarded longer sentences for child abandonment than men committing the same crime. Another theory is the masculine nature of women committing gruesome offenses. According to this, if a woman commits a grave offense, then she has displayed characteristics predominant in a male’s nature thus having acted contrary to the accepted gender norms and therefore liable for stringent punishments. In these cases, women have received similar sentences for the offense as their male counterparts. One reason taken into consideration while sentencing female offenders is its effect on the child. There are severe consequences on the children of women offenders and the child becomes an innocent victim punished by the incarceration of its mother who might be the only provider in the family.

Hence, there is a need to stop gender stereotyping while trying women offenders by the judges. The low criminality rate of women is not the issue but the sex-based behavioural segregation is. Judges should not apply their understanding of a woman’s role in society but use a more neutral basis while taking into consideration other aspects which drive women to commit a crime. However, there cannot be a uniform criminal justice system for both male and female offenders as it would be just superficial fairness when at present both are still not on an equal footing. Offenders with family should be given some concession otherwise along with them their family suffers too. However, this should be regulated so that it does not cross its limit to become unjust discrimination. Some suggestions in light of sensitizing the issue of women criminals would be the simplification of bail procedures for women under trials, the establishment of more family courts for speedy disposal of cases, and recruiting more female judges to try cases related to women offenders ensuring a better understanding of the circumstances. 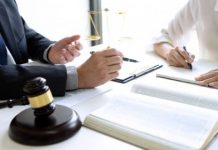 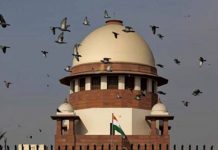