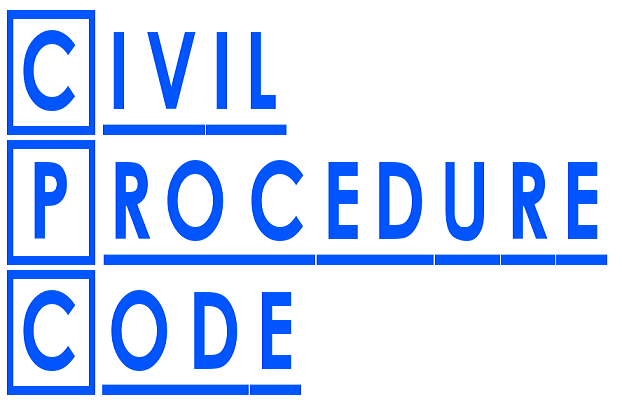 This article is written by Oishika Banerji of Amity Law School, Kolkata. This article discusses the general provisions relating to Appeals (Section 107, 108) of the Code of Civil Procedure, 1908.

“(1) Save where otherwise expressly provided in the body of this Code or by any other law for the time being in force, an appeal shall lie from every decree passed by any Court exercising original jurisdiction to the Court authorized to hear appeals from the decisions of such Court.

(2) An appeal may lie from an original decree passed ex parte.

(3) No appeal shall lie from a decree passed by the Court with the consent of parties.

[(4) No appeal shall lie, except on a question of law, from a decree in any suit of the nature cognizable by Courts of Small Causes, when the amount or value of the subject – matter of the original suit does not exceed 2 [ten thousand rupees.]]”

The provision can be summarized as an appeal in civil cases is always based on the decree passed by a court that exercises original jurisdiction before a Court of Appeal which has been authorized to hear appeals in case of the former’s decision. This article specifically aims to discuss the general provisions relating to appeals under the Code of Civil Procedure, 1908 enlisted under Section 107, and 108 of the Code.

General provisions relating to appeals under the Code of Civil Procedure, 1908

General provisions relating to appeals under the Code of 1908 are spread of two provisions namely Section 107, and 108 dealing with powers of the appellate court, and procedure in appeals from appellate decrees and orders respectively.

Section 107 of the Code of Civil Procedure, 1908 provides the powers of the Appellate Court. The provision reads as:

“(1) Subject to such conditions and limitations as may be prescribed, an Appellate Court shall have power-

(a) to determine a case finally;

(c) to frame issues and refer them for trial;

(d) to take additional evidence or to require such evidence to be taken.

(2) Subject as aforesaid, the Appellate Court shall have the same powers and shall perform as nearly as may be the same duties as are conferred and imposed by this Code on Courts of original jurisdiction in respect of suits instituted therein.”

This provision provides a systematic arrangement of the powers of an appellate court which includes final determination of a case, remanding a case, framing issues and addressing the same during the trial, and taking additional evidence whenever required. All these four powers need to exercise judiciously without any scope for creases in the administration of justice.

“(a) the Court from whose decree the appeal is preferred has refused to admit evidence which ought to have been admitted, or

(b) the appellate court requires any document to be produced or any witness to be examined to enable it to pronounce judgment, or for any other substantial cause.”

Contents of a judgment delivered by an appellate court

Section 107 read with Order XLI Rule 31 provides the contents of a judgment delivered by the appellate court which are:

Power to remand a case

Order XLI Rule 23 lays down the provision for remand of a case by an appellate court.  The Rule provides two grounds for the appellate court to utilize its power to remand a case which are:

A discretionary power, to begin with, Rule 23 of Order XLI can be invoked by an appellate court where the appeal has its roots in the decree passed by a court while considering a preliminary point, as has been observed by the Supreme Court of India in the noteworthy case of Jegannathan v. Raju Sigamani (2012). Further, in 2020 the Supreme Court while deciding on the case of Shivakumar v. Sharanabasappa (2020) observed that the appellate courts must not be passing orders of remand on a routine basis thereby upholding that the power vested on the appellate court under Order XLI Rule 23 needs to be used with caution and only in rare cases.

(a) from appellate decrees, and

(b) from Orders made under this Code or under any special or local law in which a different procedure is not provided.”

Section 108 specifies two parameters in which it will apply to the appeals concerning those grounds only. They are appeals from appellate decrees that are the rights of the parties laid down by an appellate court while considering an appeal by one of the parties in the suit, and to those Orders under the Code of 1908, or any other special, or local law which have not been provided with a proper procedure to be followed for its execution.

Let us have a look as to how Indian courts have interpreted the general provisions of appeal namely Section 107, and 108 from case to case basis for a better understanding of the explanation provided above.

The Calcutta High Court in the pre-independence case of Jonardan Dobey v. Ramdhone Singh And Ors (1896) determined whether the ambit of ex parte decree within Section 108 of the Code of Civil Procedure, 1908 incorporated a decree that was passed in a civil proceeding which saw of the presence of the defendant and his defense but also experienced the absence of the same defendant during the concluding part of the hearing. While applying the literal rule of interpretation, the Court observed that the language of the provision makes it applicable in any kind of case irrespective of the fact that the defendant was present, or absent during the hearing.

The Rajasthan High Court in the case of Smt.Kastu Bai & Ors v. Lrs.Of Otar Mal & Ors (2014) considered the scope that Order XLI, Rule 27 of the Code of Civil Procedure, 1908 while deciding whether a photocopied document will be considered as additional evidence under Order XLI, Rule 27(1)(b) which states that “the appellate Court requires any document to be produced or any witness to be examined to enable it to pronounce judgment, or for any other substantial cause.”  It is to be noted that Section 107 of the Code of 1908 vests additional powers on the appellate court to take additional evidence as and when required subject to the limitations provided by Order XLI, Rule 27 of the Code. The Court ruled out that being a photocopied document, the same stands inadmissible in the court of law, and even before it can be considered to be falling with Rule 27(1)(b) of Order XLI, it can be concluded that the document holds no relevance by the very fact that the same is inadmissible in the court of law.

Mahavir Singh and others v. Naresh Chandra and Anr (2000)

The Supreme Court of India made a noteworthy decision in the case of Mahavir Singh and others v. Naresh Chandra and Anr (2000) while considering the extent of the additional powers vested on the appellate court under Section 107 (d) in this appeal case. The Apex Court before arriving at the decision in this case referred to the scope of Order XLI, Rule 27 of the Code of 1908 which was first observed in the case of Kesowji Issur v. G.I.P. Railway (1931) where the Bombay High Court remarked that while this rule alone stands enough to be taken into account in considering additional evidence,  wherever this rule does not apply, the appellate court can in no way consider additional evidence due to lack of jurisdiction. The Supreme Court while allowing the appeal dismissed the decision of the High Court in which there was a straightaway rejection of entertaining additional evidence under Order XLI, Rule 27 CPC read with Section 151 Code of 1908. The Apex Court observed that when the provision provides power to an appellate court to consider additional evidence, then the same must be followed by the Court.

The Karnataka High Court in the case of Smt Nagamma v. Sri K P Udayakumar (2019) provided meaning to the conjoint reading of Section 107, Order XLI Rule 23, 27, and 31 of Code of Civil Procedure, 1908 by stating that an appellate court shall be hearing appeals on merit. If the court finds that there arises a need to examine additional evidence during adjudication then it may allow the same and thereafter may either record the shreds of evidence by itself or remand the concerned matter to a trial court for the purpose of recording the additional evidence followed by which the appellate court will give the opportunity of being heard to the parties thereby subsequently disposing of the appeal.

In the present case, the application that was made under Order XLI Rule 27 CPC was not put under the lens of consideration by the first court of appeal. Further, no opportunity was provided to the defendant to lay his defense on the basis of the additional evidence presented by the plaintiff in the appeal. Therefore, the judgment and the decree passed by the first appellate court stood contrary to Section 107, Order XLI Rule 23, 27, and 31 of the Code of Civil Procedure, 1908.

The discretion of the appellate courts to exercise the power vested on them as provided under Section 107(d) needs to be exercised judiciously and sparingly with immense concern. The Madras High Court while deciding on the 2018 case of Kaliyammal v. Palaniyammal made it clear that prior to examination of the decision made by the trial court, the appellate court can under no ground just on the basis of the interlocutory application order remand by receiving the additional evidence. Therefore, the entire process as provided by the Court must be just by nature.

As we come to the end of this article, it becomes quite evident that provisions 107 and 108 of the Code of 1908 hold a lot of importance for the appellate courts while considering matters of appeal. Both Section 107, and 108 need to be read with the appropriate Orders of the Code as having been discussed in the article in order to understand the true color of the provisions. Followed by this, it is the judgments delivered by the Indian courts that show the complementary nature of the procedural, and substantive nature of the Code of Civil Procedure, 1908.

Order 1 to 21 of the Code of Civil Procedure, 1908 : learning the basics of civil procedure