This summary is written by Aarchie Chaturvedi, from National University of Study & Research in Law, Ranchi.

Mr. Negi was amongst the four finalists for the Rhodes Scholarship and was a recipient of the Louis Dreyfus Weidenfeld Hoffmann Trust Scholarship and Leadership program at Oxford which not only covered his 100% tuition fee but also offered generous living cost and one of UK’s most coveted Leadership Training programs. He was additionally offered the Commonwealth and Chevening Scholarships. He is currently practicing Constitutional Law at the High Court of Uttarakhand in Nainital, where he is putting his graduate education overseas to good use- as also reflected through a landmark judgment on Panchayat elections pronounced by the Uttarakhand High Court.

This session was moderated by Ms. Sammanika Rawat, Head of Placements, LawSikho. She is an internationally accredited Mediator. Apart from this, she has worked in the Infrastructure and Banking Project fields as a corporate lawyer and has been a proud environmentalist at the grassroots level.

In this session, Mr. Negi shared the insights on his journey to Oxford, the various scholarships available for higher studies outside India, the comparison of higher studies at Oxford vs Cambridge and Harvard, etc.

Here’s the list of the various questions and the brilliant answers given by Mr.Negi.

-He divides the journey into parts, the first part being the one where you speculate and try to identify whether you have an academic interest in a particular area of law or not. Once you have taken that decision he says, then you can start with applying for a master’s course in various national or foreign universities.

He advises students against refraining from applying at certain places, just based upon the hearsay evidence that they are out of their league. He also suggests the students to go through the university websites on their own, see their evaluation criteria, and then formulate a decision regarding what they want to do.

In his own case, he feels that the intellectual stimulation he got while doing his masters at Oxford is incomparable.

-He asks students to understand the perspective of the evaluator. According to him, the evaluators are not ‘Grammar Nazis’ but if their eyes fall upon incorrect details, then they would not proceed further with the reading of those SOP’s. He says that these universities generally give ample time to write the SOP’s, so they expect one to at least make no grammatical errors. Such errors do not reflect well on the seriousness with which the application is made.

-He recalls his experience and tells that his first draft went up to 2300 words. Then he had to work very hard to make it 1000 words for the Rhodes scholarship round. The Rhodes application process he feels, by itself, is so intensive that it prepares you 80 percent for the Oxford application process. After that when you have to reduce from 1000 to 300 words, it is a very laborious task but, he says, you will eventually manage to do that.

-A lot of people try to fake their credentials and since these universities go through thousands of applications day in and day out, they have a knack to know what is genuine and what is not. So if your CV is in a certain direction already, by the time you reach your 4th or 5th year, try to understand that direction, as that is also an outcome of conscious choices you made during those years by prioritizing certain areas over the others. He gives an example that if someone wants to do masters in Corporate Law, then that person must put forward his/her best efforts in the final year of his course, for that one publication which will really help him/her to sail through the application process of Oxford.

He emphasizes the point that instead of being a jack of all trades you should try to master one.

-Mr. Negi affirms the fact that these universities do have criteria and would favor someone who was a ranker or at a top position in his batch. But that doesn’t mean that if you are a rank 15 in your batch, then everything is over for you. Miracles do happen, and if you have a strong profile and something interesting to talk about, then you can actually break through those glass ceilings and get in where you wish to be.

-The average age of Mr. Negi’s batch was 29 years which meant many of the students went there directly after completing their graduation. However, there was a major chunk of students, who also came to study after collecting work experience. The class thus consisted of people of mixed ages and that is one of the most beautiful things according to Mr.Negi,  in the graduation program at Oxford. There is no absolute answer as to whether you should have work experience or not. Personally, Mr. Negi didn’t have much work experience as he directly went to study after his graduation but, he says that it will always turn out to be helpful if someone has work experience.

-Some conventional scholarships programs for a degree at the University of Oxford are as follows:

The Rhodes Trust Scholarship- This scholarship gives a good stipend.

The Commonwealth Scholarship- This scholarship gives a lesser stipend but gives many allowances.

The Shri Winning Scholarship- This one is a very prestigious scholarship. It has a big network in London and different parts of the UK.

There is also an India Specific Scholarship by the InLacs Foundation. There is a partial scholarship too, named Narotam Sekhsaria Scholarship. There are country-specific and course-specific scholarships also, with different criteria. In total, there are many scholarships. He thus, advises students to visit the websites of all these foundations and to scrutinize the scholarship programs thoroughly.

He would personally recommend the Scholarship that he got-the Louis Dreyfus Weidenfeld Hoffmann Trust Scholarship and Leadership program. He encourages students to apply for this scholarship because it has the most generous stipend, apart from the general student care that one would receive while being at Oxford.

It also includes a Leadership program which is very coveted. So, even before you reach Oxford you have a family there. Complementary to this, one gets to attend philosophy lectures wherein one can interact with people from different parts of the developing and the developed world. This scholarship even does not stigmatize or patronize a country with regards to their income group. One is under a very diverse set of people who train one the traits of leadership.

This scholarship also assigns you a mentor who would stay in touch with you for any queries that you may have in the future. It even funds your travel to other countries. Hence, Mr. Negi perceives it to be one of the finest scholarship programs.

-There is essentially no such difference. But if you end up in this ‘Happy Problem’ from choosing among Oxford, Harvard or Cambridge then based upon your academic inclinations you should decide. Ultimately whatever you choose among these three you won’t regret that choice.

-During this time you can try to write for a local newspaper, or you can start reading about a particular area of law that interests you. You can even write a research paper and get it published at a good place.

-This will be indeed a very terrible situation as Oxford generally looks for candidates securing eight pointer out of 10 or equivalent standards; but if your university is not generally marking well, then what you can do is mention it loud and clear in your application that you are applying from a university in which the highest marks are such & such and then describe your academic profile accordingly. Make your situation understandable.

-Ultimately it is an academic course, so they would be sniffing for academic things. If you are in the initial years of your law school then it is a very good time for you to start preparing for your application. An application is based on various pillars. Your CV is one of them.  Build your CV in these reformative years. However, there is no straight forward answer as to what the evaluators are looking for. It’s not just mooting or internships with big firms that can help you.  You have to find out what you are best at and then talk confidently about those things in your applications.

-In his experience, it does. For example, when he read about the comparative human laws in Oxford, he was acquainted with a concept of dialogical review by his professor there. So, when he came back to India to practice, he was stuck with a typical constitutional law case once. In that case, he made use of the concept that he had read there. He stated this concept fearlessly before the bench. The desired result was produced as the judgment that was ultimately pronounced valued his creative suggestion. He, therefore, believes that the knowledge he gathered has a substantial impact on his practice.

-Yes, they matter. And they should be aligned towards the particular course of law one wishes to choose for their masters. According to him, co-curricular activities are as important as your academic grades in the selection procedure (these include conferences, seminars, moots, workshops, etc). He says that the evaluators look for things that distinguish your profile from the profile of others and that differentiating factor inadvertently tends to be co-curricular activities. 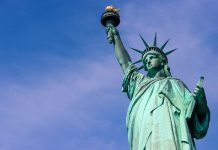 Scope of Indian lawyers in the USA 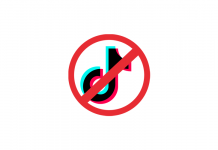 Ban on Tik Tok and other Chinese applications – Whether the Government’s action is legally sustainable? 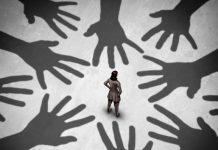 Stalking Laws and its Implementation in India