Identification of Parties (including `the name of the judges)

The family of Henry and William golaknath were in possession of over 500 acres of farmland in Jalandhar, Punjab. Under the Punjab security and Land Tenures Act, the government held that the brothers could keep only thirty acres each, a few acres would go to tenants and the rest was declared surplus. This was challenged by the family of golaknath in the courts. Further, this case was referred to the Supreme court in 1965. The family filed a petition under Article 32 challenging the 1953 Punjab Act on the grounds that it denied them their constitutional rights to acquire and hold property and practice any profession (Article 19 (f) and (g) and to equality before the protection of the law (Article 14). They sought to have the seventeenth amendment – which had placed the Punjab Act in ninth schedule – declared ultra vires (beyond the powers). Golaknath. I.C v State of Punjab is one of the landmark cases in the Indian history. With its ruling, in this case, the court developed jurisprudence around what is known as the doctrine of basic structure. The court in 1967 ruled that the Parliament can not curtail any of the fundamental rights enshrined under the constitution of India.

Issues before the Court

The issue which came before the court was whether the parliament has the absolute power and the power to amend the fundamental rights enshrined under the constitution or not?

Contention of the parties

In this case, at that time the supreme court had the largest bench ever. The ratio of the judgment was 6:5, majority was favouring the petitioners. The CJI at that time and with other justices (J.C. Shah, S.M. Sikri, J.M. Shelat, C.A. Vaidiyalingam) wrote the majority opinion. Justice Hidayatullah agreed with CJI Subba Rao and therefore he wrote a separate opinion. Whereas Justices K.N. Wanchoo, Vishistha Bhargava and G.K Mitter they all wrote single minority opinion and justices R.S. Bachawat & V. Ramaswami wrote separate minority opinions.

The majority opinion of golakh Nath shows scepticism in their minds about the then course of parliament. Since 1950 the parliament has used article 368 and have passed a number of legislations that had in one or other way have violated the fundamental rights under part III of the constitution. The majority had doubts that if Sajjan Singh remained the law of the land, a time can come when all fundamental rights adopted by our constituent assembly will be changed through amendments. Keeping in view the problem of fundamental rights and fearing that there can be a transfer of Democratic India into totalitarian India. Therefore, the majority overruled Sajjan Singh & Shankari Prasad.

Fundamental rights are considered to be necessary for the development of human personality. These rights are the rights which helps a man to figure out his/her own life in a manner he/she wants. Our constitution has given us the fundamental rights which also includes the rights of minorities and other backward communities. According to the Constitution, Parliament and the state legislatures in India have the power to make laws within their respective jurisdictions. But, this power is not absolute in nature. The Constitution rests with the judiciary and the power to adjudicate upon the constitutional validity of all laws also rests with the judiciary.

If a law made by Parliament or the state legislatures violates any provision of the Constitution, the Supreme Court has the power to declare such a law invalid, unconstitutional or ultra vires. This check notwithstanding, the founding fathers wanted the Constitution to be an adaptable document rather than a rigid framework for governance. They wanted it to be a flexible document which can adjust or adapt itself according to the changing situations.

The basic structure of the constitution consists of:

They wanted to avoid multiple litigations which could have followed after this judgment.

The majority also chose this to save the nation from the chaos of retrospective action.

They also wanted to reduce the negative effect of this judgement which could have led to invalidating the previous constitutional amendments.

This was in order to minimize the negative impact of the judgment invalidating the earlier constitutional amendments.

Another reason why the majority went for prospective overruling was that since the decision, in this case, was that the parliament has no right to amend the fundamental rights, therefore, every previous amendment will be invalid and unconstitutional.

The Golakh v state of Punjab was one of the important cases in India history. The judgement of this case came at a very crucial time. It came when the democracy was suffering from the start of what later became the “darkest decade” of India. This judgment helped to stop the parliament from showing its autocracy. The majority bench was afraid of deterioration of the soul of the constitution. This judgement forbade the parliament from causing any damage to the fundamental rights of the citizens by implementing a law which had the effect of suppressing the autocracy of the parliament.

The judgment was focused on protecting the fundamental provisions which are equal to fundamental or natural rights of mankind and no government can take it. Golaknath is a kind of victory of “rule of law” because it made it clear that even the lawmakers are not above the law. This case reinforced the faith of the citizens that the law is supreme, not the one who makes it(Parliament), neither who implements (Executive) it and nor the one who interprets it (Judiciary).

But there‘s nothing perfect in this world. The same goes with this judgment. The judgement of Golaknath is not a perfect judgement. One of the biggest flaws was that the judgement granted rigidity to the constitution. The court said if there has to be an amendment then it has to be through a constituent assembly. Secondly, the court only protected the fundamental rights from the absolute power of the parliament but it could have protected all the fundamental features of the constitution. They did not use the opportunity in a way they could have used. Due to these kind of problems in the judgement it was overruled to some extent in another landmark judgment in the case of Kesavananda Bharati v Union of India 1973. To read more about Kesavananda Bharati v Union of India 1973 refer to the link given below. 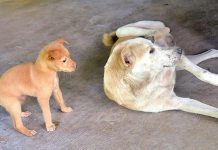 Animal cruelty and the animal welfare boards in India 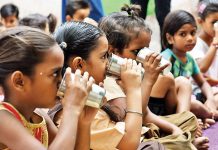