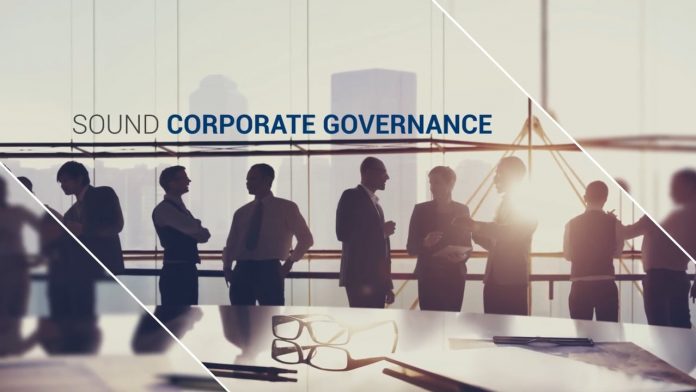 In this article, Nandish Joshi pursuing M.A, in Business Law from NUJS, Kolkata discusses the Role of Company Secretary in Good Corporate Governance.

Corporate governance is the system of rules, practices and processes by which a company is directed and controlled. Corporate governance mainly involves balancing the interests of a company’s many stakeholders, such as shareholders, management, customers, suppliers, financiers, government and the community at large.

The soul and core of corporate governance is not the conduct or behavior that we see on face of it. It is internalized values that an organization or a company and its top level management follows. The essence of a human being is consciousness and the world we create around us is the expression of our consciousness. The creative and the beautiful as well as the corrupt and degenerate are the outcome of consciousness of human beings.

In the modern era of globalization, corporate governance plays an important role. It ensures that corporate managers run their businesses successfully and take care of long term interests of the stakeholders of the company. Corporate governance improves capital efficiency of companies and provides a roadmap for an entity, helping the leaders of a company in making decisions by law, benefits to stakeholders, etc.

These challenges will bring about economic discontinuities that are unprecedented in scale and scope, and would require highly innovative approaches. We have to leapfrog over existing technologies rather than incrementally improve them. Innovation will bring tremendous resistance from vested interest. This is the board’s priority in today’s economy which is driven by innovation.

Company secretaries all over the world have been assigned the responsibility for good corporate governance practices to be followed by the companies where they work or for their clients by the institute of company secretaries of india.

Composition of Board of Directors

Here the role of the company secretary is to oversee whether the composition of the board is in conformity as per the provisions of the companies act as well as listing regulations.

A company secretary has to ensure that the board of directors of the company must consist of at least one women director. This provision has encouraged the women power and importance in today’s world.

Code of Conduct for the Board of Directors

The listing regulations specify that the board of directors shall draw up a code of conduct for all the members of the board and the senior management personnel of the listed entity.

The annual report of the company shall also contain a confirmation to this effect by the directors duly certified by the chief executive officer. Here the role of a company secretary is to ensure that he/ she develop the code of conduct for the board of directors in consultation with the top management of the company.

Also a CS has to ensure that the same information is disclosed in the annual report of the company as well it shall be placed on the website of the company. For is compliance board of directors shall provide affirmation to the compliance of the code at each and every first meeting of the board held in each financial year.

Each and every listed entity shall ensure that the company has composed the below mentioned committees:

As per the listing regulations all listed entities must have a stakeholders relationship committee to specifically look into the mechanism of redressal of grievances of shareholders, debenture holders and other security holders, the companies act, 2013 specifies that a stakeholders relationship committee shall be constituted if a company consists of more than 1000 shareholders, debentures, deposit holders and any other security holders at any time during a financial year. The stipulation with regard to a minimum number is absent in the regulations and further deposit holders are not considered by the regulations.

The listing regulations states that the board of directors shall constitute a risk management committee for the top 100 listed entities determined on the basis of market capitalization as at the end of the immediate previous financial year. On the other hand Section 134(3) of the companies act, 2013 states that all the companies must have a risk management policy, which shall be responsible for identification of risks which in the opinion of the board may threaten the existence of the company.

The Companies Act, 2013 stipulates that a company shall enter into a contract or an arrangement with a related party with respect to sale, purchase or supply of any goods or materials, selling or otherwise disposing of or buying property of any kind, leasing of property of any kind, availing or rendering of any services, appointment of any agent for purchase or sale of goods, materials, services or property, appointment of a related party to any office or place of profit in the company, its subsidiary or associate company and underwriting the subscription of any securities or derivatives thereof of the company shall be entered only with the consent of the board of directors given by way of a resolution at a meeting of the board of directors.

All company secretaries and compliance officers of listed entities, their auditors, audit committee and board of directors need to have thorough understanding of the rots. the scrutinizers of the poll and remote e-voting need to be vigilant in providing their report to make complete and adequate compliance of regulation 23 and other applicable regulations of the SEBI (lord) regulations, 2015 as well as the provisions of sections 188 and 189 of the Companies Act, 2013. Further since so much of data and information are now required to be hosted on the website of the company and policies, etc which is being strictly watched by the regulators, taxation authorities, stakeholders and competitors, all the disclosure and information must be adequate, complete and accurate in all respect.