In this blog post, Neha Tandon, a student at Svkm’s Pravin Gandhi College of Law, Mumbai and pursuing a Diploma in Entrepreneurship Administration and Business Laws from NUJS, Kolkata, analyses the recently introduced GST Bill. 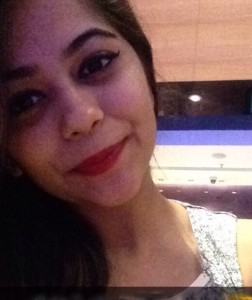 Goods and Services Tax (GST) will be a comprehensive nationwide indirect tax on the manufacture, sale, and consumption of goods and services throughout the territory of India.

GST is a tax which will be collected at every stage of purchase or sale of goods or services based on the input-tax credit method and would make not just manufacturing but also interstate transportation of the goods much more efficient.

Salient Features of the GST Bill

Introduction to the GST Bill

In 2006-2007 the government started making efforts to introduce the GST ACT. The enactment process finally began on 10th of November 2009 by the issue of white paper for the purpose of discussion on GST.

As of now, the GST bill is waiting for its approval from the Rajya Sabha.

In the case of CGST, the location of the supplier and the recipient within the country is immaterial. And in the case of SGST, it would be chargeable only when the supplier and the recipient both are located within the state. In place of CST, the government is proposing to introduce IGST, which is to levy a tax on inter-state supply of goods and services which consist of SGST and CGST.

Steps Required for the Implementation of the GST Bill

The GST bill has been pending in the Rajya Sabha for a long time, and with the Congress which is refusing to come on board. Unlike the constitutional amendments the goods and services tax bill will be required to be passed by simple majority. 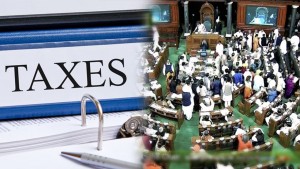 Finance Minister Arjun Jaitley has expressed that he is confident that the GST bill will be passed in the monsoon session of Rajya Sabha. [4] After that, at least 50% of the states legislatures have to ratify the constitutional amendments[5]. Both the Lok Sabha and the Rajya Sabha have to pass the GST bill, and the states will also be required to pass their own GST bills.  The total number of votes required for the passing of the GST bill is 164 if all the members are present in the house and voting and the two-third majority mark will strike to 155 if the AIDMK’s 13 members abstain. [6]

However, the Congress party wants the GST rate to be a creation of an independent mechanism and to resolve the disputes which arise between revenue sharing among the states.

Benefits of the GST Bill for India

The introduction of goods and services tax bill will completely reform the system of indirect tax in India. Bringing together various central and state taxes into a single tax which will benefit the common national market. Experts are of the view that the introduction of GST will boost India’s economic development and also improve tax collections. 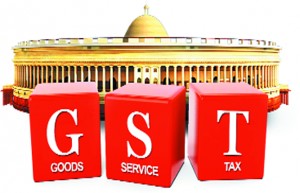 It will be a huge benefit for the consumers as the burden of tax on the interstate logistics will become cheaper. It will also help in building a corruption-free tax administration. As far as the states are concerned, it has been estimated that India will gain $15 billion[7] A year by implementing the goods and services tax, and it will also promote exports and raise employments. For individuals and companies, it is beneficial to Centre and State tax will be collected at the point of sale, both Centre and state goods and services tax will be charged on the manufacturing cost. The major benefit for the individuals will be that the prices of will come down. Lower the prices, more the consumption which will help companies.

As of now many goods are sold within the state so that paying the CST can be avoided. By the introduction of GST, several products which are of good quality manufactured in one part of the country will find more market because there will be no CST and no entry tax.

As a whole Goods and Services tax will be beneficial for India as it will it bring uniformity in the taxation system in the country.

[4] Arup Roychoudhury, All you need to know  about the GST constitutional amendment bill(23rd June 2016) http://www.business-standard.com/article/economy-policy/all-you-need-to-know-about-the-gst-constitutional-amendment-bill-116060300761_1.html