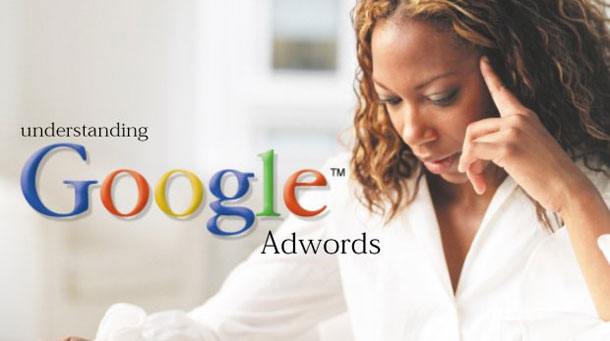 Why the hype about AdWords?

Google is one of the most successful search engines on the Web. On an average day, the number of times someone in the world goes to Google to resolve a query is a whopping 5,922,000,000. With such great numbers, businesses who are looking to advertise online line up to woo potential consumers on Google. It is a win-win situation. Google provides great traffic, while the advertisers provide Google with revenue. So much so, that Google’s total advertising revenues in 2012 were USD $42.5 billion. Google’s advertising is done through Google AdWords. It offers pay-per-click advertising. When a Google search engine user types certain keywords in the search box, the relevant advertisements appear on top of and/or on the side of the results. With the amount of traffic that Google generates, it is an effective way to get noticed. IIFP, for example, is a Google AdWords success story. The Indian Institute of Financial Planning used AdWords successfully to raise awareness in the country and in creating brand awareness too.

However, of late, Google AdWords has been facing the wrath of advertisers. Numerous suits have been filed against AdWords for fraud, click fraud and trademark law. The start of the idea itself was with a dispute. Bill Gross of Idealab originally had this advertising idea. Google wanted to buy it, but the deal could not be finalized. In 2000 Google launched its own AdWords. The similarity between Gross’ model and AdWords attracted a lawsuit. IdeaLab’s portfolio company was brought out by Overture, which was eventually bought by Yahoo. Google ended up settling the dispute out of court for 2.7 million shares.

There are various cases regarding trademark law, like Google Inc. v American Blind and Wallpaper Factory Inc. In such cases problems arises because Google allows advertisers to link their advertisements to keywords that they do not own. Thus competitors of American Blind can place terms like ‘American Blinds’ or ‘Decoratetoday’ as triggers for their advertisements. Google, in its defense, said that search results and advertisements are clearly demarcated on the page, with the advertisements coming under the ‘Sponsored Links’ head. The main question to be considered here was that whether use of these keywords was causing confusion among consumers between the trademark holder and the competitor. The Court noted that the fact that the degree of attention paid to online advertisements os less, therefore this may work in American Blind’s favour. Eventually, there was a settlement between Google and American Blind. It was a mixed bag result, as the judge believed that some points were in favour of American Blind, but Google benefitted mostly from the settlement.Eric Goldman called it “a stunning victory for Google”, as American Blind agreed not to sue as long as Google followed current trademark policy. In fact American Blind ended up paying Google $15k because of negligence in the discovery process. But, Google’s demand for a summary judgement was not fulfilled because it could not adequately prove that there is no confusion caused.

Google has also been sued for fraud in cases like Goddard v. Google, Inc. in which it was established that Google is not responsible for suggesting fraudulent websites through its AdWords tool; according to Section 230(c ) of the Communications Decency Act, according to which, ‘No provider or user of an interactive computer service shall be treated as the publisher or speaker of any information provided by another information content provider.’

One of the most infamous cases that Google has to face concerned three French companies, which alleged that Google was performing trademark infringement by selling trademarks as keywords. The judgement was given by the ECJ (Justice of the European Union) in favour of Google, saying that Google has the right to sell such keywords. However advertisers can bring a suit in case there is a confusion caused among consumers; i.e. if they are unable to differentiate whether the advertisement is a part of the copyright owner’s business or not.

In India, Consim Info Pvt. Ltd. filed a similar case against Google. Consim owns trademarks Bharatmatrimony, www.tamilmatrimony.com, www.telegumatrimony, www.bharatrimony.com, www.bengalimatrimony.com, www.muslimmatrimony.com, and sued Google for selling these as keywords. The Madras High Court decided in favour of Google, saying that these words were descriptive of services and hence there was no violation of the trademark. Section 35 of the Trademarks Act 1999, says that a bonafide description of trade is a fair defense for using protected words. Hence according to Madras HC judgement, Google would be safe as long as exact keyword is not used by a rival advertiser. For example, if there is a company called ‘BestPillowsEver’ then ‘Comfy Pillows’ can use ‘Best Pillows’, ‘Best ever pillows’ and ‘Best’, ‘Pillows’ as keywords but not ‘BestPillowsEver’. Consim then filed a case with the CCI (Competition Commission of India). The CCI is investigating these allegations. These are quite similar to the anti-trust investigations against Google in Argentina

In Eximcorp India Pvt. Ltd. V. Google India Pvt Ltd, the Competition Commission of India ruled that ‘Prima facie, this is an individual consumer dispute having no bearing on competition in India.’ In this case, Eximcorp had alleged that Google was misusing its dominant position. Payments to Google for advertising through AdWords are made by the process of bidding per click, but it upto Google’s disretion whether to place the advertisement on the first page or second page or so on of the search results. Google’s practices were called discriminatory and non-transparent, but the CCI dismissed the allegations as Eximcorp was not able to justify them.

Tips for advertisers and copyright owners

Google’s own policy upon the subject is that it investigates complaints put forward by owners of trademarks.

“Google will investigate and may restrict the use of a trademark within ad text. Ads using restricted trademarks in their ad text may not be allowed to run. This policy applies worldwide.

Exceptions: Here are some cases when the policy for ad text doesn’t apply in the way described above: