This article is written by Shreya Srivastava who is pursuing a Certificate Course in Advanced Criminal Litigation and Trial Advocacy from LawSikho.

“Hey freshie! Feeling anxious about your first day of college or secondary school?” – An innocent fear in every young mind. From excitement and hope of newfound freedom to restlessness and jitters to accord in a new sphere, each student hopes to be treated with dignity and tries to pacify his fears about being ragged. Sri Lankan universities have brought disrepute to the country over the years as a result of ‘dishonourable ragging’. Ragging was initiated with an intention to increase social interactions between seniors and juniors. It often takes a malignant form by way of practical jokes or otherwise including abuse, humiliation and harassment subjected to psychological/ physical torture and apprehensive fear. Ragging is in every term violative of human rights and is dangerously prevalent among male students compared to female students, among hostellers compared to day scholars, and among students in professional courses to other colleges.

The States as Andhra Pradesh, Maharashtra, Assam, Karnataka, Uttar Pradesh, Kerala, Goa, West Bengal, Tamil Nadu, Tripura, Chhattisgarh and Jammu & Kashmir have their own legislations on ragging laws and States not having so are in accordance with the Central legislations on ragging. They have made ragging as defined therein a cognizable and punishable offence. The Central Legislations could be said to pave way for anti-ragging laws in following ways:

Indian Penal Code– Ragging unfortunately is neither defined nor punished anywhere specifically in IPC. But there have been a number of sections that particularly can be invoked with the effects of ragging.  Acts that includes singing obscene songs or uttering obscene words, abetment of commission of suicide, voluntarily causing hurt and grievous hurt, voluntary obstruction of any person preventing him to proceed in any direction or beyond certain circumscribing limits even confining for more than 3 days, secretly for illegal acts and many serious sections of culpable homicide not amounting to murder under Section 304 of IPC etc.

UGC Regulations on Curbing the Menace of Ragging in Higher Educational Institutions, 2009– University Grants Commission passed regulations that are applicable to all the institutions and extends to all premises (whether located in-campus or outside) and transportations. It completely ensures wiping and prohibiting the activities of ragging and directs publication of total ban of ragging and punishment for same, constituting anti ragging committee and squad with allocation of separate hostels to freshers.

Other Institute Specific Regulations– Some governmental bodies like All India Council for Technical Education (AICTE) and Medical Council of India have their own laws for prevention and prohibition of ragging in technical institutions and medical colleges or universities in form of regulation of 2009.

Strict actions are to be taken so that it deters students in other colleges of the city. Ragging is a serious issue and any student who indulges in this act deserves to be dealt under it. Some of the reported incidents have crossed the limits of decency, morality, and humanity. It derives a sadistic pleasure or showing off power, authority or superiority by seniors over their juniors/freshers. But there also exists a provision cum right for all alleged accused until proven guilty and that provision is termed as grant of bails. Bails are allowed with assurance of security from pre-trial arrest. Accused are provisionally released. Ragging cases are not an exception to this provision. While dealing with grant of bail, the Court tries to maintain the balance between interest of victim and of accused. Here, one can apply for any kind of bail i.e. either anticipatory bail or regular bail.

Pre Arrest Bail- Pre arrest bails or anticipatory bails, defined under section 438 of CrPC, are most common ways opted by accused petitioners for relief against and before arrest. They are filed on apprehension of arrest on an accusation of having committed non-bailable offences. There have been precedents showing rejection of such applications to serve justice in an easy way.

Post Arrest Bail- Post-arrest bails or regular bails are generally granted to a person who has been arrested and is released from custody to ensure his presence in the trial.

Bails though have been provided based on the principle of presumption of innocence. The practice irrespective of places, types of courses and gender divide continues despite multiple judgements of the Supreme Court seeking to curb it. Courts have often ordered the government to execute a well-designed and thoroughly researched plan that is ready for implementation, but nothing seems to be working.

A study under the University Grants Commission shows that every 4 out of 10 students have been victims when admitted to higher educational institution. The theory that harassers can walk freely with help of bail and even after his conviction he is not necessarily expelled in practical scenarios from the college, aided in the rise in the number of complaints from 2013 to 2017. Of course, there are other reasons too for the hike but eventually the cases registered and bails granted in that registered cases supports it to maximum extent. Also Kerala Prohibition of Ragging Act makes ragging as bailable offence and no other stipulations otherwise in the Act. At worst, there are offences that harm the mental capacity of a student haphazardly but only offences made are bailable in nature. A discretion to virtually convert it into non-bailable offences can and ought to be invoked only sparingly and in exceptional cases unless there are satisfactory and compelling reasons.

Ragging cannot be cured merely by making it a cognizable criminal offence. The indiscipline and misbehaviours must be primarily dealt within the institutions and by exercise of disciplinary authority. Ragging can be supported by creating awareness amongst students, teachers, and parents that it is a sinful act which does no good to any one and by simultaneously generating an atmosphere of discipline by sending a clear message that no act of ragging shall be tolerated and any act of ragging shall not go unnoticed and unpunished.

It was observed less prevalent in institutions that promoted a healthy interaction between teachers and students and when there was a sense of community on the campus. There is another side too which states that 33% of students felt ragging helps build confidence and develop personality traits and 34% felt it toughened them mentally. But in general, after the entrance exam and admission’s stress, ragging adds up and can break their spirit. During recent issues of ragging, it’s time that we speak up against such bullies and also help others speak up against physical and mental assaults they face! 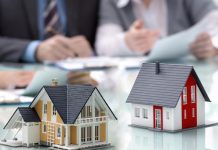 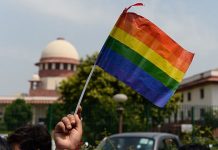 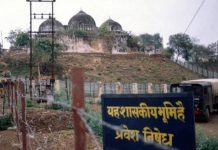 The Ayodhya judgement : past, present and the future