This article has been written by Ishanvi Makhaik, pursuing a Certificate Course in Intellectual Property Law and Prosecution from LawSikho.

Did you know that the color pink is registered for artificial sweeteners? Or that the color robin’s egg blue is registered for jewellery which is owned by Tiffany’s. Do Pepsi and Coke have any difference? The answer lies in the taste and shape of the bottle. When you enter Starbucks what gets your attention right away? Definitely, the ambience and the hit of that fragrant coffee. Another interesting example is that of United Parcel Service (UPS), a company that stood by their original color choice made back in 1916. The color brown is registered to UPS. In order to protect the color brown they have used it extensively  on uniforms, advertising, trucks and there is even a slogan for it which goes like “What can brown do for you?’’. That’s an example of a really nice color trademark.

All of these non conventional trademarks offer a way to protect the look and feel of a brand. Although individual components of a brand such as color, smell, texture, taste can be difficult to protect. It may be easier to secure another type of protection, one that goes a long way towards maintaining the uniqueness of the look and feel of the brand. It should not be assumed that trademarking a name or a logo is the only type of protection that is available for a brand. Non-traditional trademarks can be protected just like traditional trademarks but they are extra complicated that’s when the role of experienced counsel comes into play.

Traditional trademarks have been restricted to words, labels, devices, configurations, and a variety of symbols which can be depicted graphically in relation to products. Trademark has been stipulated in the Trade Marks Act, 1999 under section 2(zb) ― which describes a trademark as any mark that is in a graphic form, effective in nature whereby products of a person stand out in the market and the consumer is able to associate the product to its source. Such association can be linked to shape of goods, color combination, peculiar pattern or texture or may be simply a signature aroma.

However, over the period of time, the goods and services have found association not just based on labels, devices, symbols, words or catchy tags but also on the basis of a peculiar sound, exotic taste, unforgettable smell or texture and the ambience of the goods or services. Thus when a mark crosses the boundaries of the traditional conventional category of being judged solely by the eye it is known as Non-Conventional Mark.

The Indian laws have not laid down any specific provisions for Non-Conventional Marks exception being sound marks. Rule 26(5) of the Trade Marks Rules, 2017 provides for the criteria of applying for a sound mark. The mark has to be delivered in MP3 format which shall not be more than 30 seconds, at the same time it should be recorded in a manner that is clear and audible, contains replaying quality and the notation of the sound is capable of being visually represented. Here it is worth mentioning that The Agreement on Trade-Related Aspects of Intellectual Property Rights (TRIPS), an international agreement between the member nations of World Trade Organizations, does not provide for any provisions relating to Non-Conventional Marks. Article 15 of TRIPS lays out that the goods or services of one person if capable of being differentiated from goods or services of another person on the basis of any sign or combination of it then such sign possess the quality of being a trademark. The word ‘sign’ here is not inclusive of non conventional marks and limits itself to traditional marks such as names, letters, numerals, color combinations which are qualified for trademark registration.

Sounds have a massive impact as to how a brand is perceived by the customers. A sound mark is a mark where the sound works in order to uniquely identify the commercial origin of products and services. It acts as a source indicator when they assume a definite shape and arrangement which is created in the minds of the listener an association of the sound with a good or service. The first sound trademark that got registered in India in the year 2008 was the Yodel of the Yahoo. Some of the famous sound marks registered in USA are as follows:

The impression on the mind of a catchy color can be everlasting. However, a single color generally does not qualify to be registered as a trademark, unless it has acquired distinctiveness, due to exclusive power of usage by a single trader. Combination of colors is comparatively a lot easier to get registered than a single color as it is also backed up by Trademark Act, 1999 under section 10. Companies like Tiffany’s for the color blue and USP for the color brown, as mentioned in the beginning, have been able to get single color trademark registration in the US. There are successful instances of single colour trademark registration in India as well like the brown color label of Victronix AG, the magenta colour label of Telekom AG.

When the goods can be identified by smell, then it is termed as Smell Mark. Although it can be graphically represented by writing down the chemical formula for a smell but it is viewed as a representation of the substance rather than the smell of the product. The storage of the mark with the registry is another hassle as the sample of the smell is not durable.

Interestingly, the fragrance in a bottle of perfume cannot be trademarked as it will amount to description of the goods i.e. the perfume. Some of the examples of smell marks that are registered by the USPTO are listed hereunder:

The UK’s first smell trade mark was fragrance of roses applied to tyres which is currently owned by the company Dunlop Tyres. Another company, dealing in sports equipment, by the name Unicorn Products registered the smell trademark in the UK for the smell of bitter beer which is applied to darts. Whereas in India smell marks have not been registered till date.

Motion mark as a trademark has recently gained importance with technological advancement in     this arena. A motion mark is a moving animated object or logo, which is a brand marketing strategy to achieve a huge customer base. A well-known example is Microsoft windows logo which is seen once the windows PC or laptop is opened. Even the Lamborghini door movement has acquired protection under motion marks by the USA.

Trade dress is the overall look, appearance and feel of a product or packaging that indicates the source of the product to the buyer. Some of the classic examples of trade dress are given below:

Thus trade dress goes much beyond the product itself. It is about how impactful and visually appealing is the product to the consumers. In the case of Colgate v. Anchor, Delhi High Court gave protection to the colour combination of one third red and two third white on the container of the plaintiff as a trade dress.

Outlook of the Courts

The below mentioned judgments on non-conventional trademarks are from U.K. and US and India.

The European Court has given a landmark decision on the issue of graphical representation of non-conventional trademarks. The matter pertained to a specific scent namely “methyl cinnamate” that was described as to have a balsamic fruity smell with an inkling of cinnamon”. The court decided as follows:

Can a particular taste be trademarked? This was the question before the U.S Court to which an affirmative response was given with a prerequisite, that the consumer is able to connect the taste/flavour/aroma with its origin. Further, the importance of acquiring secondary meaning to be passed on as a trademark was also stated.

The Delhi High Court observed that in the case of trademark infringement it is the duty of the subsequent user of the trademark to steer clear of unfair practices, unethical competition and riding on the goodwill of a prior user of the mark. The emphasis should be placed in the uniqueness of their trade dress so as to stand out from the rest which will work as a proof of merit and set the consumer base.  Antithesis of distinctiveness will cause confusion about the source of the goods and the public would feel misled. In light of above, the court passed an injunction order in favour of the defendant wherein it restrained from using the red and white toothpaste color combination which is an aspect of product and packaging design and instead focus on its own authentic selling image.

Irritating inconvenience cause by Non-Conventional Marks:

A trademark is a tool that prevents confusion by directing the mind of the consumer to the source of a particular product or service. The features of this tool have witnessed a considerable change as the recognition of trademarks is not limited to the domain of products and services. Now, the recognition is based upon smell, taste, colour, combination of colors, feel, shape, etc. However, the non-conventional marks cannot be implemented as the traditional trademarks as it will create monopoly and unfair competition which will disrupt the market. Imagine a cheesy farm fresh Dominos’ pizza which looks and smells the same but made by a competitor. Thus seeking a defense for all the principalities of non-conventional marks may hamper the very essence of free trading economy and unhealthy competition will take the front seat. Although the concept as well as the law on non conventional trademarks is yet to unfold, substantially, going beyond the traditional approach is a must anyway. This paradigm shift needs to be embraced and requires a lot of work to be done in order to catch up with the new mechanism of operating in the space of trademarks. 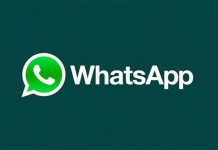 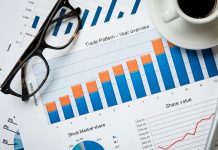 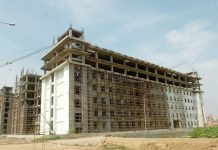