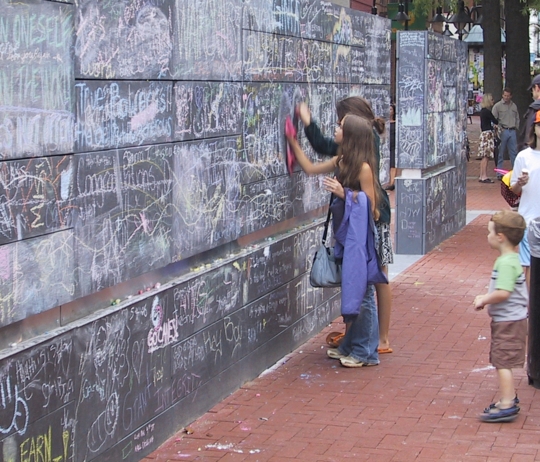 “Give me the liberty to know, to utter, and to argue freely according to conscience, above all liberties.” – John Milton . What is the understanding of hate speech in International law and how does that affect rights of individuals? Namratha Keshava, who is a third year law student writes about this esoteric but very relevant issue. Apart from blogging, she loves reading, debating, travelling and maps. She is extremely passionate about Human Rights and hopes to be framing policies with the United Nations someday. She is also interested in  religion and philosophy. Over to Namratha.

The freedom of speech and expression is a basic human right endowed on all individuals. It is enshrined in Article 19 of the United Declaration of Human Rights as well as the International Covenant of Civil and Political. This right finds protection in all national and international jurisdictions. Freedom of Speech is the bulwark of democracies. This is an unalienable right .It is the first condition of liberty and is also said to be the mother of all liberties. This right encompasses within its scope the freedom of propagation and exchange of ideas, dissemination of information, which would help formation of one’s opinion and view points and debates on matters of public concern. Free speech is vital to human dignity. It is the cornerstone of every democratic society, because it is an enabling right — a right that allows individuals to argue for their enjoyment of all other rights, from fair trials and free elections to decent living conditions[1].

Hate speech generally refers to forms of speech which incite hatred, violence and malice against an individual or a group of people. Hate speech is a term for speech intended to degrade person or group of people based on their race, gender, age, ethnicity, nationality, religion, sexual orientation, gender identity, disability, language ability, ideology, social class, occupation, appearance (height, weight, hair colour, etc), mental capacity, and any other distinction that might be considered by some as a liability[2]. Living in an age where opinions can be expressed in a global forum and information travels at the speed of light, it becomes imminent that we ensure that opinions and views being expressed do not threaten any group or individual.

The first international instrument to deal with hate speech was the International Convention on the Elimination Of all Forms of Racial Discrimination (CERD), adopted by the UN General Assembly in1965[3]. The CERD is the most comprehensive in dealing with hate speech. Under Article 4(a) of CERD different aspects of hate speech obligations were differentiated on the basis of dissemination of ideas based on racial superiority; dissemination of ideas based on racial hatred; incitement to racial discrimination; and incitement to acts of racially motivated violence. All three regional charters on human rights, the African Charter on Human Rights, The American Convention of Human Rights and the European Convention of Human Rights all provide the right to freedom of speech and expression but only the African Charter on Human Rights lays down a provision in Article 13(5) for banning hate speech.

The key elements of hate speech are intent, incitement and proscribed limits, which are explained below

Intent ; Article 20(2) of the ICCPR and Article13 (5) of the ACHR require advocacy of hatred, while Article 4(a) of CERD does not. The advocacy element can be understood as an intent requirement, so that only statements made with the intent of inciting hatred are covered. In the Jersild v. Denmark [4]case it was held by the European Court Of Human Rights that intent is very important while considering a case of hate speech.

Incitement; Article 7 of the UDHR, Article 20(1) of the ICCPR, Article 13(5) of the ACHR all apply only in cases where incitement exists. However there is a lot of debate as to what constitutes incitement, as there is no comprehensive international consensus as to the exact definition.

Causation mainly refers to whether the hate speech can cause violence or incite hatred. Context helps mainly in deciding whether the circumstances in which the offensive hate material was disseminated could incite hatred or violence.

Proscribed results; Different rules call for prohibition of statements inciting different proscribed results. Article 13(5) of ACHR is limited to incitement of violence or similar illegal actions. Article 4(a) of CERD and article 20 of ICCPR cover everything like incitement to discrimination and hatred.

In the Nahimana case[5], the ICTR Defined hate speech as, “stereotyping of ethnicity combined with its denigration”.

In 2011 the Office of the United Nation High Commissioner for Human Rights conducted expert workshops all around the world with respect to hate speeches. They came up with a comprehensive plan of action called the Rabat Plan of Action. This plan of action recognized numerous challenges to this problem of hate speech. It was noted that there is absence of legislation with respect to most of the domestic jurisdiction. It was suggested to have a high threshold for defining limitations on freedom of expression, for defining incitement to hatred, and for the application of article 20 of the ICCPR. To establish severity as the underlying consideration behind the thresholds, the incitement to hatred must refer to the most severe and deeply felt form of opprobrium. To assess the severity of the hatred, possible issues may include the cruelty of what is said or of the harm advocated and the frequency, amount and extent of the communications. In this regard, a six part threshold test was proposed for those expressions which are criminally prohibited:

This plan of action also laid emphasis on the role of the states and other international organizations in battling hate crimes.

Hate speeches are a global concern. As much as every individual is entitled to have an opinion and express it freely every individual is also entitled to feel secure and safe. There has been a sharp increase in the amount of material, which can incite hate globally. This is mainly due to the increase in use of online media. In today’s world thanks to social media, circulating hate material has become so much easier. Initially when social media didn’t have this prevalence globally, a speech spewing hate would at least be contained to a limited number of people. Now in today’s day and age one hate tweet can be retweeted another thousand times and has the whole world as a platform to view it .It is imminent that we tackle the problem of hate speeches and material inciting hate immediately. We live in societies, which are brimming with intolerance and hypersensitivity. Xenophobia, Racism, Communalism, Ethnocentrism have become household names. Hate crime shave been increasing at an exponential rate. At such a juncture, it becomes extremely important to promote intercultural dialogue and respect for other cultures, ethnicities and religions. This will be effective only when the problem of hate speech is tackled in an efficient manner.

[1] http://www.ohchr.org/en/NewsEvents/Pages, Navaneethan Pillai’s lecture on Hate Speech at the London School of economics

[6] Rabat Plan of Action on the prohibition of advocacy of national, racial or religious hatred that constitutes incitement to discrimination, hostility or violence, Conclusions and recommendations emanating from the four regional expert workshops organized by OHCHR, in 2011, and adopted by experts in Rabat, Morocco on 5 October 2012.