Written by Colin Fernandes, pursuing Diploma in Entrepreneurship Administration and Business Laws offered by Lawsikho as part of his coursework.  Colin is currently working as Tax Manager in an MNC. 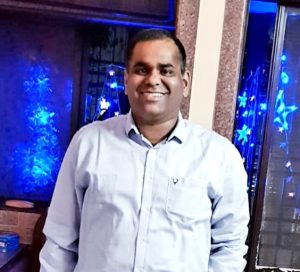 What is a Hawala Transaction?

Hawala is an illegal foreign exchange market where trading of currency happens outside the parallel (black) controlled financial channels i.e. currency is purchased and sold by dealers who are not “authorized dealers” (“authorized person” means an authorized dealer, money changer, off-shore banking unit or any other person for the time being authorized under sub-section (1) of section 10 to deal in foreign exchange or foreign securities;) at rates different than the rate mandated by the Reserve Bank of India.

How do Hawala transactions work?

Hawala is used by a number of the Indian diaspora in African & Middle East countries to send money home. This is because it is cheaper than the formal remittance services, and many migrants (some of them illegal) do not have access to banks.

Let’s take an example, say if “Mr. A” a NRI working in UAE wants to send 1,000 AED to his family member in Mumbai. If he sent this money through Authorized dealer, he receives rupees at prevailing exchange rate (regulated b Reserve Bank of India) of INR 19/AED. The exchange rate for the same in uncontrolled (black) is INR 22/AED.

Mr. A contacts a Hawala operator in UAE and gives AED 1,000 to him. The UAE Hawala operator’s counterparty in India, pays INR 22/AED to the family members of NRI in Mumbai. The transaction between Hawala dealer in AED and his counterparty India are not done through authorized dealers and there is no official record of this transaction.

Are Hawala Transactions legal within the meaning of FEMA Act?

Article 3 of the FEMA Act, 1999 states that no person shall—

(a) deal in or transfer any foreign exchange or foreign security to any person not being an authorized person;

(d) enter into any financial transaction in India as consideration for or in association with acquisition or creation or transfer of a right to acquire, any asset outside India by any person.

As the Hawala dealers do not comply with the above article, the transactions carried out by them are illegal.

Why do Hawala transaction exists?

There are many reasons behind the existence of a Hawala system. One of the reason is converting the Indian rupee into a foreign currency.  Indian Rupee is not fully convertible i.e Indian rupee cannot be exchanged (above a limit) without the prior approval of the Reserve Bank of India and Government of India (also other departments like Income Tax, etc.). There are restrictions also imposed under Article 4,5,6 and 7 of the FEMA Act.

Due to the existence of Hawala system, it allows India rupee to be fully convertible. Let say that any person in India wants to convert his black money held in India to US Dollars. This is possible due to the existence of the Hawala system. The Money leaves the country without the knowledge of the regulators ie. RBI, Income Tax, etc. which has an impact on the country’s economy

What is the penalty imposed under the FEMA Act for Hawala transactions?

Article 4 (section 13 to 15), of the FEMA act, imposes penalty on persons violating the Act. Penalties include:

How does Hawala impact India?

Some of the famous Hawala cases of India:

In March 2007, Hasan Ali’s properties were raided by India’s Enforcement Directorate (ED) and Income Tax officials based on allegations of hawala transactions.

(Source:https://www.indiatoday.in/india/north/story/who-is-hassan-ali-khan-129620-2011-    03-03)Current status:  As of October 2013,[10] Hasan Ali is in jail since his bail petitions have been rejected several times by various courts[11] including the Bombay High Court[12] and the Supreme Court of India.

Current status: More than two decades after it triggered a political landslide, a city court has discharged SK Jain, his employee JK Jain and others from charges of Foreign Exchange Regulation Act violations in the infamous Jain hawala case.

Mohammad Farooq, one of Mumbai’s biggest Hawala operator was arrested by enforcement agencies in connection with Rs. 2000 crore money laundering case involving his Stelkon Infratel Pvt ltd and network of 160 shell companies from a one room office in Zaveri bazaar.

Measures to curb Hawala: Is it possible?

During recent years, Government of India has introduced various measures to control the Hawala transactions. Below are few measures introduced: