This article is written by S.Aditya, a graduate of B.B.A. LL.B. from KLE Society’s Law College, Bengaluru. The article focuses on the history of the present company legislation of India.

As we all know that India has drawn a lot of legislation from England. Similarly, in the case of Companies law, India enacted company law based upon the company law enacted in England. The three phases which influenced the Company legislations may be divided as i) Colonization era; ii) Period after World War II & iii) the Opening up of Indian markets in the year 1990.

In the year 1850, the first Company enactment for the registration of the joint-stock company was introduced in India. This enactment as mentioned before was based upon the English Companies Act, 1844.

By the end of 1950, Bhabha committee was set up under the chairmanship of H. C. Bhabha. For the difference of Indian Companies Act with reference to the development of Indian trade and industry.

The committee submitted its report on 1952, this report of Bhabha committee was accepted Companies (Amendment) Act, 1956. This legislation was made keeping in mind the English legislation of Companies Act in 1948.

The period of the Second World War and the post-war years witnessed an upsurge of Industrial and commercial activity on an unprecedented scale in India and large profits were made by businessmen through incorporated companies. The Government of India took up the revision of Company Law immediately after the termination of the last war. Two company lawyers— one from Bombay and the other from Madras— were successively appointed to advise Government on the broad lines on which, the Indian Companies Act, 1913, should be revised and recast in the light of the experience gained during the war years. Their reports were considered by Government and a memorandum embodying its tentative views was circulated towards the end of 1949 for eliciting an opinion.

On 28th October 1950, the Government of India appointed a Committee of twelve members representing various interests under the chairmanship of Shri H. C. Bhabha, to go into the entire question of the revision of the Companies Act, with particular significance to the development of trade and industry of India. This Committee, popularly known as the Bhabha Committee, submitted its report in March, 1952, recommending comprehensive changes in the Companies Act of 1913. The report of the Bhabha Committee was again the subject of discussion and comment by Chambers of Commerce, Trade associations, professional bodies, leading industrialists, shareholders and representatives of labour. The Bill, which eventually emerged as the Companies Act, 1956, was introduced in Parliament on 2nd September 1953. IT was a comprehensive and consolidating as well as amending piece of legislation. The Bill was referred to a Joint Committee of both Houses of Parliament in May, 1954. The Joint Committee submitted its report in May, 1955, making some material amendments to the Bill. The Bill, as amended by the Joint Committee, underwent some further amendments In Parliament and was passed in November, 1955. The new Companies Act (I of 1956) came into force from 1st April, 1956.

The Amendments in the Companies Act, 1956

As any other legislation various amendments were made to the Companies Act 1956 as mentioned below:

Opening of the market gates to the Globe-1990

The Era of liberalisation, privatization and globalisation saw the anachronistic Companies legislation made in time of closed market and hence inadequate to handle the global entry. This non-conducive legislation would have obstructed the Indian Corporate Sector. In pursuance to this necessity the Companies Bill, 1993 was formed but was later withdrawn. The Depositories Act, 1996 was introduced in India and later a working Group was constituted to rewrite the Companies Act, 1956. In pursuance to above made effort the Companies Bill, 1997 was introduced in Rajya Sabha on August 14, 1997 in order to replace the prior legislation.

The objectives of the Companies (Amendment) Act, 1999:

The changes brought by the Companies (Amendment) Act, 1999 are:

The Companies (Amendment) Act, 2006, was brought into force on 1.11.2006 wherein it introduced the Director Identification Number (DIN) and also introduced electronic filing of various returns and forms.

The New Enactment of the New Society

The Companies (Amendment) Act, 2015: It received the presidential assent on May, 2015 and became operate on 29th May, 2015. It is designed to address the issues of the stakeholders such as Chartered Accountants and other professionals.

Key Amendments brought in by the Companies (Amendment) Act, 2015 may be explained as follows:

No minimum paid-up share Capital requirements will now apply for incorporating private as well as Public Companies in India.

In the case of related party transactions which requires stake-holders approval relaxation has been given wherein earlier required special resolution has been replaced by the ordinary resolution.

Inspection of the resolution filed with the Registrar

This Act has limited public access of such resolutions relating mainly to the strategic business matters. Such documents will no longer be available for the public to review or permitted to take copy of.

Violations of Acceptance of Deposits

Companies Act of 2013 provisions in relation to the Acceptance/ renewal/ repayment of deposits. However no specific penalty prescribed for the new compliance with the relevant provision i.e. Section 13 and Section 76.

A new Section 76A has been introduced for these non-compliances. The defaulting company will be liable for a minimum fine of INR 1 crore and maximum amount of INR 100 crore in addition to the amount of deposit or part thereof alongwith interest.

The Companies Act, 2015 has introduced a proviso which states that a company must set-off the losses and depreciation carried over from past years against the profits of the company before declaring dividend for a financial year.

The Companies (Amendment) Act, 2019 received the assent of the President on the 31st July, 2019. While introducing the Bill in the Lok Sabha, the Hon’ble Finance and Corporate Affairs Minister, Nirmala Sitharaman said, “the Bill seeks to ensure more accountability and better enforcement to strengthen the corporate governance norms and compliance management in corporate sector as enshrined in the Companies Act, 2013”.

The Major reforms undertaken by the Ordinance of 2018 and 2019 include the following:

The Amendment brought to the legislation were earlier reactive in nature for instance the major amendments were the reaction to the global phenomenon of i) Colonization era; ii) Period after World War II & iii) the Opening up of Indian markets in the year 1990. But the recent Amendments are more Proactive in nature and seeks to increase the efficacy of the Legislation with respect to the dynamics of the Society. 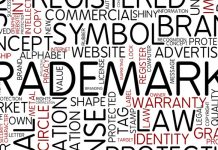