This article is written by Apekshya Koirala. The article discusses contractual clauses that should be executed between Oyo group of hotel and property owners governing pricing in light of its business model.

There are certain contractual clauses that must be executed between OYO and property owner to govern their pricing, in light of the business model adopted by the oyo private limited company.

Termination of an operator based on their performance

This is usually a rare occasion wherein the operator is terminated on their failure to perform their obligations as agreed upon in the agreement. If in case the operator miserably fails to achieve the promised target of profit in the business, then this clause can be inserted in the contract to secure interest of the owner of the property. It is indeed a challenge for the oyo group and the property owners to formulate a measure which allows termination of a hotel management agreement in certain kinds of situations. These circumstances are when the operator virtually lacks the expertise to run the hotel at an acceptable level of profitability.

The operator could prevent the termination from taking place by paying up the loss incurred by the property owner.

Contractual clause related to the choice of law

The owner of the property and oyo hotels private limited should include a clause providing as to how a dispute should be resolved if in case any arises in future. The question as to whether normal litigation process is approached or an arbitration clause is included in the agreement as a dispute resolution mechanism must be clearly addressed in the agreement. With respect to this issue, it would be advisable to include the mode of payment of expenses incurred by both the parties during the entire process in this contractual clause.

Contractual clause with regards to the services offered

Another important clause that shouldn’t be ignored is, as to in what manner, is the distribution of fund is made between oyo company and the property owner with regards to the services provided to the customers.

When it comes down to Hotel Management Agreement, it imposes an obligation on the owner to Non-Disturbance Agreement from the financier. This agreement is normally understood as a tri-partite agreement between operator, financier and the owner of the property. This type of agreement is brought in to force because it mandates the financier in case of default of payment by the operator or owner to take over in control of the hotel in accordance with the terms and conditions of the hotel management agreement. This agreement also mandates the operator to tender relevant notices to the owners and also permits the financier with the opportunity to indemnify an owner’s default, thereby upholding the principle of hotel management agreement.

There needs to be a contractual clause dealing with the liability of the owner of the property and oravel private limited hotels pertaining to the bankruptcy of this business model. The risk coping mechanism must be devised in the agreement in case of loss of business, in order to align the possible risk in future.

Clause on expenses and expenditure incurred

It needs to be clearly clarified in the agreement between the oyo hotel and property owners on the obligation of one of the party to bear the cost, expenses and the expenditure that results out during the operation of the business.

Clause on breach of contract

Whenever there is breach of contract, a proper specific modus operandi must be elaborated and the party whoever is liable for so must abide by the obligation imposed by the clause in the contract. It needs to also specify whether the party breaching will reimburse by paying the fixed deposit or through a medium of installment.

This is one of the very important clause in this kind of a business model which is more of a franchising model. By virtue of its nature of the business, the hotel owners are required to maintain the certain specific precise standardization guidelines as laid down by the oravel hotels private limited company. This places higher importance on the quality of services rendered by that particular hotel which is marketed under the brand value of oyo hotels pvt ltd. This relies huge emphasis on the customer satisfaction which ultimately helps in developing stronger brand value for the company.

Therefore, it becomes imperative to include the obligation on a service provider to abide by the strict guidelines in upholding of the brand standard. If this condition appears to be neglected then under the aegis of this clause compensation of a specific amount needs to be specified in the contract.

Clause on sale of  the property

The owner of the property retains his status as an owner in this kind of a business structure. However, certain contingencies might occur in future wherein the owner probably will be required to sale the property under which the oyo hotel is operated. This clause is incorporated with a vision to protect the interest of the oyo company to be compensated within the time limit as set under the agreement. Thus, there needs to be certain kind of provision which provides for the guidelines to be abided by the property owner and determination of total amount of compensation for the party who gets affected by the decision taken by the owner.

Clause on division of profit

Whenever a customer books for a oyo room in a hotel owned by a different person, then in such circumstances, the hotel owner is getting a customer under the brand name of oyoy rooms. Hence, it is the need of the hour for a contractual agreement to include the modes of profit distribution between the owner and the private limited company. The agreement should include a clause determining the amount of profit sharing.

Clause on remuneration of worker

The contractual agreement should include the amount of salary paid to the workers and determination of the total amount paid to each individual working in the hotel.

The more likely it will be paid promptly and it will avoid the future fee related dispute. Such disputes are disagreeable and can even lead to the loss of future work with the same client.  In the contractual clause there has to be limitation of liability clause. 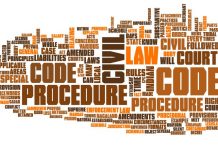 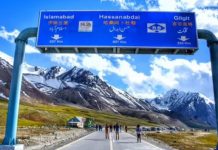