This article is written by Vansh Ved.

Basis for the claim

The Article 12 of the Indian Constitution covers the bodies included under the definition of ‘State’ according to the Constitution. The Government of India, the Parliament as well as the legislature and Government of the States along with local and other authorities come under the definition of a ‘State’. A recent decision by the RBI in the case of M/s Pearson Drums and Barrels Pvt. Ltd. Vs the General Manager, Consumer Education & Protection Cell of Reserve Bank of India and others set a precedent that could change the way the RBI and banks under it as well as private players in the banking industry operate.

This case was filed by Pearson Drums and Barrels Pvt. Ltd. (referred to as petitioner further in the article) against an order of the CEPC, RBI which was preceded by an event of non-compliance of general contractual rules on the part of Induslnd Bank. The decision of the Calcutta High Court presided over by Justice Sabyasachi Bhattacharya stated that the Reserve Bank of India clearly comes under the definition of State given down in Article 12 of the Constitution of India. He also added that private banks fundamentally function most of the times towards fulfillment of ‘public duties’ and hence cannot escape the tag of being called ‘state-actors’. This changes a lot of things and finds a way to establish that the RBI, its bodies and Private Banks come under Writ Jurisdiction. This article will provide a background of the arrival at this decision and additionally, will elaborate on the possible impact of such an interpretation of the Article 12 on private banks.

Background and Reasoning behind the case in point

The ‘Petitioner’ in the above-mentioned case was granted ‘in-principle’ sanction for an amount worth over Rs. 25 crores. The bank subsequently sent an email regarding the processing fees along with the rates and taxes (0.60%) which had to be paid by the petitioner. The said processing fee amounted to a sum of Rs. 14,27,850 which, the bank assured, that if due to ‘any reason’ the sanction did not get completed or simply, did not go through ‘from the bank’s end’ the bank would refund the entire amount of.

The petitioner thus decided to file a writ petition for refund of the entire transaction fees plus the interest for delay in repayment. This petition was not only against Induslnd bank for the refund but also against the Assistant General Manager of CEPC, RBI. The maintainability of this petition was put to question but it was held that the petition is maintainable as the RBI is clearly an ‘instrumentality of the state’ and the private bank is functioning in a public role therefore, a writ petition is eligible to be filed. The Judge also held that the issue at hand did not just pertain to the single party that raised a voice against it and hence has a broader scope and impact in terms of the precedent that is set in this case. The claim that the petition was not maintainable was turned down due to all the above-mentioned reasons.

Impact of the Judgement on Private Banks

The reason why this judgement could have a major impact on private banks is that it established a square and coherent thumb rule for recruiters and loaning officers and analysts of private players in the banking industry. The rule being, a writ petition can in fact, be filed against them. And we are not essentially speaking of prerogative writs like mandamus and quo warranto.

High Courts in India can issue writs and accept writ petitions other than the prerogative writs and under the Article 226, a writ petition can be filed against any person or authority performing public duty. The decision in the case of M/s Pearson Drums and Barrels Pvt. Ltd. Vs the General Manager, Consumer Education & Protection Cell of Reserve Bank of India and others sets the precedent that a writ petition against the RBI, any of its body as well as Private Banks is maintainable in their discharge of functions which are of public nature. The questions raised in a petition, if turn out to affect not just the petitioner solely, but also seem to have a larger impact and implication with regards to the liability of the institution held liable, then such petition stands the right to be maintainable in a court of law.

This interpretation by Justice Bhattacharya leads us to a very crucial conclusion. A private bank, initially used to be considered a non-state actor, free from the liabilities and duties that a state body or state-run institution takes up. Just as in the case of a 2015 infamous job rejection, a 22-year-old MBA graduate, Zeshan Khan was denied a job and rejected just for the sake of being a Muslim. The recruiter, a diamond exporter explicitly denied Mr. Khan of the job solely for the reason that he was a Muslim. A private bank could initially commit such a shady act and get away with it just as the diamond exporter did, but it cannot anymore. A denial of job based on the religion of a candidate is the direct denial of the fundamental right of equal opportunity and an outright discriminatory act based on an individual’s religion. Such a claim has a wider implication and, not to mention, a stricter liability in case of a private bank and hence, a writ petition in this case is a hundred percent maintainable one.

The same instance could take place while banks are handing out personal loans to the general public. It is common knowledge that several loan requests get turned down by private banks due to the simple reason that the potential clients belong to a particular religion. If the banks do not tactically cover up the rejection of the request, they could land in trouble due to a cause arising against them in legality as an individual could then make a case of discrimination during the discharge of public duty and consequently file a writ petition.

This is just a further inference drawn out of the recent interpretation made by the Calcutta HC in the above-mentioned case of Induslnd bank and Pearson Drums and Barrels Co. An order dated December 3rd, 2020 by the Allahabad High Court in case of Kailashi Devi vs Branch Manager and Another concluded that private financial institutions carrying out their commercial business, even though pertaining to their public duties, do not come under the definition of State under Article 12 of the Indian Constitution. The present article does not challenge or comment on the claim of whether a privately run banking institution comes/should come under the definition of State under Article 12. It in fact, challenges another interpretation of the same case of whether such institution comes under Writ Jurisdiction. Whereas the Judge in the Allahabad case held otherwise, the Calcutta High Court’s decision remains the milestone for the conclusion put forth by this article. 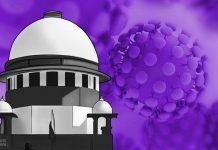 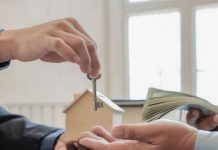 Status of tenant and landlord relationship in India