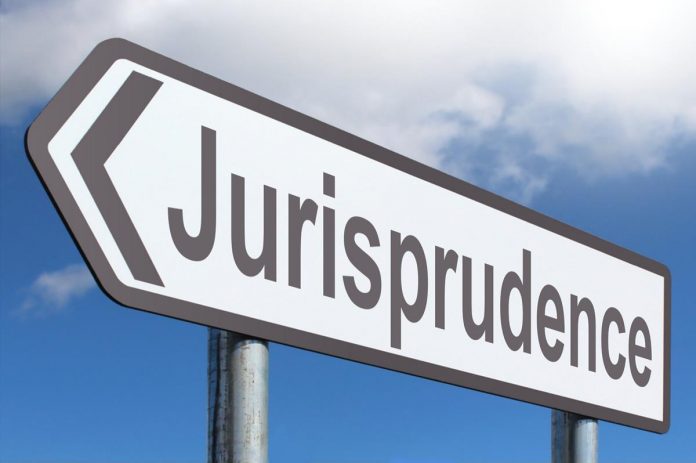 This article has been written by Sumona Saha, pursuing a Diploma in Technology Law, Fintech Regulations and Technology Contracts from LawSikho. It has been edited by Ojuswi (Associate, LawSikho).

Cyber Jurisprudence has been defined as the application of jurisprudence to the internet and computer networks. The field has proliferated in recent years, as courts grapple with issues such as the legality of online defamation, wrongful dismissal based on online communications, and online users’ privacy rights.

The above dispute forms a part of the intellectual property protections under the umbrella of cyber jurisprudence.  A lot more comes under the same discipline. The following article elaborates upon the same.

One of the earliest cases involving the internet was Cubby, Inc. v. CompuServe, Inc., 776 F. Supp. 135 (S.D.N.Y. 1991). This case revolved around the issue of whether CompuServe could be held liable for the actions of its users. The court ultimately ruled that CompuServe was not liable for the actions of its users, setting a precedent for the way we think about internet service providers today.

Another important case is Zeran v. America Online, Inc., 129 F.3d 327 (4th Cir. 1997). This case revolved around the issue of whether AOL could be held liable for the actions of its users. AOL has been sued by Zeran Technologies, a company that specializes in web security, for patent infringement. The patents in question cover technologies used in AOL’s Instant Messenger and webmail services. AOL has been ordered to pay Zeran a total of $1.65 million in damages.

Zeran Technologies claims that AOL has been using its patented technologies without permission. In particular, the company takes issue with AOL’s use of “session cookies” to keep users logged in to its services. Session cookies are small pieces of data that are stored on a user’s computer when they visit a website. They are used to identify the user and track their movements across the web. AOL has defended its use of session cookies by claiming that they are necessary for the seamless user experience that is central to its services. However, Zeran Technologies argues that cookies should only be used for tracking purposes and not for marketing or advertising purposes.

Cyber jurisprudence is the study of the legal issues surrounding the use of technology, particularly the internet. It encompasses a wide range of topics, including freedom of speech, privacy, intellectual property, and cybercrime.

With the rapid growth of the internet and the increased use of technology in our everyday lives, cyber jurisprudence has become an increasingly important area of study. As our reliance on technology grows, so too do the legal implications of its use.

Cyber jurisprudence is still a relatively new field, and as such, there is much still to be explored. However, it is an important area of study that will only become more so in the years to come.

The concept of cybercrime is not radically different from the concept of conventional crime. Both include conduct where there is an act or omission which causes a breach of rule of law and are counterbalanced by the sanction of the state.

In order to understand the term cybercrime first, one needs to know what crime is.

Definition of Crime According to Eminent Jurists are as follows: –

Thus, Cybercrime refers to any crime that is committed using the Internet or other computer networks. Cybercrime can take many different forms, including online fraud, online harassment, identity theft, and cyber espionage. Cybercrime can be difficult to investigate and prosecute, because many cybercrime crimes are committed online, in secret, and without witnesses.

Cybercrime is on the rise, and law enforcement is struggling to keep up. In 2016, the FBI reported that more than $1.5 billion was stolen in cybercrime attacks and that the number of cybercrime victims is growing every year. Cybercrime is also becoming more sophisticated, and criminals are increasingly using cyberattacks to steal personal information, financial data, and intellectual property.

Grounds for the growth of cybercrime

According to H.L.A Hart in his book “The Concept of Law” – Human beings are vulnerable so the rule of law is required to protect them”.

This concept applies to cyberspace also. Rule of law is required to protect and safeguard cyberspace and cybercrime arising therefrom.

Reasons for the vulnerability of cyberspace may be summed up as follows: –

To protect oneself from possible cybercrimes, one needs to firstly, educate themself. Attempts are needed to be made to know at least the basics of cyber security: what is cybercrime, how does it happen, and what can one do in case of a breach?

Another method is to use a firewall. A firewall helps protect the computer from viruses and other online threats. Using a password manager can also help. A password manager helps one create strong passwords and keep them safe.

Further, two-factor authentication should be preferred. Two-factor authentication adds an extra layer of security to the online accounts of a user. Efforts are to be made to keep up to date with anti-viruses. One should make sure that the computer is updated on security patches, which can protect you from computer viruses and other online threats.

It is important to remember that the internet is a global medium. This means that any legal issues that arise from the online activity will likely have an international dimension. It is also important to remember that the law is constantly evolving to keep pace with the ever-changing landscape of the internet. With cyber jurisprudence developing abreast with cyberspace development, it is essential to keep oneself updated. It Is important to be aware of the unique challenges that come with enforcing the law in the digital world so that one can prepare well against infinite possible breaches.

All about cyber extortion

How to prevent cyber crime