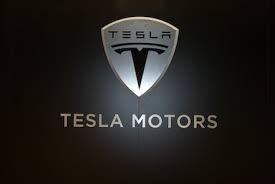 The decision of Elon Musk, the CEO of Tesla Motors, to release Tesla’s patents to the general public has been the primary subject of recent debates about the role of patents amongst intellectual property experts, automobile manufacturers, technology experts and other stakeholders.

California-based Tesla Motors specializes in manufacturing electric cars and has emerged as a leader in this field.Musk’s decision has the potential of fundamentally changing the way in which patents are used by large businesses across the globe.

In order to fully appreciate the impact that this decision could have, we first need to understand how patents are generally used by most companies currently.

For most companies, patents are among their most prized assets.To them, patents represent the safest way of ensuring that their inventions – anything from a process to a machine – are not misused by their competitors to their disadvantage without their permission.

Many experts believe that patents are often not acquired with the primary goal of commercially exploiting an invention; instead, they are acquired with the goal of preventing others from commercially exploiting that invention.In fact, many companies believe that having a robust strategy for protecting their patents is indispensable for maintaining a respectable position in the industry.As a result, companies often work assiduously to secure patent protection for their inventions as soon as they can and then fiercely protect their patents in courts of law.

While patents are definitely essential for protecting an organization’s intellectual property, they are often misused for thwarting competition and innovation in the market.Such patents end up as landmines in the path of progress and have the chilling effect of preventing others from inventing new products or improving the efficacy of existing inventions.This phenomenon, which is commonly known as patent trolling, has spread its tentacles in almost every sphere of business, especially in the software industry.
As this article in the Washington Post indicates, over 5,000 firms have been named as defendants in frivolous patent lawsuits in recent years, costing these firms 29 billion dollars.

Reasons for Tesla’s decision to release its patents:

In a recent blog post while explaining Tesla’s decision not to sue anyone using their patents in good faith, Elon Musk gave a number of cogent reasons for this radical move.

Musk is of the view that releasing these patents to Tesla’s competitors will lead to a sharp rise in the production of electric cars and will help to tackle the carbon crisis and other negative effects of climate change.

“Our true competition is not the small trickle of non-Tesla electric cars being produced, but rather the enormous flood of gasoline cars pouring out of the world’s factories every day,” Musk wrote.

Tesla has a large array of patents on, inter alia, electric batteries and electric control systems, and releasing these patents to the general public will definitely pave the way for a rapidly-evolving technology platform.Moreover, Tesla does not seem to fear the fact that such a move might significantly harm its market position by arming its competitors with the information that they need for catching up with Tesla.

“We believe that applying the open source philosophy to our patents will strengthen rather than diminish Tesla’s position in this regard,” Musk wrote in his post.

Notwithstanding Musk’s altruistic motives, Tesla’s decision also makes sense from a strategic perspective.Tesla’s decision will generate a lot of interest in an industry that has hitherto been largely ignored by most car manufacturers and buyers. Tesla, as the market leader in the electric car industry, stands to gain the most from this development.As Clem Chambers rightly notes in this article, Tesla’s decision is predicated on the principle ‘what is good for jeans is good for Levi’s’.In addition, this decision also reflects Tesla’s confidence in their ability to grow and innovate faster than their competitors.

Possible implications of the decision:

Tesla’s decision is very significant from the perspective of all organizations, especially in the technology industry, that primarily rely on patents for reducing competition in the market.If the decision pays off, it may pave the way for the free dissemination of knowledge across a range of sectors.

At a time when patents have been at the heart of some of the most fiercely contested lawsuits in recent years among companies like Google, Apple and Samsung, Tesla’s decision may mark the beginning of a new era.More specifically, if Tesla is able to maintain its market position despite not controlling its patents, companies may realize the futility of protecting their patents so fiercely.Not only would this allow companies to spend their vast resources on inventing new products instead of fighting over old ones, but it would also put an end to the kind of patent abuse that is currently so rampant.