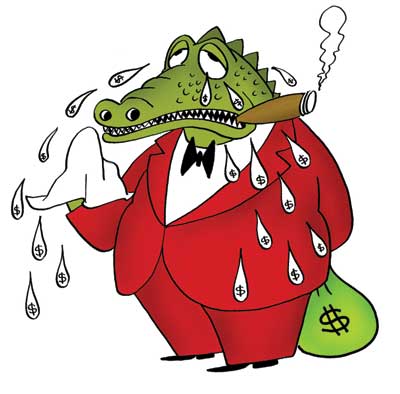 Lot of articles and data reports are doing the rounds on the internet highlighting the loopholes present in the Sexual Harassment of Women at Workplace Act, 2013. One such loophole is that of malicious or fake complaints being filed to exact revenge, discredit certain senior executives or public figures and gain monetary benefits out of settlements. Malicious complaints are those complaints which are filed with a malicious intent; i.e., an intention to harm. The essential element here is that of malice, and not all unproven charges qualify as malicious content.

Section 14 of the Act tries to tackle the problem of filing malicious complaints by prescribing punishment for those who file such complaints. Since lack of proof does not necessarily mean that the complaint is malicious, – it is a difficult task to establish that a certain complaint was filed with malice and not for a genuine reason.

The main problem associated with malicious complaints from the point of view of any employer is that a lot of productive resources can be unnecessarily wasted. Once a complaint has been filed, it has to go through the Internal Complaints Committee (ICC) without exception. Even prima facie cases of malicious complaints cannot be rejected without an inquiry. An inquiry report has to be submitted in all the cases and the interim requests which are made by the complainant also need to be granted as and when required.

To save valuable resources from getting wasted in dealing with such complaints, it is the employers’ responsibility to keep a check on suchcomplaints. The best way to go about this is by setting a deterrent – which will prevent frivolous complaints from getting filed but will not discourage genuine cases from being brought forward.

How can such a deterrent against malicious sexual harassment complaints be implemented?

Setting a deterrent does not mean creating a hostile environment which will make every employee apprehensive abo­ut filing a complaint. Employees must be encouraged to bring into notice anything which is uncomfortable and undesirable to them. The goal is to prevent the misuse of the provisions designed to protect women at the workplace. This deterrence cannot be created by setting an example of somebody who was punished for filing a malicious complaint as every employee who files a complaint under this Act is protected by the provisions providing for confidentiality. You can learn more about this here in a micro-course designed to make common people aware of their rights against sexual harassment. Employers can gain access to an entire toolbox that would help them to deploy effective measures against sexual harassment. Striking the balance is necessary, and it is not very easy.

What needs to be done once the complaint has been filed?

Once any malicious complaint has been filed, the entire concept of deterrence fails. However, it is very important to not presume maliciousness. If the management has any intelligence or information that indicates a conspiracy or malicious intent behind a complaint, it is prudent that conciliation be encouraged and properly guided. Conciliation should not be suggested or imposed by the management, but the person who brings the charges should know that she has a right to opt for conciliation.  Conciliation is an alternate means of dispute resolution where an attempt is made to settle the dispute without a face off or further adversity. If the person who filed the complaint indicates an intention to opt for conciliation, an impartial and experienced conciliator should meet the parties separately in an attempt to resolve their differences. This process needs to be properly monitored in order to minimize the abuse of the settlement process and extortionist claims. Focus needs to be on providing suitable apologies and arriving at a consensus; and not on monetary compensation – which is in any case barred by law. But if it doesn’t work out as planned (as may be the case with many of the malicious complaints), you need to wait for the ICC to submit its Inquiry Report before taking any step.

Due to the nature of the job at hand, ICC needs to do its job very well. This is not very easy because it is hard to distinguish a complaint with no merits with that of a complaint with a malicious intent. Therefore, it is highly recommended that the members of ICC are trained about how evidence needs to be appreciated and what are the recommendations which need to be made. Such training is quite rare, but a cloud based cost efficient solution can be found here.

Evidence which includes accounts of behaviour, messages & e-mails should not be taken out of their context, but considered contextually. The circumstances which led to such evidence needs to be appreciated and linked properly to the issue at hand so that its context can be understood. Click here to know how iPleaders can help you regarding this.

Pushed against the wall

In some cases, it is also possible that the disgruntled employee might threaten to take this issue to the media. Though her allegations might be proven wrong at a later stage, the damage which would be caused to the employer company or the accused executive could be catastrophic. Such threats (express or implied) of going public are generally pressure tactics which are adopted by the employee to force the employer into making a favourable decision. When faced with such a problem, it would not be logical to take a rash decision like firing the employee or suspending the employee as it can create more legal problems. The employer, when facing such trouble, can approach the Court seeking the appropriate remedy, including injunctions. Consult your lawyer to know more about the available alternatives.

If the complainant is found to have filed a complaint with malicious intent, it is important that she should not only be penalised (monetarily) but also be punished in accordance with the recommendations of the ICC and the relevant service rules which are applicable. As important it is to punish the complainant, it is even more important to not take any irrational decision in the form of a punishment which is in excess to the offence. Employees must be encouraged to approach their superiors if they have any problems and such problems need to be nipped out at their bud as it is these problems which become out of control as a result of neglect and inaction. Sexual Harassment against Women at Workplace (and otherwise) is an evil which we need to weed out.

Follow this blog to know more about Sexual Harassment of Women at Workplace Act, 2013.

Article is written by:

All you need to know about sexism and online politics

Employment of women in factories under the Factories Act, 1948

Protection of women from rape under the Indian criminal jurisprudence