This article is written by Arunima Sharma, a 3rd year law student from School of Law, Christ University, Bengaluru pursuing her degree in BA LLB. The article elaborates on the alcohol laws in the city of Mumbai in situations where a licence applicant wants to sell liquor.

A liquor licence is a permit given to allow the trade of alcoholic beverages in each state by the state government. Every state has different regulations regarding granting the same but each involves a thorough examination of the details of the licence applicant. But as of 2019, Maharashtra is the only state that requires liquor licence for possession, consumption, or transportation alcoholic beverages.

In Mumbai, granting of licence is governed by Bombay Prohibition Act 1949 which governs possessing, consuming, purchase and transport of liquor. To get this licence, the holder must be 25 years of age or more.

Such liquor licence is issued under the Bombay Foreign Liquor Rules 1953. Rule No. 24, 44, 47 as well as the Special permit rules govern the process of licencing.

A licence may be an on-licence which allows the consumers in a bar or a restaurant to sit and consume alcohol but in the case of a permit to sell alcoholic beverages, an off-licence is required.

A broad classification of types of licence is in two parts- Wholesale and Retail- these two are differentiated, essentially, on the basis of the form in which the licence is given.

A license in Form C.I.W II, which permits a licence holder to sell duty paid country liquor in wholesale, is a wholesale licence.

Examples of wholesale licences are as follows:

Retail licence is the one obtained in Form C.L.III or C.L./F.L.

These may be of the following types:

In which cases is a licence required

According to the Bombay Prohibition Act, 1949, a liquor licence is required broadly in the following cases:

Further, a licence is granted for other reasons as well. Some of them are as follows:

Conditions for granting a licence

The following sections of the Act provide provisions under which a certain authority will grant a licence:

“(1) The State Government may, by rules or an order in writing, authorise an officer to grant a vendor’s licence for the sale of foreign liquor.

(2) A vendor’s licence shall be granted on the following conditions:

(i) the stock of foreign liquor with the licensee (except what is permitted for the disposal in the shop) shall be kept by him at [godown] approved by Government.

(iii) the licensee shall pay all rent, costs, charges and expenses incidental to warehousing and supervision;

(iv) the licensee may sell any part of the stock of foreign liquor to foreign liquor licensees or to chemists, canteens, messes and clubs, holding licences in the State, or to any persons outside the State, subject to such conditions as the Commissioner may impose;

(v) the licensee shall be permitted to sell foreign liquor only to holders of permits of authorizations;

(vi) the licensee shall be entitled to keep in his shop such quantity liquor as may be required by him from time to time for retail sale;

(vii) the licensee shall keep accounts and shall dispose of foreign liquor according to such instructions as may be given by the Commissioner, or any officer authorized in this behalf by the commissioner.”

Section 34 is the provision for the state government to grant a vendor’s licence for the purpose of sale of foreign liquor. Subsection 2 of this section states the prerequisite / the conditions required to be fulfilled for granting the licence. They are as follows:

“(1) The  State Government may, by rules or an order in writing, authorize an officer to grant licences to the managers of hotels to sell foreign liquor to the holders of permits granted under this Act: Provided that the State Government is satisfied that such hotel has ordinarily a sufficient number of boarders eligible to hold permits.

(2) Such licences shall be issued on the following conditions:

(i) liquor shall be sold to the permit holders residing or boarding at the hotel,

(ii) Consumption of liquor sold shall not be allowed in any of the rooms of the hotel to which any member of the public has access,

(iii) The holders of hotel licences shall pay the expenses of any officer of the excise establishment, if any, required for grant and control of permits on the premises or for the supervision over the issue and consumption of foreign liquor in the hotel.”

Section 35 provides the provision to give licence to hotel owners to allow the sale of liquor to the  holders of drinking permit. The primary condition under section 35(1) is that the state government should be satisfied that the hotel has sufficient number of boarders to hold the permit.

Subsection 2 lays down certain other conditions which are as follows:

Documents required for obtaining a licence

The documents required to obtain a liquor licence are as follows:

The licencing process for application of a liquor licence involves the following steps:

The applicant needs a stamp for Rs. 10 from any court or the town house.

Go to the Permit issuing office

The permit issuing office in Mumbai is the Collector’s office or also known as the Old Customs House. This office is located at Fort area, South Mumbai. Permit can also be issued at the regional offices in Malad West, Andheri, Bandra and Chembur.

At the issuing authority, the applicant has to collect an application form which will be available free of cost. This form has to be filled with the applicant’s correct details. These details include the following specifications:

Affixation of the stamp

The court fee stamp of Rs. 10 must be fixed on the application form after entering all the details.

The applicant now has to submit the application form filled with all the details along with the required documents as mentioned above, i.e., Photographs of the applicant, age proof, address proof and Aadhar card.

Lastly, the required prescribed fees must be paid along with the application from to initiate the process of grant of licence.

The state excise department has launched a portal- exciseservices.mahaonline.gov.in for granting of liquor licence. The required task is to key in your Aadhar card number online. A digital licence is granted soon after. The portal also allows you to check the status of a pending application.

A person applying for the liquor licence must be 25 years or above.

The following are the types of licence granted through the online portal but an applicant can apply for only one permit in a day:

The license granted to the liquor stores as an off-licence to distribute liquor as well as the on-licence where consumption is allowed on premises is valid only for a period of one year after which the licence holder may apply for renewal of the licence.

Certain documents required during renewal of any licence are as follows

Cost of obtaining a licence

In these cases if the person does not have the appropriate licence, he may be charged for illegal possession of Liquor. This is also applicable to a group of people drinking in an apartment.

Places where sale of liquor is prohibited

The sale of liquor is banned at the following places:

2. Within 50 Meters from an existing place of worship.

3. Within 50 Meters from any educational institute.

4. Within 100 Meters of each other near any Local body.

Further, the above two exemptions are applicable only if the liquor has been taxed at an earlier stage in the state.

With grading 3 Star and below

5% tax rate on actual price of liquor is applicable on liquor which is purchased from within state from registered dealers. Further, tax should have been paid or become payable at an earlier stage.

With grading 4 Star and above

20% tax rate on actual sale price is applicable on liquor which is purchased from within state from registered dealers. Further, tax should have been paid or become payable at an earlier stage.

In cases of import of liquor from other states or countries, then a tax at scheduled rate limited to MRP x 25/125 of such liquor sold will be applicable additional to the 20% tax rate mentioned above. 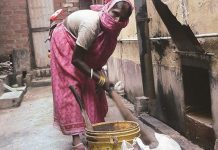 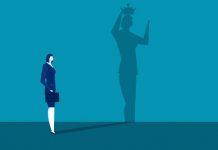 How to make your success inevitable as a lawyer 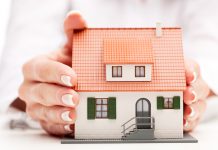