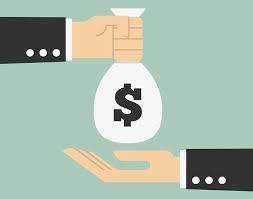 Want to know the legal procedure of getting back the money which you lend to your friend? Let us see how to get money back from friend legally.

The loan given to a family member or a friend is usually unsecured as it is defined by loosely bound terms and conditions. A “promissory note” is an instrument in writing (not being a bank note or a currency note) containing an unconditional undertaking, signed by the maker, to pay a certain sum of money only to a certain person, or to the bearer of the instrument. An example of promissory note is, I promise to pay B or order Rs. 500, I acknowledge myself to be indebted to B in Rs. 1,000, to be paid on demand, for value received. I promise to pay B Rs. 500 seven days after my marriage with C.

A promissory note includes simple terms and conditions. It does not include specific clauses. It is a legitimate legal document as per Negotiable Instrument Act, 1881 and is accepted by the court in a case of dispute. Sample promissory note attached in Annexure 1

A letter should be sent to the debtor containing important details and specifics. This should include information concerning the debt, for instance, how the debt was incurred, the original amount of the debt, when the last payment was made, and the current amount that is due to be paid back.

How to get money back from friend legally

Step1: When can you go for legal remedies

Step2: Court where suit for recovering money can be filed

Step3: Ensuring there is no triable issue present

Where a lender of money wants to get his money back from his friend or family he can file a summary suit. How to file a summary suit will be explained later. It is important to ensure that there is no triable issue present, otherwise, leave will be denied.

Triable issue is present in the following cases-

When you had given money on a promissory note to your friend for starting a business and friend refuses to return it afterward, in such cases you can recover your money under the procedure as explained here.

A summary suit consists of two important declarations by the person filing it (here the person who gave the loan), namely

In such cases, Court ordinarily notifies the borrower and provides him with some time to reply. After such notice by court, if the borrower further does not show up, the case goes to the lender. But if the borrower shows up, he has to file further affidavits explaining his cause.

Where the suit is about to get initiated in the civil court, the borrower is asked to deposit certain security before the beginning of any proceeding.

When a person entrusted with a property, dishonestly misappropriates or converts the property for his own use, he commits the crime of criminal breach of trust. Thus, when a person grants a certain amount as a loan to another, he entrusts that property to the borrower and when the borrower misappropriates with the money and does not repay it, in such cases borrower commits the crime of criminal breach of trust. Dishonesty is when, a person uses the entrusted property with an intention of causing wrongful gain to himself or wrongful loss to the owner of the said property. A careful examination is required before going for criminal reliefs as in the majority of the cases of non-repayment of loan, reliefs granted are civil in nature.

Cheating is punishable under Section 420 of the Indian Penal Code, 1860. The offender shall be punished with imprisonment, simple or rigorous, for a term extending up to seven years, and shall also be liable to pay fine.

Dishonest and fraudulent intention must be established to make the defaulter liable of a criminal offence, whether criminal breach of trust, or cheating. Failure to do so would leave the debtor with a recourse to approach a civil court only.

In a case where the defaulter has no intention to repay the debt but has agreed to the terms of repayment with a malicious intention to induce the debtor to part away from his property, he has committed the offence of cheating.

Within how much time can debt be recovered?