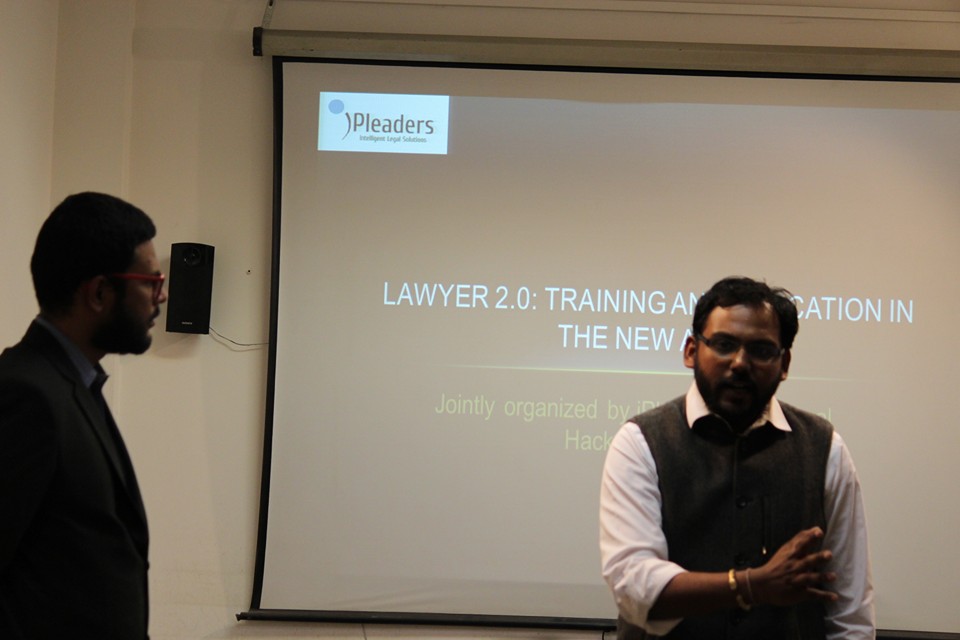 In this blogpost, Arjun Natarajan, a litigator with special interest in negotiation, writes on how to negotiate like a professional.

Negotiation is largely about being human

For starters, I am not a fan of Salman Khan. Irrespectively, I am not talking about ‘Being human’, as much as in this post, you might come across love, care, share, joy, help and hope; this post is about disputes and about making talk work.

The story of a dispute:

That’s the story of every dispute of any nature whatsoever. Differences lie at the root of disputes.

Narrowing the scope of a dispute and mitigating its nature in order to attempt its resolution involves resolving disagreements and differences. This entire process involves the following three steps:

The following three examples will clear the said stance.

Stories of having mutual regard:

Example 1: I want to lead a healthy lifestyle. That’s my interest. However, today, at 1 pm, a person X for whom I have some regard and he has some regard for me walk past a fast food outlet. I am very hungry since I have skipped breakfast. I need food. We walk into the outlet, and I binge on fast food.

A need is short-term but an interest is long-term. Needs should ideally feed interests. When a need does not feed an interest, then the need calls for a relook. But when one is in need, then it might not occur to him to test his need on the anvil of his interest. This is what exactly happened in this example.

Example 2: I want to lead a healthy lifestyle. That’s my interest. However, today, at 1 pm, a person X for whom I have some regard and he has some regard for me walk past a fast food outlet. I am very hungry since I have skipped breakfast. I need food. X lights a smoke and tells me that firstly by skipping breakfast, and secondly by choosing to eat fast food, I might be messing up with my interest of leading a healthy lifestyle. We both look for a fruit vendor. We find one. I have a fruit and I drink water. I tell him that he should try to quit smoking. He says that he will give it a thought.

A nudge by X made me relook my need and to see whether it is in tune with my interest.

A nudge by Y was disastrous! My need was met at the cost of my interest, which went for a toss. The bitterness between Y and me might have hit its peak!

Negotiation works the way things worked in Example 2 — to the extent of mutual nudges by people, between whom there is mutual regard. However, none of the above examples involved a difference or a disagreement, much less a dispute. So let us take a look at the following examples.

A story on negotiation:

The shopkeeper says that he will sell it to whoever pays more. The dispute has started.

You tell me that you shall buy it and let me drink some water. I tell you that I need the entire bottle because I came first to the shop.

You tell me that you had the heart to offer me some water but because of my hostility, you’ve made up your mind not to offer me even a single drop of water. I tell you that in any case, I did not come all the way to the shop for a single drop of water. I also tell you that if you had the heart, then you’d have allowed me to buy it because I was the first one to come to the shop. I tell you that you have no civic sense. The scope of the dispute has widened and its nature has deepened.

Result: Waste of time. We both are empty handed. We hate each other.

The shopkeeper says that he will sell it to whoever pays more. The dispute has started.

A conversation begins, which is as under:

I: “It is very hot and you look thirsty.”

You: “Kind of. Aren’t you thirsty? As you said, it is indeed very hot.”

You: “You need fuel and not water!”

You: “I need water to pop a pill. I have some empty bottles lying in my car.”

I: “I will buy you the bottle of water; can you please give me one of the empty bottles?”

Result: We both have got what we wanted, and more! We do not hate each other.

What we both did in Example 5 is called negotiation.

Success is not guaranteed when parties to a dispute adopt a need and interest based approach as opposed to a stand based approach. However, failure is definitely not imminent, when they do so. Negotiation is a very good exercise, as it enables us to observe people and at times, get into their minds!

Stories of my dealings with parties, whose negotiators, I regard as being idlers, thinkers, diplomats, browbeaters and extremists:

If the party and/or its negotiator postpone negotiating, or delays it, or say no to negotiation, then I call them an idler. Not to their face of course! I assess the party and the negotiator as being emotionally insecure. I make the party, and the negotiator feel safe, and thereby, demonstrate my regard for them. In return, they might develop some regard for me. I enlist their fears and while doing so, I tell them that they are out-of-place, or that they can be dealt with. I tell them my fears too, and I tell them why they are probably real and how they can help me to deal with them. We might end up negotiating.

If the party and/or its negotiator examine everything so surgically, that they end up wasting time, then I consider them to be a thinker. I assess the party and the negotiator as being suspicious. I make the party and the negotiator feel safe, and thereby, demonstrate my regard for them. In return, they might develop some regard for me. I enlist their suspicions/fears, and while doing so, I tell them that they are out-of-place or that they can be dealt with/allayed. I tell them that I have no suspicions/fears, as they are very detail oriented and trustworthy. We might end up negotiating.

If the party and/or its negotiator want to show fairness to reach an agreement by making great concessions to keep my client happy, solely to preserve the party’s relationship with my client, then I see the nature of the great concessions. If the party or its negotiator has relinquished what they could have got, then I consider them to be diplomats. If a settlement comes so easily, then it carries the seeds of an epic fall when the squeeze of the concessions is felt. I discuss in detail with my client and let the client decide.

If the party and/or its negotiator employ intimidation, then I call them a browbeater. Never, ever, to their face though!

The easiest way to deal with a bully is to bully him back, harder than his bullying! This could be a deal-maker or a deal-breaker! In the sense that, either the bully would get so badly bullied that he’d become a diplomat (as described above), or he would walk out. I have never dealt with bullies by bullying them back.

If they intimidate me to the extent that doing anything would result in their walking out and/or my getting beaten up then, I tell them that despite being so weak and fragile, I am tempted to intimidate them but my fear stops me since I know that I do not stand a chance before them, and so, I am being cooperative. I make them believe that I am begging for their cooperation. This works. Show a bully that you cannot bully him and let him know that you’ve been bullied. This gives rise to mutual regard. Once his ego is satiated, he might start negotiating. He might turn out to be a diplomat! (As described above)

If the party and/or its negotiator say things like they won’t accept anything more or less than something, then I consider them to be an extremist. I appreciate their clarity of thought, and I ask them to very systematically justify every bit and piece of their demand. Either they mellow down or, they start justifying. If they mellow down then I tell them that I could have been wrong, and a dialogue might show that they’re right. This gives rise to mutual regard. We might start negotiating.

By telling these stories if I have divulged any trick, then it is the trick of being human. In fact, it is not at all tricky to be human. Being human is anything but tricky!

Should law students and lawyers try and master negotiation?

Negotiation is not an opponent of adjudication. Courts, statutory tribunals and arbitrators will be the most appropriate ones to adjudicate all disputes. However, when it comes to disputes which involve relationships, especially, of a commercial nature then, negotiation can be very appropriate.

In a negotiation environment, a lawyer can do the following activities:

The final decision is of the client after being informed by their lawyer, of the pros and cons of the settlement terms.

Representing clients in negotiation enables a lawyer to manage their expectations and protect their interests. That apart, it enables lawyers to look for solutions, while ensuring that amicable resolution of a dispute is not compromised. Depending on the extent of trust that a client places on a lawyer, a lawyer can even play key negotiation roles in a negotiation.

TIP: On behalf of your client, if you are negotiating some very factual aspects then ensure that the client is present.

It would not be wrong to say that negotiation can be a practice area for lawyers. It won’t be a bad idea for law students and lawyers to try and master negotiation.

Governmental responsibility to regulate misinformation during the pandemic