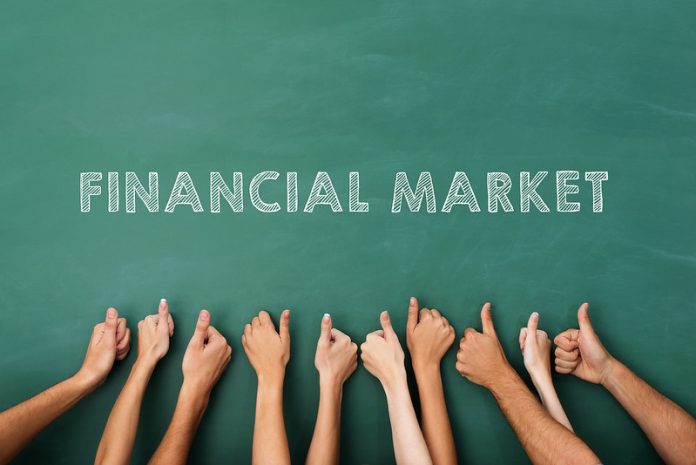 The London Interbank Offered Rate (LIBOR) is a standard interest rate used by prominent international banks to loan to one another for short-term loans in the international interbank market.

The London Interbank Offered Rate, or LIBOR, is a widely recognised essential benchmark interest rate that shows banks’ borrowing costs. The rate is determined and reported every day by the Intercontinental Exchange (ICE). However, it is being phased out due to subsequent controversies about its legitimacy as a benchmark rate. LIBOR will be phased out by June 30, 2023, per the Federal Reserve and UK authorities, and will be substituted with the Secured Overnight Financing Rate (SOFR). Following this phase-out, the one-week and two-month USD LIBOR rates are no longer published from December 31, 2021.

LIBOR stands for London Interbank Offered Rate, the benchmark interest rate at which significant worldwide banks lend to one another. It is composed of five currencies: the US dollar, the euro, the British pound, the Japanese yen, and the Swiss franc, and it offers seven maturities: overnight/spot next, one week, two, three, six, and twelve months.

Each working day, 35 different LIBOR rates are calculated and presented due to the mix of 5 currencies and seven maturities. The three-month US dollar rate is the most typically cited, often known as the current LIBOR rate.

ICE questions worldwide central banks every day to determine how much they would charge other banks for short-term borrowing. The organization subtracts the top and lowest values before calculating the average of the remaining data, which is known as trimmed average. This rate is updated every morning as the daily rate; therefore, it is not a constant. Once the rates for each term and currency have been calculated and confirmed, the ICE Benchmark Administration (IBA). Announces and publishes them every day at 11:55 a.m. London time (GMT).

LIBOR is also used as a benchmark for consumer loans in many nations worldwide; therefore, it influences customers and banking institutions. The interbank rate affects the interest rates on different credit products such as credit cards, vehicle loans, and adjustable-rate mortgages. This fluctuation in the rate helps influence the ease with which banks and customers can borrow money.

However, there are drawbacks to adopting the LIBOR. Lower borrowing rates may appeal to customers, but they impact the returns of some assets because certain mutual funds are linked to LIBOR, their yields fall with the change in LIBOR.

Since the industry for interest rate-based products started developing in the 1980s, a standard metric of interest rates among financial institutions was required. The British Bankers’ Association (BBA) established the BBA interest-settlement rates in 1984, covering the banking and financial services sector. Additionally, this simplification resulted in the establishment of BBA LIBOR in 1986. That became the standard benchmark interest rate for interest rate and currency-based financial transactions between domestic and international banking institutions.

LIBOR has changed dramatically since then. The most notable example is when BBA LIBOR was renamed ICE LIBOR after the Intercontinental Exchange decided to take over management in February 2014.

The currencies used in LIBOR calculations have also evolved. Although new currency rates have been introduced, several have been deleted or merged since the euro rates were introduced. During the financial crisis of 2008, the variety of tenors for which LIBOR was computed dropped dramatically.

Though LIBOR has been maintained since the 1980s, institutional changes to reform benchmark rates have emerged in recent times to replace LIBOR as the interbank borrowing rate eventually. After 2021, UK authorities are anticipated to stop requiring banks to report LIBOR rates.

The new method aims to eliminate the guesswork surrounding interest rates prevalent under LIBOR in favor of actual transaction rates. In 2023, the Secured Overnight Financing Rate (SOFR) will take the place of LIBOR. The SOFR is also a dollar-denominated loan and derivative contract benchmark interest rate. SOFR differs from LIBOR in that it relies on confirmed operations in the US Treasury market, whereas LIBOR relies on borrowing rate estimates.

Although the United States and the United Kingdom are likely to utilise SOFR, other nations consider establishing their own kind of benchmark interest rate once LIBOR is phased out.

The impact of LIBOR substitution on financial institutions

For financial organisations, the move from LIBOR will entail high costs and risks. Payments under contracts addressing the suggested alternative rates will vary from those using LIBOR since the suggested alternative rates are computed differently. Market risk profiles will alter due to the transformation, necessitating modifications to risk models, valuation tools, product design, and hedging methods.

LIBOR could become inaccessible, even though instruments that reference it are still in use. If LIBOR is inaccessible, these contracts often include “fall-back provisions” that set contract conditions. The consequent losses and benefits are tolerable if the duration of non-availability is limited, as anticipated when the contracts were formed. However, if fall-back provisions are applied throughout the remainder of the contract’s duration, the financial consequences will undoubtedly be enormous, with one party winning and the other losing.

The financial, customer, and operational consequences of LIBOR’s replacement

It would be challenging to renegotiate a significant number of contracts, mainly where one party had a contractual entitlement to a windfall benefit. If contracts are allowed to transition to fall-back arrangements if LIBOR is inaccessible, many price adjustments will occur quickly. It would be hard to handle the financial, customer, and operational consequences.

Financial institutions would likewise have a difficult time communicating with their retail clients. Most variable-rate mortgage clients in the United States, for example, may comprehend that their rate is LIBOR+200 basis points (or something similar) but have very minimal knowledge of LIBOR altogether. They are inclined to believe that a suggested replacement rate of the Secured Overnight Financing Rate (SOFR)+230 basis points is a much worse bargain unless it is well conveyed, even if SOFR is on average 30 basis points cheaper than LIBOR.

The Reserve Bank of India (RBI) has issued a guideline for LIBOR transition that, among other things, necessitates banks and financial institutions to develop a Board-approved plan. This plan outlines an assessment of LIBOR-related exposures and measures to be followed to resolve risks associated with the discontinuation of LIBOR, such as preparation for the implementation of ARRs. RBI has also urged banks and financial institutions to stop engaging in new financial agreements that utilise LIBOR as a benchmark as quickly as possible and to urge their clients to do the same, as soon as possible, and in any event by December 31, 2021.

Effectiveness of the Guideline

In a market beset by ambiguity as a result of the discontinuation of LIBOR, the RBI has provided some clarity to financial institutions, borrowers, and market participants on how to hedge their risk in overseas borrowing and ensure a smooth transition, even if it has not specified any specific ARR that it suggests. The goal is to emulate standard market practices as quickly as possible. With many backward-looking ARRs already in use, it is unclear which one will be universally accepted and eventually replace the forward-looking LIBOR.

The shift from LIBOR is speeding up, and so is the level of unpredictability

Since everything is changing quickly, market players are searching for a forward-looking rate that will allow them to estimate the cost of borrowing ahead of time. The fact that SOFR is calculated “in-arrears” after the period during which the interest rate is paid is one of its most significant flaws. It is similar to learning the expense of a surgical operation only after it has occurred. Borrowers are justifiably apprehensive about accepting these agreements.

Maybe the financial sector will provide the answer. The world’s leading financial derivatives market, CME Group, issued a term rate calculated from SOFR futures contracts. Short-term swap contracts swapping a floating leg based on ex-post SOFR for a fixed leg specified in advance have some embryonic liquidity. This set leg, such as a three-month swap rate, might be the new benchmark for floating contracts.

While a replacement may be on the verge, there is still a degree of ambiguity about how fast various market parties will bow to a prospective alternative to LIBOR’s reign and how possible delays could affect market fundamentals.

Broader implications beyond banking and finance

This article focuses on the banking and financial components of the shift from LIBOR to RFRs. The widespread usage of LIBOR in the corporate industry necessitates consideration of the corporates and people engaged in resolving disputes, notably in arbitration.

Many businesses would have engaged in commercial and trade contracts that reference LIBOR in clauses like default interest computations for a late fee of monies due and payable under the contract. These will have to be evaluated and, if required, revisions agreed upon by the parties to guarantee that these protections keep working when LIBOR is phased out.

Arbitration agreements may include language stating that LIBOR will be used to determine the value of any arbitral award (including the interest). If not done as part of a more exhaustive evaluation and modification of the agreed terms that contains the arbitration agreement, these references will have to be corrected to guarantee that an arbitrator cannot calculate an award premised on a non-reference rate, even though arbitrators are undoubtedly equipped under the governing statute to safeguard the parties’ agreement. Nevertheless, this may not be enough to prevent arbitrators from ruling any LIBOR-benchmarked commitments impossible to fulfill.

Problems that will need to be discussed with arbitration practitioners involve those that may emerge if modifications to arbitral awards that reference LIBOR are needed, as well as those that will be impacted by the abstinence of LIBOR publication, such as awards which have already been made but not yet been fully paid.

The challenges surrounding the LIBOR transition are continually evolving. Some of the consequences discussed in this article may or may not change or be replaced as the transition phase develops; nonetheless, it is increasingly evident that RFRs will be LIBOR’s successor. In light of this, substantial effort has to be taken to guarantee that financings are reported in a way that either provides for a smooth transition from LIBOR to RFRs or enables the correct reference of RFRs in future financings.

The parties’ financing documentation will only get them so far in implementing the LIBOR transition; banks’ mechanisms and operational processes must be executed properly so that the profoundly different rationale for calculating interest rates outlined in this article is structurally accessible from the point in time the transition is deemed necessary to take effect.

Financial and legal advisers and consultants must be brought in soon enough in the transition to determine any legal, financial, and operational concerns that must be handled as a component of the transition process and develop strategies and processes to manage them. Legal and financial advisors can also aid in initial discussions with third parties, such as borrowers or other syndicate banks, so that any contract amendments can be addressed, agreed upon, and implemented in time for the transition to LIBOR, ensuring that banks’ interest income is not disrupted.