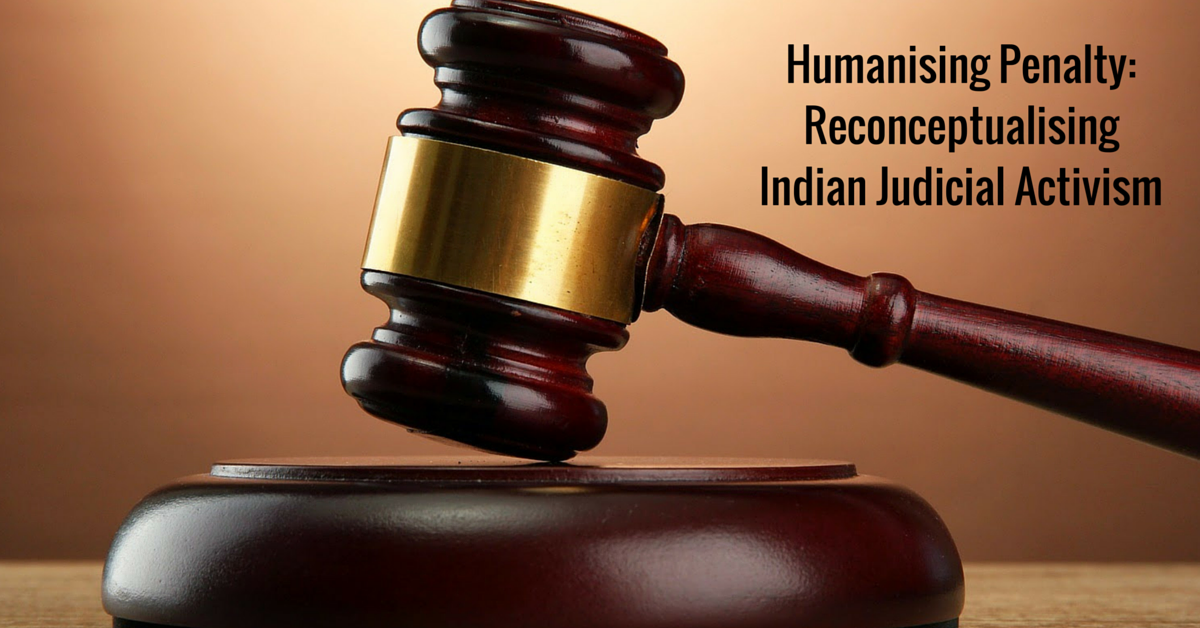 A ” historic ” decision waited those present in the Madras High Court courtroom on the 1st of September 2011. In a major relief to three persons convicted for one of the most gruesome assassinations of modern India, that of the then Prime Minister Rajiv Gandhi, the Madras High Court stayed the execution of death sentence earlier meted out to them, for 8 weeks. The news of the verdict was received joyously by the anxious crowd gathered outside. Sombre reflections soon turned into a mood of celebration. The courts’ order is being seen as a ray of hope for those campaigning to save the trio-Murugan, Santham and Perarivalan- whose clemency petitions had been rejected by the President some time back.

A battery of advocates, led by the eminent jurist, Ram Jethmalani, appearing for the convicts, questioned the State’s decision to hang the trio after keeping the mercy petitions in limbo for as long as 11 years. The indefensible delay, he argued, unless properly explained and justified, has rendered this death penalty, immoral, illegal and unconstitutional. He questioned the very rationale underlying the inordinate delay and made a scathing remark that owing to the delay in disposing of the case, the Centre is squarely responsible for inflicting immense “suffering and mental torture” on the accused. Adding that no satisfactory explanation had been given for the delay, he pointed out that the decisions for execution of death sentence in the’ present context amounts to violation of Article 21 of the Indian Constitution, which guarantees protection of personal life and liberty.

Granting interim stay, the bench deferred the hanging, earlier slated for the 9th of September and issued notice to the Centre seeking an explanation from the Centre as to why it took the President 11 long years to reject the mercy pleas. President Pratibha Patil had rejected them in early August this year even though the mercy pleas had been pending since 2000.

Following this rejection, the Tamil Nadu Assembly had then passed a unanimous resolution requesting the President to reconsider her decision. Needless to say, speculation regarding this resolution having influenced the Madras High Court verdict a fair bit has been doing the rounds in the Indian political circles.

However, the fact that this verdict has caused an intellectual storm and triggered a fresh debate on the ethical desirability of a death penalty in India is undeniable. In the wake of this ruling, similar demands for clemency across states are on the rise. The political crises have now empathised with the cause of Devender Singh Bhullar-a Punjabi Sikh convicted of a terror attack in New Delhi in 1993 that had claimed the life of a few denizens. Similarly, Jammu and Kashmir Chief Minister Omar Abdullah reflected the populist sentiment in his state when he tweeted that had his State Assembly passed such a resolution demanding clemency for Afzal Guru, the mastermind behind the Parliament Attacks in December 2001, the reactions would not have been so “muted”.

How does one look at the emerging issues and challenges on this count essentially from a legal perspective?

Punishment is a natural response to crime. The principle is acknowledged worldwide that letting off criminals may result in vigilante justice. The punishment has to be proportionate to the degree of wrongdoing and mitigating circumstances have to be considered while deciding the quantum of punishment. It goes without saying that the accused will be given a fair chance to defend himself/herself.

But various societies in different parts of the world react to crime in different ways. While some, such as a few Arab countries, choose the retributive punishment of “an eye for an eye”, others have deterrent punishment. Of late, there has been a shift towards restorative and reformative approaches to punishment in many countries, including India.

Capital crimes in India include murder, gang robbery with murder, abetting the suicide of a child or insane person, waging war against the Government and abetting mutiny by the armed forces. In recent years, the death penalty has also been imposed under a new anti-terrorism legislation for people convicted of terrorist activities.

Section 354(3) of the Criminal procedure, which was added to the Code in 1973, requires a judge to give “special reasons” for awarding death sentences. In 1980, in the Buchan Singh case, the Honourable Supreme Court propounded the “rarest of rare” doctrine and since then, the life sentence is the rule and death sentence, the exception.

But recently, the Supreme Court refused to impose the capital punishment in the Graham Staines, Jessica Lall and Priyadarshini Mattoo cases on the grounds that these did not fall within the category of “rarest of rare”. Is the judiciary failing to clearly understand the implications of this phrase and becoming increasingly averse to capital punishment?

Recent record suggests so. Despite India voting against a UN resolution calling for a moratorium on death penalty in December 2007, in practice, however, the number of death penalties meted out in post-Independent India has been limited. Since 1995, only one execution has been carried out in India, that of Dhanonjoy Chatterjee in 2004.

The judiciary appears to be hesitant in awarding the death penalty. The executive has disposed of several mercy petitions in the past few months, but around 20 such pleas, including that of Afzal Guru are still pending before the President.

The Rajiv Gandhi Assassins’ case may prove to be a decisive test for the death penalty in India.Whatever be the decision of the Madras High Court, the matter is bound to go the Supreme Court, which would lay down guidelines for timely disposal of mercy petitions. If the court rules that inordinate delay is a ground for converting a death penalty to life imprisonment, then it would surely have a bearing on all other mercy petitions, including that of Afzal Guru.

In the first decade of 21st century, more than two-thirds of countries all over the globe have abolished the death penalty in law or practice. Ninety-six countries have abolished capital punishment for all crimes while nine have done away with it for petty crimes. Furthermore, 34 countries have abolished it either in law or practice. Only 58 countries, today, retain this extreme form of punishment. Abolitionist nations include Argentina, Australia, Canada, Cambodia, Columbia, Uzbekistan, Bhutan and Nepal and the entire European Union to name a few. Retentionist countries include the US, China, Japan, Singapore, India, Pakistan, Bangladesh, Nigeria, Arab Countries and North Korea among others.

Critics who oppose capital punishment are of the view that when the State cannot give life, it has no right to take it away either. The death penalty is irreversible. If a convict turns out to be innocent, his execution cannot be undone. In a modern democracy, they point out, punishment should not be retributive. The State should try to reform and rehabilitate the criminal in order to enable him/her to live in the society amicably with other human beings.

According to a bench headed by Justice HS Bedi in September 2009; “We must say with the greatest emphasis that human beings are not chattel (slaves) and should not be used as pawns in furthering some larger political goal or political policy.

The condemned prisoner and his suffering relatives have a very pertinent right in insisting that a decision in the matter be taken within a reasonable time, failing which, power should be exercised in favour of the prisoner.”

Undoubtedly, the Tamil Nadu Assembly’s resolution and the subsequent Madras High Court ruling has certainly helped advocate a paradigm shift on discourse involving touchingly emotive themes like crime and punishment and the humanising death penalty. This quality shift, one hopes, in its ‘irreducible minimum’ would enrich the on-going process of judicial activism and at the top of it Indian judicial perspective, perhaps significantly.