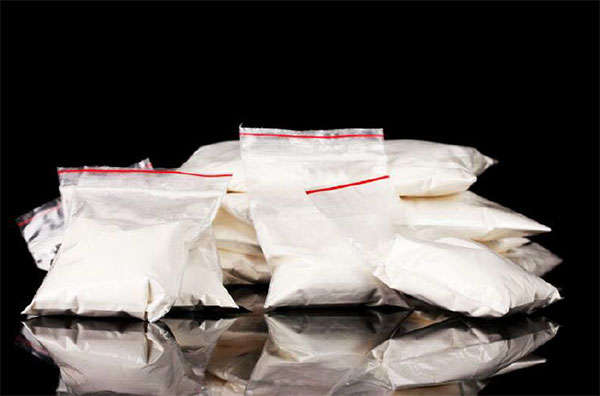 In this article, Ashwini Gehlot of Institute of Law, Nirma University Ahmedabad discusses the Punishment For Possession Of Illegal Drugs And Narcotic Substances?

Caught in the endless loop of substance abuse, India is home to roughly 3 million medication addicts. The National Crime Records Bureau’s information, as distributed in 2014, revealed that India witnesses almost 10 suicides once a day because of substance addiction.

India passed the Narcotic Drugs and Psychotropic Substances Act, (NDPS Act) in 1985 which was consequently amended in 1989, 2001 and recently, in 2014. India’s driving against anti-drug law endorses firm punishments for drug traffickers and rehabilitation for the users. Surrounded with the purpose to battle drug trafficking, it denies and criminalizes the production, cultivation, possession, sale, use, purchase, import and export, and consumption of narcotic drugs and psychotropic substances. It gives immunity in circumstances where the medications are used for scientific or medical purposes.

The NDPS Act appeared to conceive strict punishments for drug trafficking, to expand implementation powers, implement international convention that India is associated with and to direct psychotropic substances. A predominantly reformatory statute, NDPS furnishes the regulation of drugs. It expresses that capital punishment can be granted as a form of punishment under the Act. The 2014 amendment held that the decision to grant capital punishment lies at the discretion of the court and rather stipulates 30 years of detainment as a substitute.

With a specific end goal to supplement the NDPS Act, the Prevention of Illicit Trafficking in Narcotic Drugs and Psychotropic Substances Act came into existence in 1988. It contains provisions relating to the preventive detention of any and each person who is associated with or accused of drug trafficking.

The worry for combatting drug trafficking magnifies once the judiciary started to rely on Article 47 of the Indian Constitution, which endorses the restriction on the utilization of drugs and directs the State to endeavor to decrease and abolish the utilization of drugs, with the exception of when it is utilized for scientific purposes. The present legislation covers three classes of substances, which are psychotropic substances (LSD, Amphetamines, MDMA Methamphetamines), narcotic drugs (poppy straw, cocoa leaf, cannabis, and opium) and controlled substances (utilized for the production of any psychotropic substance or the narcotic drug).

The broad legislative policy in the issue is mentioned in the three Central Acts, viz.

The official record expresses that the NDPS Act was instituted with a specific end goal to give adequate penalties for strengthened enforcement powers, drug trafficking, and to execute international conventions to which India is a member, and uphold controls over psychotropic substances. Three times amendment was made in this Act i.e. in 1989, 2001 and currently, in 2014.

The NDPS Act restricts/prohibits the production, cultivation, sale, possession, trade, purchase, use, consumption and import/export of psychotropic substances and narcotic drugs except scientific or medicinal as per the law.

The NDPS Act was amended in early 2014 for the 3rd time and some new provisions come into force from on 1 May 2014. The principal highlights include:

NDPS Act considers drug offenses as very grave and serious in nature and so, punishments for them are very stiff. Offenses under this Act are cognizable and non-bailable. The quantum of sentence and fine differs with the offense. For most of the offenses, the punishment relies upon the quantity of drug included – little amount, more than little however not as much as the business amount or business amount of drugs. Commercial and small amounts are notified for each drug.

Under NDPS Act, criminal conspiracy, abetment and even attempt to carry out an offense pull in the same punishment as the offense itself. Habitual or repeat offenses attracts 1 and half times the punishment and capital punishment in some cases. Since the punishments under this Act are rigid and inflexible, a few procedural safeguards have been given in the Act. A few immunities are additionally accessible under the Act. Loopholes in The Act And Suggestions

Referred to as a hasty piece of enactment that was passed under tremendous pressure, India’s chief law to handle drug trafficking isn’t free from pitfalls. It doesn’t have a reasonable outline between the definition of an addict and a consumer. The definitions set up is neither backed by laws nor by ethics. It notices terms like use, possession, and consumption yet neglect to illustrate what they truly mean. The non-appearance of any political initiative in setting up machinery sanctioned to enforce and regulate rehabilitation acts as a bottleneck. The scarcity of related institutions in charge of training the judicial machinery, the insufficient rehabilitation facilities and such factors have advanced the inadequacy of law to deal with the widespread drug menace in India. The ineffectual enforcement of the statute and the deficiency of rehabilitative organization has only added to the rundown of shortcomings. Brutal and stringent, the statute intensely hampers the criminal justice system.

The strictness of the NDPS Act is revealed by the provision for granting capital punishment in instances of repeated offenses, similar to the manufacture, production, transportation, possession and import/export of drugs.

The lack of data and statistics regarding drug addiction in no way whatsoever arises from the absence of substance abuse. A glaring gap, the range of drug abuse and its consequences on one’s health and overall well-being remains an unchartered territory. The paucity of data with respect to the nature and extent of drug dependence, which are key factors to be examined before formulating drug policies, hinders the accomplishment of the statute’s objective.

Provisions of criminalizing the utilization of drugs, punishing the possession of drugs for individual utilize, imposing the death penalty and other different aspects of the enactment are far harsher than those specified in the UN drug control convention. Despite the endeavors taken by civil society groups to show the incapability of these extreme provisions, legislators have neither surveyed nor replaced these systems. Drug policy execution is attempted by the state and central governments, as well as by ministries. Thus, this offers to ascend to circumstances of abandoning one’s duty and overlapping in the enforcement.

Unless viable measures are taken quickly, the reformative aim of the legislation will go futile. In spite of the fact that illuminating presences and society’s representatives can be brought in to recommend and evaluate changes in the drug policy, these measures have not yet been put into utilization. Inspecting the cruel provisions and respecting the privileges of each one of those people who rely upon drugs is an unquestionable requirement. Reinforcing the connection between Government divisions and reaching common society representation, for example, medical experts and patient groups can uphold viable plan of drug policies. Conducting research and accumulating information on drug dependence, substance use and the repercussion on the health of the individuals who infuse/inject drugs can help to stand for the war against drug abuse. The transformation of the NDPS Act itself is the principal walk to be taken if the Government genuinely tries to reaffirm its dedication towards wiping out India’s drug crisis.