Considering the Indian scenario, it can be stated that the decade of the 80s and 90s were the ones of significance as it was at this time when there came to be new developments like that of the introduction of new economic policy, and also the opening up of the Indian market to the world at large. As a consequence of this there were numerous other developments like that of The New Economic Policy of 1991 was brought into effect, this policy further widened the scope for privatisation, liberalisation and globalisation of the Indian economy. This eventually broadened the scope for market forces in India and also brought down the role of government in various economic and business sectors.

It was in the year 1969 when India adopted its first Competition Law which was in the form of Monopolies and Restrictive Trade Practices Act (MRTP). The enforcement of this act was based on the socio-economic conditions of India which were in line with the socio-economic philosophy laid down in the Directive Principles of State Policy which has been contained in the constitution of India.  With the passage of time, the MRTP act went through a number of changes and various amendments were brought into being.

The inception of Competition Law in India

The government of India constituted a committee in the year 1999 known as the Raghavan Committee, which functioned under the chairmanship of Mr SVS Raghavan. This committee in its report came up with certain important implications like that of-  To bring effective competition, the rivals should be given opportunities in terms of competition in the markets and this should be provided to them on the basis of the quality of their outputs. Taking all these recommendations into consideration a draft was proposed in the parliament in November 2000. After taking into account the recommendations of the committee, the parliament passed the bill in the year 2002 by the way of which the Competition Act 2002 was brought into effect. Hence, the Competition Act 2002 replaced the MRTP act from the date of 1 September 2009and the MRTP act was stood repealed.

Following this, it was the Competition Act 2002 which laid down the rules and regulation for competition laws in India, it also established the Competition Commission of India which acts as a quasi-judicial body and enshrines the principles of rule of law and also possesses all the powers of a civic body in terms of gathering evidence.

The advent of food delivery apps in India

The concept of food delivery has occupied the most commonplace in the modern world. The very idea of food delivery comes up with the combination of both quality food and convenient service in delivering the same. The current phase at which the popularity of food delivery is growing in India is the highest when compared to any other day in the past.  The current rate at which online delivery of food is growing has resulted in an increase in the number of orders per day reaching to around 40,000 in a metropolitan city like that of Bangalore. This, in turn, means that the food deliveries went up to 56% of the total number of orders delivered by the food tech sector in India.

The saga of Swiggy and Zomato

The major players like that of Swiggy, Zomato and Foodpanda would be on advantage with the investment in in-sourcing delivery. Swiggy which is seen as a significant player in terms of competition in the food delivery world has in-sourced from the time of its inception and has continued to do the same and has been able to process 100% deliveries. Zomato on the other hand, which started as a restaurant discovery medium, eventually turned into a food delivery app. It further went on to acquire leading companies like that of Runner, a hyper logistics firm which again boosted its in-house delivery sector.

Looking at the current facts and figures, it could be predicted that even in the recent future, the two leading giants, that is Swiggy and Zomato would continue to earn profits and exercise their control over the market. But at the same time, one’s attention should be drawn towards the development where Ola, one of India’s largest taxi-handling sectors has planned on buying Foodpanda. This kind of development could affect the business established by Swiggy and Zomato and prove to be a tough competition for both these giants. Having a look at this model of development various experts have expressed their opinion stating that there can be a risk to this market as various other sectors with deep pockets try to buy the market shares and express the undue influence on the market.

Dependence of consumers on food delivery apps in India

E-commerce in India was expected to grow on a wider scale from the period of 2013 to 2020, which actually came true in terms of numbers and figures. Amongst all other developments in the field of E-commerce, the sector of online food delivery is growing rampantly, this current demand for online delivery also leaves an impact on the small scale restaurants. Some of the significant reasons behind the unprecedented growth of these food delivery applications in India have been discussed under:

Zomato, Swiggy, Foodpanda and others eating into the business of small scale restaurants?

In the recent past, there have been allegations made by small scale and midsized  restaurants that the food delivery apps like that of Zomato, Swiggy, Foodpands etc. have been making undue use of their positions and in addition to this, dominance has been showcased by these delivery apps in order to earn greater profits and this, in turn, is acting as a huge burden on the small scale restaurants.

As a response to the ongoing miscreation, the restaurants have filed an online petition, which has been addressed to the Competition Commission of India (CCI) and the Prime Minister’s Office(PMO). Now looking from the perspective of the delivery apps, it is to be noted that some of the apps like Swiggy and Zomato have negated the allegations, while some others like that of Foodpanda and Ubereats have declined to respond to the query expressed by these small scale restaurants. However, the Competition Commission of India stated that it would look into the matter and would further try and put an end to the unsustainable pricing by these food delivery applications. Some of the significant issues which the Competition Commission of India had to address in this matter were- issues related to deep-discounting, cloud kitchen and in-house kitchens. These issues will be further discussed in detail in the forthcoming section of the article:

Zomato, on the other hand, also has an in-house kitchen named HyperPure, which delivers vegetables, meat and chicken etc. The tactic used by Zomato here is that it has made it mandatory for other restaurants to purchase these items from HyperPure, which goes against the Competition Act. But, in its defence, Zomato had stated that its prime idea was just to provide fresh ingredients to the restaurants and has also said that forcing restaurants to buy products from HyperPure would actually go against their ethics and there is no compulsion issued by Zomato on any restaurants.

In the market of competition, expression of dominance is never considered to be a bad aspect per se, but when it comes to abuse of power by the way of dominance, then it falls under the ambit of arbitrary dominance and calls for the attention of the competition act of India to resolve the matter. The various aspects of dominance have been discussed as under in line with the provisions of the Competition Commission of India:

All these measures have been used by the food delivery apps in India in some or the other way, and taking the legal clauses of competition law into consideration, it can be said that these fall under arbitrary use of dominance by the way of power and it is termed as a differential condition of sale of goods which also attracts liability under Section 4 (2) a (1) of the Competition Act, 2002.

In recent times, which is in August 2018, the National Restaurant Authority of India (NRAI) had issued letters to all the prime delivery applications in India, that is Swiggy, Zomato, Foodpanda and Ubereats. There were serious concerns raised by the NRAI where it brought the attention of these delivery apps towards the raising concerns towards the ongoing issue of a food fight between the food delivery apps and the small scale restaurants operating in the country. In the four different letters addressed to the food delivery apps, the NRAI raised concerns about the issues of Lack of transparency, deep-discounting offered by the delivery apps and the abuse of their dominant position in the marketplace and how it is affecting the small scale restaurants.

The concept of deep discounting and data masking which have been unfolded by the delivery apps has caused trouble to the midsized restaurants on a larger scale. Some of the important activities rolled out after the issuance of letters by the NRAI which have been discussed in the following segment of the article:

After analysing and understanding the aspect of the problem faced by the small-scale restaurants, it can be stated that there exists a gap between the working of food aggregators and small scale restaurants and in order to curb the differences between them, there is a dire need to come up with an immediate solution to the existing problem. Considering the economic scenario of the market and the provisions of the Competition Act 2002, it can be said that there are necessary provisions under the said law, which would come in handy in order of imposing liability on the sector which takes undue advantage of its position and abuses its power. This will also create a deterrence to the happening of such instances in the future and ensure the safety and independence to the functioning of the small-scale restaurants in India. In order to make this happen, there should be strict compliance with the provisions of the Competition Act 2002 and also the implementation of the same in the numerous arenas whenever it is required. 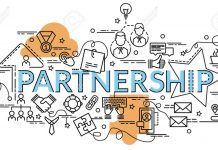 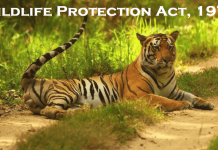