This article is written by Souradh C. Valson from Government Law College, Thiruvananthapuram. This article discusses the impact of the pandemic on the various unorganised sectors.

COVID-19 has taken the world by storm. The virus, along with the lockdown, had a disastrous effect on the economy. The Indian economy is heading towards a double-digit plunge while the cases skyrocket. Although the impact on the economy is widespread, the unorganized sector has suffered and continues to suffer the most. This article attempts to assess the damage done and discuss the remedial measures.

The unorganised sector consists of unincorporated enterprises owned by individuals and households in the production and sale of goods and services with less than 10 employees. The pandemic severely impacted the following industries:

The already declining labour market faced a further decline due to the pandemic. According to the 2018-19 data, 52% of the labour force is self-employed. 24% were casual workers without any financial security and the remaining 24% were regular waged workers. The shock of the pandemic affected the labour force unequally. The crisis accentuated the pre-existing inequality in the labour market. The hierarchical order of labourers based on their incomes and social security is as follows:

The regular formal employed are the least affected. Coupled with job tenure, high salaries, and social security, they are in a comfortable position. They can enjoy the privilege of working from home. The situation is more or less similar in the case of regular informal employment. The self-employed are also adversely affected, but depending on the industry, they receive enough remuneration to sustain themselves.

The less-educated casual workers who engage in low paying work are the most affected. They work in unstable conditions and are susceptible to layoffs. Physical distancing, safety measures, along with the fear of contracting the disease itself, the casual workers are left to face the brunt of the pandemic. The CMIE(Centre for Monitoring Indian Economy) predicted 112 million job losses from April-May 2020, the majority of which are the self-employed and the casual workers. According to the World Economic Forum, India has around 139 million migrant workers. The pandemic caused severe hardships to the migrants.

Most of the migrants are casual workers or daily wage workers. With the lockdown in effect, many were jobless. The ILO predicted that the pandemic would push 400 million workers to poverty. Their pathetic situation forced the migrants to return to their villages. Without money, food, and transportation, many migrants either walked or cycled on their return. Traveling in large numbers made physical distancing impossible. More than 300 migrant workers died from various reasons like starvation, accidents, and not receiving timely medical care. There was an influx of migrants as the states eased the lockdown restrictions.

India is an agrarian economy. Food and agriculture contribute 16.5% in the GDP, the highest by any industry. 43 % of the total workforce of the country is employed in agriculture. The pandemic hit during the peak of the Rabi season, also the time when the harvest reaches the mandis for sale by governmental agencies. The non-availability of labour has resulted in longer harvesting time, which resulted in a spike of the daily wage for harvesting crops. Fields and farms with modernized equipment escaped the pandemic unscathed. Restrictions on the interstate and intrastate transport also deepened the issue. The inability to supply the harvested goods, along with failure to repay existing loans, further increased the losses.

The fishing industry employs around 14 million people and contributes 1.1% in the GDP. 80% of the employed are small scale fishermen. The lockdown imposed restrictions on fishing, which reduced the supply to the markets. Higher prices of fish and other marine products, along with the pandemic, inflicted losses on the vendors. The non-availability of proper storing options worsened the situation. Reduced exports have severely impacted the fishing and other allied industries.

The PSI (Private Security Industry) employs around 9 million people. Shopping malls, movie theatres, and offices are the primary recruiters of security guards. The pandemic and the lockdown resulted in closing these structures. The closed malls, theatres, and offices meant that the services of the guards were no longer required. However, lifting the lockdown and opening of offices could see an increase in the demand for security guards.

India has around 500,000 restaurants, excluding the numerous roadside stalls selling food. The organized restaurant industry churns out an estimated 4.2 lakh crores, employs 7.3 million people, and accounts for 3% of the GDP. Physical distancing, restrictions on business timings, and limited seating capacity contribute to the absence of people dining in restaurants. Online food delivery has helped the restaurant industry from total doom. However, the future of restaurant dining is not very bright. Cooking at home, with the help of tutorials and videos, became common in every household. Waiters and cleaning staff can begin working only if and when the pandemic subsides.

Another industry severely affected by the pandemic are the handloom and handicrafts industry. The already dull industry was made worse by the pandemic. The absence of exhibitions, banning the sale of nonessential items, and lowered demand contribute to their decline. The export of the industry fell by 40% to $2.1 billion from $3.53 billion.

Micro, small, and medium enterprises are enterprises that have an investment of 1Cr, 10Cr, and 50Cr, respectively. The MSME sector is one of the worst-hit sectors. It employs 120 million people, produces 45% of the exports, and contributes 37% of the GDP. In a situation filled with fear, lowered demand, and a ban on the sale of non-essential commodities, the MSME sector is the most vulnerable. The key challenges are to pay wages, rents, and pressing creditors. Businesses like garments, logistics, and consumer goods face a sharp decline. Businesses dependent on imports such as pharmaceuticals, electronic gadgets, and consumer durables are declining due to disruption in the value chain.

Contrary to the other sectors, the online business sector witnessed a boom during the pandemic. The pandemic will take the online business industry to a whopping $85 billion industry by 2024. The imposition of physical distancing, the closing of offline stores, and increased demand for goods have led the consumer to turn to an online medium for purchases. The big players like Amazon and Flipkart are registering unprecedented sales owing to the pandemic. Efficiency in delivery, time-saving, and widespread access to the internet have also contributed to their growth. Online food services like Swiggy and Zomato have helped not only in delivering food but also by employing many. The presence of online services for almost any need is a blessing during these times. Transactional services like Gpay and Phonepay are safe, easy, and secure. Digitization of the local shops also eased the transition towards a digital economy.

Need for fixing and focussing upon the unorganised sector

Immediate steps have been taken by the government to aid the poor, homeless, and old. Other provisions include providing compensation for the economic disruption to migrant and construction workers, welfare pension, guaranteeing employment, and distribution of food. A 3-month moratorium was allowed for the payment of loan instalments. The central and state governments worked together to alleviate the situation and introduced a slew of remedies like crop insurance, subsidies, agricultural credit, and benefits under MGNREGA (Mahatma Gandhi National Rural Employment Guarantee Act,2005). The centre also directed the transfer of 52,000 cr of cess collected under the BOCW (Buildings And Construction Workers Cess) to the accounts of the workers by Direct transfer route. States also announced relief packages for the upliftment of the marginalized.

In the agricultural sector

The government introduced changes in E-NAM (National Agriculture Market). The object was to decongest the markets and to strengthen agricultural marketing. CSIR developed the Kisan Sabha App. Through the app, farmers can connect with suppliers and transportation services. It significantly improves profit by eliminating the middleman. Contract farming connects the consumers and farmers, the consumers help the farmers with their needs, and the farmers supply them with the produce. The implementation of DBT (Direct Benefit Transfer) has helped the farmers to mitigate the losses suffered.

For migrants and the labour force

The finance minister announced several measures for the migrants. Proper implementation of MGNREGA (Mahatma Gandhi National Rural Employment Guarantee Act) by the states will benefit the returned migrants in rural areas to find employment. Distribution of 5 kg foodgrain and 1kg of channa for each person for two months, through the states, will be ensured. The nonbeneficiaries under the National Food Security Act can also avail of this. Implementation of the One nation One ration card will allow the migrant workers to access food in the working states. The migrant can rent affordable houses in the cities through the Pradhan Mantri Awas Yojana. A credit package of 5000Cr for vendors will facilitate easy credit policies. Rural and cooperative banks have received 30,000 Cr for crop loans.

The government announced the use of the TReDS platform, through which NBFCs(Non-Banking Financial Corporations) can lend money to MSMEs. Use of FinTech for enhancing transaction-based lending. Facilitating the growth of MSMEs through FOF(Fund of Funds) is announced. SIDBI (Small Industries Development Bank of India) and the Ministry of Micro Small and medium enterprises announced a credit guarantee scheme. Restriction on global tenders in government procurements up to 200 crores will ensure local participation. The country witnessed the lowest policy repo rate at 4.4% to act as a buffer for the inflicted blow. Public Sector Banks announced a low-interest loan rate of 5%.

Through decentralization and home delivery, alternate markets can significantly reduce overcrowding and congestion in urban markets, thereby ensuring greater participation between farmers and consumers. Introducing better transportation facilities will ensure that better quality products will reach the location faster. Adopting modern infrastructure will increase the quantity and quality of the stored produce.

The APMCs are old, ineffective, and inefficient. There is an immediate need to restructure the APMCs and replace it with direct purchase from FPOs (Farmer Producer Organisation) as it is more efficient and effective. Direct purchase exempts the purchaser from the market fee.

The pandemic has exposed digital inequality in our country. Jan Dhan and adhaar benefits have not reached everyone. The majority of Jan Dhan accounts are not even functional. There is a deficiency in the number of banks in rural areas. Stopping the digital divide is necessary for a rebound.

Supplying Electronic chip-based ID cards after registering with the Unorganized Workers Social Security Act will help the workers in receiving the benefits and protecting their legal rights. The government supported trade union could help unionize the workers and help them with registration and relocation.

Lack of poor coordination between the center and the states caused many hardships during the lockdown. They should work together to ensure uniform distribution of food through the PDS (Public Distribution System). The states, through the PDS shops, should distribute the food.

Workers in the unorganized sectors have little to no social and health security. The absence of security not only causes stress and ambiguity but also affects productivity. The government must take measures to improve the livelihood of its citizens. The development of any country depends on the standard of living of its citizens.

In conclusion, we can see that the pandemic has caused a significant impact on the unorganised sector. The government was quick to respond, but the scale of the damage was large. Radical changes and inclusive legislation with stringent enforcement could help remedy the situation. 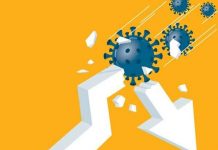 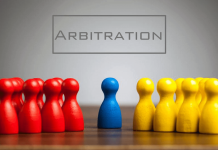 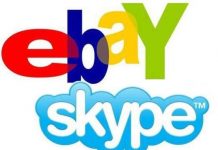