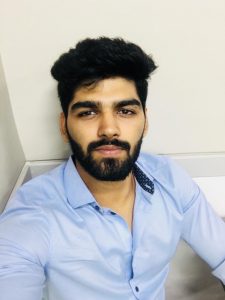 “I am what I am so take me as I am” the famous quote by Johann Wolfgang Von Goethe perfectly suits the situation in the contemporary times in which people accepted and supported the LGBTQ i.e. Lesbian Gay Bisexual Transgender Queer community. The act of accepting the changes shows that the people are shunning down the clichés that were prevalent in the society. With the change in time, various developments are taking place, people are accepting the changes in a more cordial way, This shows that mentality of the people is changing and they are becoming more flexible towards adopting the changes. Recently, in the case of Navneet Singh Johar and others. Vs Union of India, the honorable Supreme Court of India decriminalized section 377 of IPC which criminalized consensual unnatural sex as it violated the right to equality. The Supreme Court verdict is a major milestone for LGBTQ- identifying people across the country, where homosexuality remains a social taboo and gay people face endemic discrimination.

The decriminalization of Section 377 by the Supreme Court gave LGBTQ a separate and dignified status in the society. The court decriminalized it as it was violative of Article 14, Article 19 and Article 21 of the constitution. Article 14 talks about the right to equality, as the people of the LGBTQ community, were not being treated equally as compared to the other communities. Article 19(1)(a) talks about freedom of speech and expression but the people of LGBTQ community were not allowed to express their feelings and emotions, therefore, it violated Article 19(1)(a). Every citizen of India has the fundamental right to live with dignity and pride, earlier the people of the LGBTQ community were discriminated by society openly or insidiously which hampered their dignity due to which they were compelled to live in isolation and are treated like a pariah, therefore, they had to live without revealing their emotions which intend to violate their right to live with dignity. Many instances have shown up with regards to the humiliation that was faced by the members of this community at their workplaces which eventually led to their resignation. With the decriminalization of section 377, the community got equal rights as compared to the other communities.

Though the decriminalization of section 377 will give LGBTQ community a separate and dignified status but at the same time it will have cascading effect on existing laws, especially personal laws such as section 32(d) of the Parsi Marriage and divorce act,1936; section 27(1-A) of the special marriage act,1954; section 10(2) of the Indian divorce act, 1869; section 13(2) of Hindu marriage act, 1955 and many other sections and acts.

The main objective of this research paper is to analyze the impact of decriminalization of section 377 of IPC on Indian family laws. The recent judgment could bring a deadlock in certain upcoming cases involving the LGBTQ community with or without amendments could be difficult to apply the law.

The major problem after the judgment in favor of the LGBTQ community is the interpretation of the term husband and wife, until now it was the normal understanding amongst the people that husband is considered to be a male and wife is considered to be female, with the decriminalization of section 377 the interpretation of these words became imperative because if these terms are not interpreted then it will become difficult to determine the that who is to be considered as ‘husband’ and ‘wife’ in case of homosexual marriages as there is no separate law regarding marriage of LGBTQ community as in the case of other laws governing the marriages.

If the Meaning of the terms husband and wife are not properly interpreted then there will be ambiguity in understanding the law, for example in section 13(2) of this act, the grounds on which a wife can take divorce are mentioned but in gay marriage the condition as specified in the section cannot be fulfilled, therefore he cannot claim a divorce under the grounds which are mentioned in the clause. Therefore, section 3 i.e. the definition clause of the act needs to be amended and the definition of husband and wife should be added to the clause to remove the ambiguity regarding the homosexual and transgender marriages.

Moreover, in Section 32(d) of the Act, an unnatural offence is one of the grounds mentioned for the divorce, therefore, as the homosexuality is decriminalized so the unnatural offence has to be defined more clearly so that it does not create ambiguity in interpreting the law.

Section 7 and 8 of the act mentions the capacity of the male and female Hindu to take in adoption, according to me a clause should be added in both the section that if the parents from the LGBTQ community want to go in for adoption then they can also adopt the child with the consent given by both of them.

Section 10(2) of the Act mentions the grounds on which a wife can take divorce but the same problem arises when the there is a case of a homosexual marriage, therefore the word husband and wife should be interpreted to clear the vagueness of the act as after the decriminalization of section 377 even a male can be considered as a wife and a female can be considered as the husband.

Section 27(1-A) of the Special Marriage Act talks about the grounds on which wife may present the petitions of divorce in the district court. Here, sodomy is also given as a ground of divorce, therefore, the word sodomy shall be described in a more clear way as it has been decriminalized by the court. The terms husband and wife should be interpreted with respect to the LGBT community and shall be included in the act.

Referring to all the acts mentioned above, the major problem that is in the acts is regarding the interpretation of the terms husband and wife. Since Section 377 has been decriminalized so if homosexual marriage happen in the society then they will be governed by these Acts only as there is no separate legislation for LGBTQ community, therefore the homosexual marriages which will be happening, will be governed by these act only and these acts are subject to interpretation until and unless they get amended or a new act comes for this community. Therefore, the terms ‘Husband’ and ‘Wife’ should be interpreted with respect to LGBTQ community i.e definition of both husband and wife should include male as well as female spouse.

The other major problem which can arise in homosexual marriages with respect to Indian family laws is to decide who would be liable to pay the maintenance as in the case of divorce, which could be difficult to ascertain as the gender remains the same for both the parties.

Therefore, according to me the decriminalization of Section 377 of IPC will have a great impact on Indian family laws and will create a lot of ambiguity in interpreting the laws for them. So regardless of amending all the Acts and personal laws, the legislators should amend the acts except personal laws such as special marriage act, Indian divorce act for the people of LGBTQ community to prevent the chaos. Another thing which can be done if the amendments are not initiated by the legislators for the LGBTQ community is to draft a separate legislation for them which will cover their family law system but drafting of new legislation will take time so amending special marriage act and other laws apart from personal laws will be more feasible and beneficial for the community as well as society.

The supreme court’s verdict on Decriminalization of section 377 was a major milestone for the LGBTQ community as it gave them the right to reveal their emotions and live a dignified life but at the same time it will affect various other laws especially personal laws such as section 32(d) of the Parsi Marriage and divorce act,1936; section 27(1-A) of the special marriage act,1954 etc. Therefore, to deal with this problem several amendments in the legislation dealing with the family laws should be done such as the interpretation of the word ‘husband’ and ‘wife’ should be made properly.

In the end, I would like to say that Though, the judgment by the Hon’ble Supreme Court was given in the favor of the LGBTQ community but the social implications of it would be a colossal task to be dealt by the community members. The judgment should work effectively both on paper and in practicality.