This article is written by Sanjana Jain, a student of Guru Gobind Singh Indraprastha University, Delhi. This article talks about the Russian Arctic oil spill, how it was caused, reason behind the oil spill and how it was tackled. The article also talks about how different parts of the ecosystem responded to this oil spill.

On June 3, 2020, a state of emergency was declared in Russia after a massive oil spill in the Arctic region. It began on 29 May 2020, when around 17,500 tons of diesel fuel from a power plant in Norilsk leaked into local rivers. The power plant was owned by a Russian metals mining giant, Norilsk Nickel. The strong winds caused the oil to spread over more than 12 miles from the actual source, contaminating nearby rivers, lakes, and surrounding soil. The oil also leaked into the Ambarnaya river that flows directly into the environmentally sensitive Arctic ocean. This oil spill incident in terms of volume has been described to be the second-largest oil spill in modern Russian history, after the 1994 Komi pipeline spill, where about 4,00,000 tonnes of crude oil were released to the environment between August 1994 and January 1995.

Vladimir Putin, the Russian President said that for the clean-up effort a state of emergency is needed, about 700 people were involved in the massive clean-up. Some experts say that this clean-up could even take five to ten years.

The oil spill perhaps did not get much international attention as it occurred in the middle of a global pandemic and just a few days after the death of African-American George Floyd, which led to Black Lives Matter protests. But this spill was a major disaster with serious implications.

How this spill occurred

On 29 May 2020, an environmental disaster was reported, when after a fuel tank collapsed in Norilsk, Russia, more than 20,000 tons of diesel leaked into the Ambaraya river, the river turned crimson red after the oil spill. The most panic part of the oil spill is that the river has shallow waters that directly flows into the environmentally sensitive Arctic Ocean. Emergency measures were announced soon after this in the Siberian Peninsula. This leak took place at a power plant at Norilsk, which was built on permafrost. Permafrost is a combination of ice and soil and it is permanently frozen ground. The permafrost weakens due to the increasing temperature and global warming, and hence there is a risk in the structures that are built on such grounds,  so this poses a great danger, as in Russian landmass, around 60% of such permafrost comprises a lot of buildings and plants. Thus, this weakening makes the pillars sink that holds the power plants fuel tank and hence the oil leaks to the river.

From this incident, we can see how badly climate change affects permafrost, and how it poses danger for such buildings and plants that are present in such areas. The rise in the global temperature causes the melting of ice and permafrost layer, because of which the structures built on such ground are at risk of collapsing any time soon. In countries like Alaska, Siberia, Canada, and Greenland such permafrost exists.

A diesel spill differs from other oil spills

Oil spills such as that of the Exxon Valdez in 1989 or Deepwater Horizon in 2010 includes thick, gloopy crude oil that sets on the surface of the seawater, for this kind of spills, clean-up is well known. But the recent Norilsk spill includes thinner and less gloopy diesel oil in seawater, which makes clean-up more difficult.

Around 2,000 or 4,000 types of hydrocarbons are included in diesel oil, which break down differently in the environment. 50% of it can be evaporated within hours and days, harming the environment and causing respiratory problems for the people.

Other, more resistant chemicals bind with algae and microorganisms present in seawater and sink, creating a toxic sludge on the sea. This shows that the contamination has been removed and it is now no longer present. However, this sludge can remain on the sea for months or years.

Reason of the spill

Norilsk-Taimyr Energy (NTEK) a coal-fire combined heat and power plant uses diesel oil as a backup fuel. On 29 May 2020, the fuel storage tank failed due to holes at the bottom of the tank, which were caused because of the formation of ulcerative corrosion. The company had been ordered in 2014 by the Russian regulatory agency for natural resources, to clean-up the outer surface of the walls and roof of the tanks from rust and restore the anticorrosion coating by 2015, and the company was also ordered to conduct a non-destructive inspection of the bottoms of the tanks by 2016. Despite the instructions from the Russian government, the company did not take the required steps to avoid the failure of the tank.

Nornickel claimed that thawing permafrost was the reason for this incident. The company gives the statement that due to sudden sinking of supports which served without problem for more than 30 years, the storage tank of the diesel fuel was damaged, which results in a fuel leak.”

Response of different parts of ecosystem on this

At the bottom of the river, there are microscopic plants and algae that require sunlight in order to create energy by the process of photosynthesis, but because of an oil spill when oil enters the river, it settles on the surface and creates an oily sunblock, because of which these organisms rapidly decrease in number. Also, the animals that feed on them also die off because of this. With time this oily layer will be dispersed with the help of wind, but some oil goes down to the bottom and, with their predators diminished, algae will again return.

There are very few organisms present in the soil in the Russian Arctic harbor than elsewhere in the world, all thanks to Russian cold weather conditions, because of which the ground is frozen, liquid water is scarce and there are few nutrients available.  However, these soils are badly affected because of this oil spill incident. The oil coats the soil particles and reduces their ability to absorb water and other nutrients, which badly affects the organisms present in the soil as they are not able to access food and water that are essential for their survival. This oily coat can remain on soil for years as it is very difficult to wash it off, because of which sometimes soil has to be removed physically.

On July 6, 2020, the mining company (Nornickel) that owned the storage tank stated that they had removed around 185,000 tonnes of soil that was contaminated. The soil was stored by them on one of the sites to be cleaned by September by certified containment experts. By then the cleaned soil will be returned to its original state. Also, the Olympic swimming pools that were full of oil-contaminated water have been pumped from the river to an industrial site where all the harmful chemicals will be separated and the clean water will get back to the river.

By doing all this some toxins will remain in both the water and soil, but it is better than doing nothing. With time these toxins will build up within the food chain, starting with the microscopic organisms and in time causing health problems in larger organisms such as fish and birds. Some of the small invisible organisms in both the soil and water can be a solution theoretically. As carbon is included in diesel which is somehow essential for all life and some of the microorganisms actually grow vigorously on oil spills, thus helping to cease contamination by using carbon as a source of food.

Usually, microbial activity and biodegradation were hindered by cold Arctic conditions, but the current Arctic heatwave may help in speeding up this process, enabling oil-degrading microorganisms to grow, reproduce and consume these contaminants more speedily.

How oil spill can be tackled

Many scientists and environmental organizations are looking for techniques to tackle such a spill and to minimize the impact of such a spill on the environment. In 1970, work was started on such oil spills and different techniques were tested for clean-up. The methods and solutions proposed for clean-up are the use of boomers, skimmers, and in-situ burning. Another way suggested was Bioremediation to fragment the oil through Alcanivorax and Methylocella Silvestris bacteria. Other measures suggested were to include machinery to gather oil from the river, dispersants to convert the oil into water-soluble micelles, and many more. But, none of them is found fully effective in clean-up the oil spill.

A criminal investigation of the spill has been instituted by Russia’s investigative committee. The head of the power plant has been put under remand and is charged with the offense of violating environmental regulations and negligence. According to Russia’s emergency situation ministry, the company did not report the oil spill incident for two days, and they tried to hide it from the government and tried to control the situation on their own. Because of this oil spill, a  regional state of emergency was declared by the President of Russia, and he also criticized the local authorities for the slow response to this incident. The president also criticized the chairman and the major shareholder of Norilsk Nickel, for not taking proper safety measures of the fuel tanks at the plant. In order to prevent similar accidents in the future, Vladimir Putin ordered amendments to amend Russian laws. On 3 June 2020, through a Video Telephony meeting Vladimir Putin questioned the head of NTEK that why the government got to know about the incident two days after it was held, and will social media tell the government about the emergency situations in the country

Currently, the available solutions and technology efforts made, are to clean-up the Arctic oil spill. Also, Russian authorities have been offered help by the US for tackling the ongoing situation keeping aside their arguments on other issues. Such actions call attention to the severity of this environmental disaster that can and is harming humans and the biodiversity. This accident has again brought into limelight the issue of climate change and the melting of permafrost and how this can repeat in the future as well. In response to this, inspections are being conducted by the concerned authorities such as NTEC teams in order to assess the fuel tank storage in other buildings on permafrost, such that another hazardous incident can be prevented. But that’s not enough, the countries should understand the effects of global warming and should take measures in order to control their emissions for a safe future. 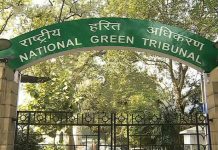 All about National Green Tribunal 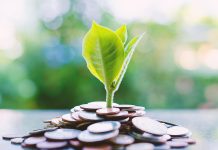 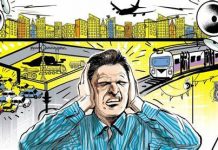