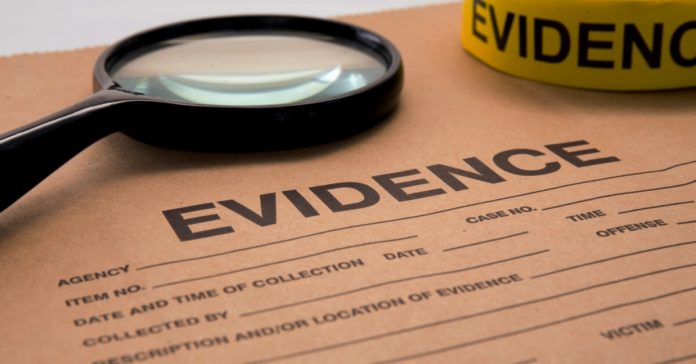 Circumstantial evidence cannot be considered as proof but something that is often used as a guide for further investigation. It is used in criminal courts to establish the guilt of proving the innocence of the accused. It also plays an important role in establishing or denying liability in civil courts.

Circumstantial evidence is related to the circumstances of the case. It is also known as indirect evidence as it is applied indirectly. It includes all relevant facts and it is not a piece of secondary evidence.

As evidence plays an important role in delivering justice, it becomes relevant that any evidence going to be produced before the court must be taken care of. The essential conditions of admissibility of evidence must be fulfilled. A case to be solely judged on the basis of circumstantial evidence, the following conditions are to be fulfilled:

The direct evidence is not present so the car circumstantial evidence must be a complete sequence of proof and there should not be any ground for the conclusion.

Difference between Direct and Circumstantial evidence

For example, X saw Y in the room of Z and later saw Z unconscious. By taking this example, the following difference can be understood.

Direct evidence is mainly for believing in witnesses or not believing in them. If someone believes the witness then and saw the crime or thing happened then he had the proof of the fact he is trying to prove. From the above example, if X saw Y exiting the room of Z or doing something to make him unconscious then it forms direct evidence.

The sole basis of conviction

As it is considered that the confession of an accused person, if voluntary, is the best evidence. If there is the slightest suspicion of torture or involuntariness on the accused that does not prevent the person entrusted with investigation.

After considering the evidence presented and hearing the argument, the court comes to the conclusion that if the facts exist or not and which have been declared by the parties. The court applies rule of law after finding all the facts.

Cases based upon circumstantial evidence

The following are the landmark judgments based on circumstantial evidence as a sole basis of conviction:

In this case, the Supreme Court dismissed the appeal and opined that all circumstances that took place in this case such as the recovery of the weapon which was considered as evidence from the wheat field, convinced them to opine that the prosecution established the chain of circumstances and completed the chain.

No trace of doubt could be found and the circumstances of the case were proved beyond a reasonable doubt. It was also held that if a case has some flaws because human beings can make errors then the case can be said to be imperfect. But in this case, all the circumstances gave a clear picture of the crime and the guilt of the accused. Hence, all the accused persons were convicted.

In this case, the Bombay High Court quashed and set aside the order and judgment of the trial court. The trial court had convicted and sentenced the accused. The accused were alleged to have murdered the deceased, Arjun. They were convicted under section 120(B), 302 of the Indian Penal Code read with section 34 of the following. The High Court observed that this case was based on circumstantial evidence by looking at the materials available on record. And there was no eyewitness in this case. The Court opined the following:

Hemant vs. State of Madhya Pradesh

In this case, the applicants, Hemant, Dharmendra, and Jagdish were convicted for the offenses under Section 323 (4 counts) of the Indian Penal Code. They were sentenced to a fine of Rs. 500 each with imprisonment of 6 (six) months each and in case of default of payment of fine then 15 days would be given to every one of them.

The Court held that based on the circumstances of the case and rival contention of the parties, it is directed that each one of the applicants has to furnish a personal bond of the sum of Rs. 50000 (Rupees Fifty Thousand) with one solvent surety each and in the amount to the satisfaction of the trial court for their regular appearance.

There are several high-profile murder cases that are based on circumstantial evidence. The most debated and controversial ones are:

This is the case of Jessica Lal, who was a bartender at a restaurant in Delhi and it is one of the most debated controversial cases in India. The Supreme Court’s decision was based on circumstantial evidence as the witnesses were turned hostile. At first, the Delhi High Court reversed the judgment of the trial court, who acquitted the accused, Manu Sharma, due to witnesses’ hostility and lack of strong evidence, the High court found Manu Sharma guilty of the murder of Jessica Lal. The Delhi High Court’s judgment was upheld by the Supreme Court. The Apex Court of India held that:

Aarushi Talwar murder case is another talked about high-profile case of India. This case is also known as the “Noida Double Murder Case”. In this case, Aarushi, a teenager, and her live-in domestic worker, Hemraj was murder brutally in the same manner. After the discovery of the domestic worker body, the prime suspects were Aarushi’s parents.

The court quoted the judgment of the case of Khem Karan v State of UP. It states that if all the circumstances and the evidence on whose basis it is pointed towards the accused guilty and there is no chance of the possibility of any other way then in such a situation, the accused can only be solely convicted on the basis of circumstantial evidence. The court laid down a list of circumstances that pointed fingers towards the parents as accused of murder. Some of them were:

The Court presumed that in case of the murder of a child, her parents would have hugged their child which could lead to the stain of blood on their clothes but in this, there was none.

No one from outside would have dared to come and shift Hemraj’s body on the terrace or drink liquor right after committing such a heinous crime.

It was inferred from the injuries that the weapons of murder were a Golf club and a scalpel. Aarush’s father was a member of the golf club and both her parents were dentists, so getting those two things was easy in Talwar’s house.

The Court held that on the basis of circumstantial evidence, both the parents are convicted for the murder of their daughter and domestic worker under Sections 302, 34, and 201 of the Indian Penal Code. They were also held for destroying the evidence and thus convicted for rigorous imprisonment for life.

Circumstantial evidence through indirect evidence is an important part of the Indian Evidence Act. From the above-stated facts and judgment of the cases, it is concluded that the circumstances of the case play a vital role in the decision of any case. However, if the entire evidence is circumstantial in nature and the court believes it then the court scrutinizes with great care all the evidence, to eliminate any hypothesis in favor of the accused and only finds him guilty.