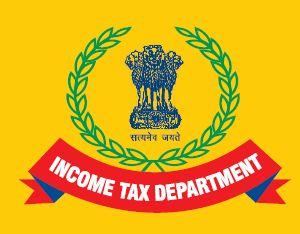 With the emergence of the concept of tribunalization in India along with the sowing the seeds of Appellate Tribunal, its highly appreciated that the workings and success of ITAT or Income Tax Appellate Tribunal has boosted the morale of the Government to establish other similar tribunal. This article focuses on the role and importance of ITAT along with its powers and function with some decided case laws and finally the admirable experience of some of the retired members of ITAT.

Role and importance of ITAT

On the historical premise the concept of ‘tax’ was brought by the Act of 1860. At this time the panchayat had the authority to make the assessment and if any person was aggrieved by the decision of the panchayat then an appeal can be made to the collector of the district whose decision was binding and final. Replacing the Act of 1860, the Act of 1868 made certain changes.

Firstly, regarding the petition of objections made to the Collector and Secondly, an appeal from the order of the Collector to the Commissioner of Revenue of the Division whose decision was binding and final. It is to note that no reference was available to the High Court under the act and also the same position was followed under the succeeding acts of 1869, 1870, 1872, 1886, 1916 and 1917.

The Income Tax Act in its modern form, was introduced which legislated advisory jurisdiction to the High Courts. The Act was rebuild in 1922 but did not introduce any changes in the adjudicatory structure. As the civil courts were prohibited from entertaining litigation in taxation matters, an urgent and critical demand was fixated on establishing an independent forum for redressal of the aggrieved under the Income Tax Act. The establishment of a tribunal as an independent appellate authority was possible when the Select Committee was appointed, in November 1938, to consider the amendments to the Indian Income Tax Act, 1922.

As a result with onward tribunalization in India, the Income Tax Appellate Tribunal or ITAT was constituted on 25th January 1941, by virtue of section 5A of the Income Tax Act, 1922. Since its establishment, ITAT has been working very hard except for vital changes due to its expansion and extension of its jurisdiction. There have been no significant changes either in the constitution or in the functioning of the tribunal in the Income Tax Act, 1961.The motto of Income Tax Appellate Tribunal ‘Nishpaksh Sulabh Satvar Nyay‘ basically means impartial, easy and speedy justice.

The most essential quality of ITAT is imparting justice to the litigants by an inexpensive, forum free from technicalities and its expert knowledge on the subject of Direct Taxes. It is noteworthy that the success and achievement of ITAT has motivated the Government of India to constitute similar Appellate Tribunals for indirect taxes i.e. Central Administrative Tribunal, Railway Claims Tribunal, Foreign Exchange Appellate Board, etc.

Over the years, ITAT has earned accolades, as its Members have adorned high positions in the judiciary and other equally important institutions. The first President of the Tribunal Mr. Mohammed Munir Dar, was elevated to the Hon’ble Lahore High Court and later as the Chief Justice of the Pakistan Supreme Court. The second President of the ITAT Shri Khan Bahadur Yahya was also elevated as Judge of the Hon’ble Madras High Court. Hon’ble Justice Ranganathan of the Supreme Court of India was Vice President of the Tribunal. Hon’ble Justice Fathima Biwi later Governor of Kerala was Member of the ITAT. Till now, almost 32 erstwhile Members/Vice Presidents and Presidents of ITAT have been elevated to various High Courts including two to the Supreme Court[1].

One can appreciate the workings of the ITAT from speeches delivered by the Law Minister in the Parliament, various Chief Justices, Former Presidents of India and Other Dignitaries from the 115th report of the Law Commission. For the purpose of ensuring highest degree of independence of the ITAT, it functions under the Department of Legal Affairs in the Ministry of Law and Justice, and is kept away from any kind of control by the Ministry of Finance.

The appeals before the Income Tax Appellate Tribunal are generally heard by a division bench – consisting of one judicial member and one accountant member. In cases involving assessed income of less than 15 lakh, any one member, though it is required that a work experience of minimum five years in the tribunal is must, can decide the appeals in a single member bench as well. However, the monetary limit for deciding an appeal by a single member bench of ITAT has been enhanced from 15 lakh to 50 lakh in 2016 Union budget of India[2].

The Income Tax Tribunal Rules, 1963 provides vivid powers and functions to the tribunal to deal with the income tax cases as well as it is aimed at providing justice to the aggrieved party from the decision of the Commissioner of Income Tax. The act and rules provides the method of filling, time limit, disposal of the appeal, procedure for conducting the appeal and powers of the tribunal.

Rule 24 of the Income-Tax (Appellate Tribunal) Rules, provides that where in case the appellate fails to appear in the tribunal on the day decided for hearing the appeal in person or through an authorized representative, the tribunal may dispose of the appeal on merits after hearing the respondent provided that when the appellant furnishes ‘sufficient cause’ for his non-appearance on the so day decided the tribunal on being satisfied on its truth may make an order setting aside the ex-parte order and restoring the appeal.

The Gujrat High Court held that it is quite obvious that the tribunal, instead of examining the issue as to whether there was a sufficient cause for non-appearance of the appellant on the day of hearing has disagreed and taken into consideration other irrelevant factors. It also appears that the tribunal has failed to acknowledge the averments made in the application, since the aforesaid finding recorded by the tribunal is contrary to law.

The Tribunal dismissed the appeal on the ground of non-prosecution. The situation is due to the boycott of the Tribunal by Chartered Accountants and Advocates.

The Tribunal held that whatever may be the punishment given to the striking professionals the litigants should not suffer because of such strike and the ex-parte order should recalled. The appeal was not decided on the merits for the default of the assesse. Section 254(1) of Income Tax Act, 1961 provides that the Tribunal may, after giving both parties to the appeal, an opportunity of being heard, pass such orders as it thinks fit.

The Tribunal under Section 254(2) can recall its order in entirety if it is satisfied that prejudice has resulted to the party which is due to the Tribunal’s error or mistake and which error is manifest error and it has nothing to do with the doctrine or concept of inherent power. The Tribunal set aside the ex-parte order and restored the appeal.

Power of remand is an additional power to the power of an appellate authority for obtaining all relevant information for a fair conclusion. However, this power shall not be exercised as a routine matter.

The High Court held that the findings of the Tribunal are not borne out of from the orders of the subordinate authority. The Tribunal has failed to appreciate that the Assessing Officer had granted opportunity to the assesse to prove the genuineness of the gift and credit worthiness of the donor but the assesse failed to adduce any proof in this regard. The onus thus could not have been shifted by the subordinate authorities. The Tribunal is duty bound to consider the reasons given by the appellate authority for its decision before upsetting the order made by the appellate authority.   The impugned order remanding is vitiated in law. The High Court restored the case to the Tribunal to decide the case afresh in accordance with law after giving reasonable opportunities.

Generally, a new plea is not admitted in appeal and the tribunal cannot entertain a new plea which has not been raised before the lower authorities.

The High Court rejected the plea of Revenue in so far as the Tribunal did not permit the Revenue to take up an additional ground pertaining to Sec. 14A of the Act. The Court is of the view that the Tribunal has put the matter in correct perspective while rejecting the plea of the Revenue. It is noticed upon a perusal of both the assessment order as well as the order of the Commissioner of Income Tax (Appeals) that no such plea was taken before two authorities. Nothing has also been indicated in the appeal which would lead the court to believe that there was material which could have been looked into had the Tribunal permitted the Revenue to take up the said additional ground pertaining to Sec. 14 of the Act. The Tribunal rightly rejected the plea.

The appellant assailed the order of the Tribunal in exercise of its power under Sec. 254(2).  Against the order of assessment which was confirmed by the First Appellate Authority, the petitioner preferred an appeal before the Tribunal. The Tribunal partly allowed the appeal. The Department filed a review petition on the ground that the addition of Rs.17,17,205/- on account of unexplained house property by the assesse is mistake apparent on the record for which the finding of the Tribunal is to be set aside. The Tribunal set aside the order passed in appeal with a direction to hear the appeal afresh on merits in due course.

It is held by the Supreme Court that the power of rectification has been conferred on the tribunal to see that no biasness is caused to either of the parties appearing from the record and that the amends made to the wronged party by the court or the tribunal for the wrong committed by it has nothing to do with the concept of inherent power to review.

The Supreme Court held that the Tribunal in certain circumstances can recall its own order and Section 254(2) does not totally prohibited so. Power to recall an order is prescribed in terms of Rule 24 of the Income Tax (Appellate Tribunal) Rules, 1963 and that too only in cases where the assesse shows that it had a reasonable cause for being absent at a time when the appeal was taken up and decides ex-parte.

There is no doubt about the fact that the workings of the Income Tax Appellate Tribunal or ITAT has immensely contributed towards the development of other Appellate Tribunals. In the words of Shri Beni Sankar Prasad, ITAT in the income tax administration is an ‘oasis’. The Former Law Minister Late Shri. H. R. Ghokale said in the parliament that ‘All the tribunals in the country should be modelled on the model of ITAT, as it is a model tribunal delivering equitable justice expeditiously’. The constitutional law expert, author of Income-Tax and Former ambassador to the USA, Late Shri. Nani A. Palkhivala said with reference to ITAT, that ‘If a decision even on intricate questions of law is adverse to me, I will not bat an eyelid to accept the judgment In Toto and will not advise my client to file a Reference Application (RA) in the High Court.’

The glory of ITAT can be appreciated from the fact that many of its members were elevated as judges in various High Court. Some of them became the judges of the Supreme Court of India and others the Chief Justices of High Court.

It is quite commendable to note though 60% of the decision of the ITAT are adverse to the revenue, however the revenue has no grouse because each decision showed where the revenue went wrong, either in interpretation of law or findings of acts.