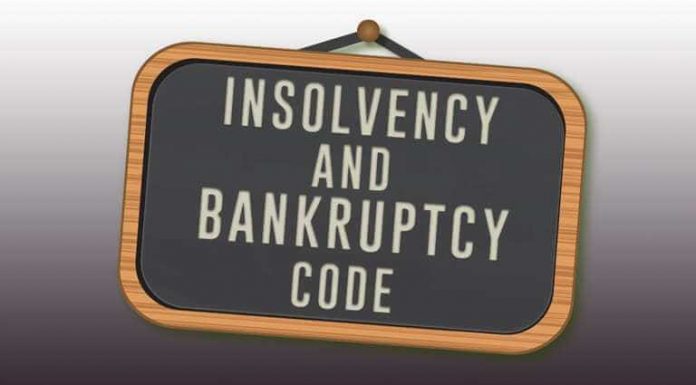 This article has been written by Sonia Bohra, pursuing a Certificate Course in Introduction to Legal Drafting and Article Writing from LawSikho. It has been edited by Ojuswi (Associate, LawSikho).

“The IBC is a very deep reform. It is almost as deep a reform as GST or demonetization. It changes the fundamental character of Indian business”.

Over the past few years, the banking sector of India has faced various problems due to non-performing assets (NPAs) which has brought stagnation to the Indian economy. Massive loans were taken by several organizations/industries but were declared insolvent at the time of the repayment of the loan. There was depreciation in the assets of the organizations and the amount of loan to recover was insufficient for them. The earlier regime also did not prove effective for the revival, therefore India went on having a staggering amount of non-performing assets. This impacted not only the domestic market but also affected foreign Investments. Hence it became necessary to update the laws and incorporate best practices from all over the world which led to the enactment of the Insolvency and Bankruptcy Code, 2016.  This act is based on the UNCITRAL Legislative Guide which consolidates the existing framework by creating a single law for insolvency and bankruptcy.

How is the recovery rate higher than other modes

IBC still has the highest percentage of debt recovery as compared to the other modes such as SARFAESI Act and Lok Adalat. As per the RBI report, lenders recovered INR 104117 crores through IBC and the recovery rate was 46.3 % while the recovery rate through Lok Adalat was 6.2% SARFAESI Act was 17.4 percent and  DRTs was 4.9%. Due to the suspension of initiation of fresh insolvency proceedings under the IBC during the year March 2020 till March 2021 and covid-related debt being excluded from default being claimed by the lenders, this code was still one of the major modes of recovery in FY 2020-21.

Further, it was also reported that as on 31st July 2021, 14510 cases involving INR 5.13 lakh crores default were withdrawn from NCLT before the applications were admitted by the adjudicating authority. This shows that though the IBC is not meant to be a recovery mechanism it proves to be a crucial tool for pushing fearful promoters on losing control over their company into repaying debts before the applications of insolvency are admitted by NCLT.

IBC has also encouraged settlement between corporate debtors and creditors after the initiation of the Corporate Insolvency Resolution Process (CIRP). 5258 CIRPs had commenced till March 2022 as reported by the Insolvency and Bankruptcy Board of India (IBBI) and out of these 731 have been appealed or reviewed and 586 have been withdrawn, 1609 have ended for liquidation orders and 480 have ended in resolution plan’s approval.

Due to IBC, now the creditors have the option to revive the corporate debtor and maximize their asset’s value by inviting resolution plans. Provisions like moratorium after admission of the application of insolvency and Resolution Professional’s power to apply to NCLT for termination of onerous contracts are all conducive to attempting the revival of corporate debtors, instead of following the civil suit process.

480 corporate debtors have been rescued as on March 2022, through resolution plans with assets value being INR 1.31 lakh crores under IBC as per the IBBI data.

Over the past few years, the IBC has evolved thanks to several judicial precedents that gave legal clarity across various topics.

Following are the important judicial precedents given by court tribunals over the past few years.

Under section 5(8) of IBC, “financial debt” means “debt that is dispersed against the consideration for the time value of money.”

In one of the cases, the National Company Law Appellate Tribunal (NCLAT) held that loans advanced to home buyers through financial institutions and banks shall not be considered as financial creditors but shall be included in the committee of creditors (CoC) under corporate debtor. This is due to liability on individual homebuyers for the repayment of home loans. Under this case, the corporate debtor had sold 44 home buyers flats of their project and the loan was sanctioned to such homebuyers by Axis Bank. NCLAT relied on the case Pioneer Urban Land & Infrastructure Limited & Anr Vs Union of India & Ors and reiterated that corporate debtor’s financial creditors shall be homebuyers whether they have taken a loan from a bank or self-financed their flats or units.

The Supreme Court ruled in the case of Ebix Singapore Pvt Ltd v. CoC of Educomp Solutions Ltd & Anr that IBC only allows withdrawal from CIRP if the procedure specified under section 12A of the IBC and Regulation 30A of the Insolvency and Bankruptcy Board of India (Insolvency Resolution Process for Corporate Persons) Regulations, 2016 is followed. The resolution applicant cannot withdraw its resolution plan if the CoC has approved it. The NCLAT also held that after the approval is given by the CoC of such a resolution plan the CoC cannot consider another resolution applicant’s plan if it thinks that it might be a better plan.

In the case of Bank of Baroda & Anr v. MBL Infrastructures Ltd & Ors According to the Supreme Court, an individual creditor must invoke a personal guarantee even if the admission application to seek CIRP is filed by another creditor to attract disqualification under section 29A(h).

NCLAT also gave an interpretation of “control” under Section 29A(c) of this code.  In this section, a person cannot submit a resolution plan if at the time of submission such person has a non-performing account or a non-performing account of a corporate debtor under its management or control.  Here expression “control” under section 29A(c) is only positive control that is (mere power to block a company’s special resolution cannot amount to control).

6.      Benefits from recoveries under avoidance application

This code does not specify under avoidance applications which stakeholder is entitled to receive the amount.  In the case of 63 Moons Technologies, Limited v. The Administrator of Dewan Housing Finance Corporation Limited the NCLAT held that CoC cannot take the decision regarding who would be the beneficiary of the recoveries that are filed under section 66 of this code which deals with fraudulent and wrongful trading. The facts and circumstances of each case must be considered by the adjudicating authority when making such a decision.

7.      Guarantors to the corporate debtor under this Code

In the case of “State Bank of India v. Mahendra Kumar Jajodia”, the NCLAT had to deal with the issue of initiation of CIRP against the principal debtor’s guarantor under section 95(1) of this code, in spite of no pending CIRP against the principal debtor.  To seek initiation of CIRP against the corporate debtor’s guarantor, the State Bank of India filed an application under section 95(1) of this code. The NCLT, relying upon section 60(2) of the code, held that as no CIRP or liquidation proceedings were pending of the corporate debtor, the application was not maintainable. According to the NCLAT, Section 60(2) of this Code is intended to ensure that both proceedings will be heard by the same NCLT.  Section 60(2) in any way does not prohibit the filing of proceedings under section 95 of the code even though there are no pending proceedings against the principal debtor before the NCLT.

Recently the NCLAT upheld the warrant issued by NCLT against the directors of a corporate debtor which were suspended in an application filed under section 19 of this code. The NCLAT also held that it has the power to issue a non-bailable warrant for enforcing the attendance of a person.

This Code has marked a paradigm shift in efforts to resolve stressed assets in the financial system. As opposed to the “debtor-in-possession” model that has failed to improve India’s credit discipline, the law adopts a “creditor-in-control” approach. This Code fundamentally rebalances the power between debtors and creditors in the face of default by the debtors. This approach makes economic sense because the creditor only has the contractual portion of the economic surplus generated by the borrower, and the remaining surplus is distributed to the equity shareholders indefinitely until a default occurs. At this point, equity shareholders are protected by limited liability, but creditors lose all of their exposure to insolvent debtors. With one stroke, it eliminated the Hon’ble Supreme Court-recognized “divine right of promoters to continue in the saddle” and restored the interests of other stakeholders, especially creditors.

Insolvent debtors must be protected from their own management, where necessary, to maximize their value to society at large as a whole. Section 29A has given further impetus to this idea. Promoters are facing the possibility of losing control of their respective companies for the first time if the financial burden is not addressed in a timely and comprehensive manner.

This Code also establishes CoC as a public institution, with primary responsibility for ensuring that stakeholder value is maximized during the corporate debtor’s resolution. The Code also strengthened the negotiation power of operational creditors by allowing them to file CIRP initiation with respect to operational debtors who have defaulted.

To summarise, we have come a long way in improving the credit discipline in India. However, like public policy, this is an ongoing process and there is always room for improvement.