This article is written by Shreya Bajaj, pursuing a Certificate Course in Advanced Corporate Taxation from LawSikho.com. She discusses “Powers and Procedure for Income Tax Raids (Search and Investigation)”. 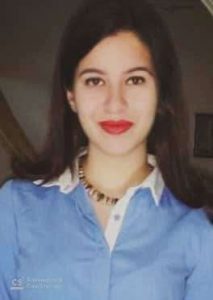 Income Tax Act, 1961 (hereinafter referred to as “the act”) is the code for levying and computing taxes on the income of the people and is a mandatory statute with consequences for violation of the law. With such a nature, it becomes necessary to have enforcement machinery in a mechanism to curb the proliferation of “Black Money”, that is, the unaccounted money on which tax has been avoided. One of the tools that the Income-tax department have with them is the power to conduct a survey, search and investigation in the premises of the suspected tax avoiders, this process being popularly known as “Raids”.

This power primarily emanates from Section 133A and enables the tax authority to collect information about the financial transaction of various persons within various classes to help with or that are relevant to any proceedings within the act. It is a much-tempered power as compared to the search and seizure. Under this section, the officers authorised can enter any place within jurisdiction where any business or profession is carried out and inspect books of accounts, place marks of identification on them and even impound in his custody for reasons recorded, make inventory of stock, cash etc and verify values, and record statements that can be relevant in proceedings. A place where no business or profession is carried out can also be surveyed if it contains a book of account or such document relevant and all necessary facilities would, therefore, be extended to such officers in those places as well. Additionally, as per section 133(5), in case of ostentatious expenditure suspected in a function or ceremony, the authorities can require the furnishing of such information necessary about such expenditure from persons who would have the knowledge and such information can be used as evidence in tax proceedings. If a person required to furnish information in a survey doesn’t do so, summons can be issued to him to enforce compliance. Additionally, the act also contains the power to conduct door to door surveys over a geographical area under Section 133B.

The power to conduct search and consequent seizure emanate primarily from Section 132 of the Act. It can be conducted after a survey or even straight away on the prerequisites being fulfilled. Its purpose is twofold: acquire evidence disclosing the person’s tax liability, and getting hold of assets that can represent undisclosed income and be used to be applied to discharge outstanding liabilities.

While being an indispensable tool in the hands of income tax authorities, it has fetters in the form of important procedures to be followed for such search and seizure to be legal.

As mentioned in 132(1), such an operation can be conducted when any among a certain set of officers has a “reason to believe” as a consequence of information possessed, that any of the following conditions have been fulfilled:-

Where a person to whom a summons or notice has been issued to produce any book of account or document and the person has failed to comply to produce or cause such documents to be produced Where a person to whom such a summon has been or might be issued will or would fail to comply in producing the documents relevant for any tax proceeding Where a person is in possession of bullion, money, jewellery or other valuable articles and such other things that represent the income undisclosed.

Following are the officers entitled to form such a “reason to believe”:

Thus, when a certain level of officers possess certain information, which can be in the form of credible information received from government departments, the intelligence wing, informants etc, and information from records of the tax department, from a survey conducted, from records of unexplained transactions, lavish expenditure, illegal investments and a plethora other sources, and such information leads to an application of mind that there is reason to believe that the aforesaid circumstances mentioned exist in a case, then such an operation can be conducted. But the operation itself can be conducted by lower-level officers as well as authorised.

It is important to know this procedural condition to conduct a legal raid and also to defend oneself from illegal action by tax authorities. Only the following officers ( hereinafter referred to as “Authorized officers”)can conduct a search:

Thus, a certain level of officers like Assistant Director cannot institute such an action without proper authorisation from senior officers as mentioned in the statute. Additionally, as per the first proviso to Section 132(1) and Section 132(1A), relevant officers can be authorised by Chief Commissioner/commissioner to conduct action with respect to persons outside the jurisdiction and where delay in getting authority from that other jurisdiction’s commissioner can be prejudicial to revenue interests, and with respect to such other places or premises if the original authorisation is inadequate.

When the key to doing the above action is not available, then such an officer can break open locks of lockers/almirahs/safes etc

Such an officer can also conduct a personal search of a person who has just got out of the premises, is about to get in, or is inside and there is a reason to suspect that such persons are hiding their identity or of certain articles in question

Make an inventory of articles/things

Seizure: One important power within the power to search is the power of seizure. The officer can seize any book of account/other documents or other articles in the question of the raid, successfully found as a consequence of the search. There is an exception to this. If such things are stock in trade of the person’s business, that is, the things are to be used in the ordinary course of business and don’t function as a personal asset, then such articles cannot be seized and only an inventory or note can be made in respect of such items.

Other administrative processes: As per the manual of procedure for Income tax search and seizure, the authorised officer alone does not conduct such an operation. He heads a “Search party” that needs to be brief thoroughly beforehand on the person in question, time of the strike, tax records, information seeked, nature of business etc and care is assumed to let all this information be absolutely confidential until the time of the raid. Certain search kits are also provided to such a party. Additionally, a control room is set up in a local tax office with officers manning it including a custodian of seized articles. The search party coordinates with the control room throughout the search and updates on all important developments and to get guidance.

As per official publications emanating out of statutory provisions and practice (ITR Vol. 208 (St.) 1994), there are certain rights and duties of taxpayers that are recognised in such raids.

(witnesses are to be appointed by the officer in the beginning in all premises where there is a locality from which witnesses can be procured, such witnesses should not be related to either the tax department or the party searched, should be literate etc. Such witnesses have the duty to examine the operation and make sure there is no illegality, for instance, undue coercion in the record of statements)

In addition to the general duties as mentioned above, certain other duties can be inferred from the penal consequences of certain actions:

Thus, with such consequences flowing from the IPC including the prosecution available under the Income Tax Act itself show that the person has to be very cautious and prudent and be absolutely truthful and sincere in such operations.

It is also relevant to note that barring situations for which the act itself has special provisions, the provisions of the Code of Criminal Procedure would apply with respect to the procedure in search and seizure. For instance, in case of a woman staying in the premises who does not appear in public, she should be given the facility to withdraw, before the operation.

There exist various other rules, and departmental instructions to deal with various minute aspects of the search including how to seize various kinds of articles and articles are valued. For instance, cash, FDRs, keys, pieces of art, bullion etc will all be treated differently. For instance, in case of perishable articles to be seized, assets can be released with an irrevocable bank guarantee furnished on the tax authority. However, where articles are to be used as evidence, they can not be released until the proceedings are over, irrespective of the nature of the articles and the value they can fetch.

There are certain differences between the two with respect to the scope of power that the authorised officers have. Under the survey, only places deemed to be places of business or profession can be entered. In search, any premises including residential premises can be entered. Only books of accounts can be impounded in a search while all kinds of articles can be seized in a search. Statements are recorded in both, however, the only search consists of statement under oath having wide legal ramifications and increased risk in case of lying. There is no power of personal search in the survey while it does vest in the officers in case of a search operation. Thus, survey can be considered a preliminary operation with search and seizure more focussed once a reason to believe has been developed.

There are a plethora of judgements by various tax tribunals and high courts holding various points of law regarding raids. For instance, that premises of a non-resident can also be searched [Ram Kumar Dhanuka v. UOI (2001) 252 ITR 205 (Raj)(HC)], or that survey operations can be converted into search operations only after record of reasons and satisfaction [Dr. Nalini Mahajan and others v. DIT (Inv)(2002) 257 ITR 123 (Delhi)(HC)]. However, certain important principles have been highlighted by the apex court as well, as given below

In this case, the constitutionality of the provisions of section 132 of the act and rule 112 of the Income-tax rules 1962 was upheld and were held not to be violative of Article 19 of the Constitution. The apex court held the law to be covered under “reasonable restrictions” and also held that evidence obtained in such search is not liable to be rejected.

It cited another case (M.P. Sharma v. Satish Chandra, 1954 AIR 300) to assert that search and seizure is only a temporary interference with the right to hold the articles and premises and for limited purposes of investigation and any damage caused due it is a subject of redress in other proceedings. It also commented that there are many inbuilt safeguards including the fact that this power is vested only in the highest officers.

In this case, the court shunned the practices of various officers of informing the media before an investigation is completed. Thus, a trial by media has to be strictly avoided in case of raids as well.

In this case, the court held that section 132 occurs in the -pre-assessment stage and can never be brought into action after an assessment has already been made to recover the tax. Thus, there can be no seizure once an assessment has been completed.