This article is written by Dhruv Bhardwaj, a student of Amity Law School, Delhi. In this article, he has discussed how a company is incorporated as per the guidelines laid out in the Companies Act, 2013 and why incorporation should or should not be done.

The word ‘Company’ has a strict legal meaning according to the provisions of the Companies Act of 2013, a company refers to a company formed and registered under the Companies Act. In common law, a company is a “legal person” or a “legal entity” which is separate and capable of surviving beyond the lives of its members.

Advantages of Incorporation of a Company

The advantages mentioned below are only enjoyed by the companies which are incorporated according to the provisions laid out in the Companies Act of 2013. Non incorporated companies do not enjoy these benefits.

According to Section 34(2) of the Companies Act, 2013, upon the issue of the certificate of incorporation (which will be talked about later in the article), the subscribers to the memorandum and other persons, who may from time to time be the members of the company, shall be a body corporate capable of exercising all the functions of an incorporated company having perpetual succession. Thus the company becomes a body corporate which is capable of immediately functioning as an incorporated individual.

The term perpetual succession means that the longevity of the company does not depend on its members or their financial status. Even if all the members of the company go bankrupt or all of them die, the company will not dissolve on its own unless it is made to dissolve on grounds which are laid out in the act.

According to Section 82 of the Companies Act of 2013, the shares of a company are deemed to be movable and transferrable in the manner provided by the articles of the company. This enables the member to sell his shares in the open market and to get back his investment without having to withdraw money from the company. This provides liquidity to the investor and the stability of the company. In a partnership, on the other hand, a partner cannot transfer his share in the capital of the firm except with the unanimous consent of all the partners.

An incorporated company is also vested with the power of suing individuals and other companies in its name.

Every company has complete independence to form policies suited to their organisation provided they do not violate general principles of law and equity.

The company being a separate entity, leading its own existence, its members are not liable for its debts. The liability of the members is limited to his or her share in the company and the liability ends there. No one is bound to pay more than what he has put in.

Disadvantages of Incorporation of a Company

Under this concept, the court disregards the status of a company as a separate legal entity if the members of the company try to take advantage of this status. The intentions of the persons behind the veil are completely exposed. They are made personally liable for using the company as a vehicle for undesirable purposes. This can be done where the only purpose of incorporation of a company was to evade taxes, where the company was brought forth for fraudulent purposes etc.

Incorporation of a company is both, an expensive affair in monetary terms and a cumbersome process because of the paperwork that it requires.

Company is not Citizen

Registration and Incorporation of Company

According to Section 33 of the Companies Act, 2013, the registration of a company is obtained by filing an application with the Registrar of Companies. Other than the application, the following documents should also be submitted. These include the Memorandum of Associations and the Articles of Association (if necessary).

Articles of Association are deemed necessary only for unlimited companies. A copy of the agreement which the company proposes to enter into with any individual for his or her appointment as a director or a manager also needs to be given if at all someone has been appointed. Lastly, a declaration that all the requirements of the Act have been complied with also needs to be given.

The preparation of a document known as Memorandum of Association is the first step in the formation of a company. This document contains the constitution of the company. According to Section 12 & 13 of the Companies Act of 2013, the document is divided into five clauses:

This informs the person contracting with the company what the liability of the members of the company is. The Central Government may, however, permit the company to drop the “limited” from its name in special cases like if the company is formed for the promotion of commerce, art, religion or science or any other useful object. The name of the company is also required to be painted outside of every place where the company carries on the business and printed on every business document and official letter. According to Section 147 of the Companies Act, 2013, misdescription of name entails personal liability.

The last clause states the amount of capital with which the company is proposed to be registered and the kinds, number and value of shares into which the capital is to be divided.

Articles of Association is the second important document, which in the case of some companies, has to be registered with the memorandum. Articles are internal regulations and bye-laws needed to define how the company will actually operate. Companies which must have the articles of association are:

Articles of association may prescribe such regulations for the company as the subscribers to the memorandum deem convenient. The Act gives the subscribers a free hand. Any stipulations as to the relations between the company and its members, and between the members inter se may be interested in the articles. It must also be noted that the document must not be in violation of the provisions laid out in the act.

Upon the satisfaction of the Registrar, he registers the company, enters its name in the Register of Companies and issues a certificate called the Certificate of Incorporation which is talked about in Section 34 of the Companies Act, 2013.

The significance of the Certificate of Incorporation lies in the fact that this certificate brings the company into existence as a legal person. The certificate is proof that all the requirements of the Act with respect to the aforementioned matters have been complied with and that the association is a company authorised to be registered under this act.

A lot of times what happens is that contracts are made on behalf of companies which are not even incorporated. This subsection will discuss the effects and the legality of these Pre-incorporation Contracts. Firstly, the company, when it comes into existence, is not bound by any contract made on its behalf before its incorporation. A solicitor, who on the request of promoters, prepared a company’s documents and spent time and money in getting it registered, could not recover his charges from the company.

Secondly, the other party to the contract is also not bound. The company cannot ratify a pre-incorporation contract and hold the other party liable. Thirdly, the agents who contract for a proposed company may sometimes incur personal liability.

According to Section 149 of the Companies Act, 2013, a private company can commence its business right from the date of its incorporation but in case of a public company, a further certificate for the commencement of business has to be obtained. This becomes necessary where a company has issued a prospectus inviting the public to subscribe for its shares. It will be entitled to the certificate subject to the following conditions according to Section 149(1): 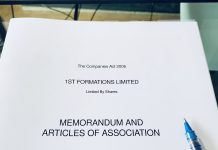 How to extract the article of association of a company 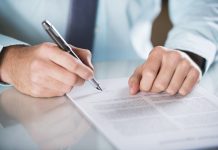 How to nominate the shares owned in your own name 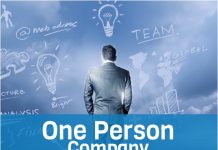 Are One Person Companies (OPCs) better than sole proprietorships