This article has been written by Sonali.

An arbitration including a foreign party or a foreign registered company is known as International Commercial Arbitration. In International Commercial Arbitration, the most careful consideration is required, while choosing a Seat of arbitration. The seat chosen by parties determines how the arbitration shall be conducted i.e. the Procedural law and the proceedings shall take place as per the curial law. For example, if parties choose London as their seat of arbitration then their arbitration proceedings will be governed by the Arbitration Act, 1996 of England. The actual physical hearing may happen at any place other than “Seat” as per the convenience and wishes of the parties which is known as “Venue”.

Why to choose the “Indian Seat” of arbitration?

There are several factors to be cognizant of while choosing a seat of arbitration. Some of them are mentioned hereunder:

Signatory to the New York Convention

The country should be a signatory to international treaties and conventions such as the New York Convention or Geneva Convention.

India is a party to this convention and had ratified it in 1960 which makes foreign awards enforceable in India. Also, if either of parties is a signatory to this convention, they can use any procedure which is valid in their country where they want to enforce the arbitral award even if that is not enforceable or expressly given in Indian law because in ad-hoc proceedings they can choose their procedures and enforce the resultant arbitral award in their jurisdiction.

The quality of judicial structure in a country creates an environment for arbitration proceedings. It should be kept in mind whether the judiciary allows sufficient autonomy to the parties to decide the terms of their process and how often are the chances of its getting rejected on grounds integral to their curial law.

Recent developments and judgments in India have shown the shift of judiciary from controlling everything to avoiding unnecessary intervention by them.

In Vijay Karia and Ors. V. Prysmian Cavi E Sistemi SRI and ors., the court in one of the principles appraised a policy of minimum curial intervention, firstly to encourage finality and secondly to respect the acknowledgement of parties that by choosing arbitration they have reduced their right to recourse to courts.

The curial law of India which is Arbitration and Conciliation Act, 1996 is based on UNCITRAL Model law which could be understood by any foreign counsel having exposure to English Law.

A high-value commercial transaction is usually made of a very complex structure of agreements between multiple different parties such as Contractors, Sub-Contractors, Suppliers etc. An arbitration agreement binds only the party to it because it is a contract. Therefore, involving third parties in the proceedings which may be necessary for evidentiary or informational purposes becomes difficult.

In Mahanagar Telephone Nigam Ltd. V. Canara Bank, the apex court used the Doctrine of “Group of Companies”. This doctrine indicates implied consent to the arbitration agreement. A non-signatory can be bound by the agreement if they participated in the negotiation of a contract or performed any part of it.

An international commercial arbitration involves parties from different parts of the world. The parties may as per their convenience and choice can choose any place for physical conduct of the process.

In BALCO Case, SC referred and applied an English judgment which said that it is not unusual to hold meetings in any place other than seat due to convenience of parties or witnesses. It does not mean that the seat of arbitration changes.

The award passed by designated seat must be enforceable in the place of contract. The curial law should allow a limited number of grounds for challenging the award and keep an attitude of pro-enforcement bias.

Recently, in Cairn India Ltd. V. GOI, the court said that there are no limits on forums where the award can be enforced.

Also it referred to a note in Vijay Karia Case, that grounds of patent illegality are outside the scope of interference with International Commercial Arbitration awards held in India and foreign awards. Section 34 differentiates between both.

In PEC Ltd., Court recognized the object of New York Convention of smooth and swift enforcement of foreign awards. It conceded that the word ‘shall’ in section 47 be taken as ‘may’ and filing of documents at the stage of application submission is relaxed.

Under Section 36 of Arbitration and Conciliation Act, 1996, there is no automatic stay of proceedings of enforcement on filing an application to set it aside and a separate application needs to be filed.

The approaches of courts are arriving in consonance with the object of New York Convention and Arbitration and Conciliation Act, 1996 i.e. to tamper with the awards only in cases of grave injustice and failure of proceedings.

The Apex court and High courts in India have English as their official language. This itself is an advantage for foreign parties.

The core conscience of arbitration is to have the disputes resolved in a short time period with efficiency. The curial law of prospective “Seat” should prescribe some time-bound procedures so that expeditious resolution can be ensured.

This was not a reality for Indian territory back in the past but things have changed in recent, immediately after the 2015 and 2019 amendment. As of today, the scenario is:

The tribunal may also impose costs on unnecessary delays caused by either of the parties.

Commercial matters of huge size usually involve inside information which needs to be disclosed to other parties during the process. If made public, this information can leave a great impact on the market position of these organizations. Afraid of this, many people look for jurisdictions which give sufficient confidentiality to their business matters.

Section 42A provides confidentiality for all information shared in arbitral proceedings except for necessary disclosures.

Autonomy to choose Arbitrator and Counsel

Commercial matters can be of vast complexity which requires high expertise in those sector-specific areas. Parties may like to choose an expert in their region whose expertise and knowledge is already proven to them. This is possible only when there is no hindrance in curial law of the designated seat.

The 2019 amendment had brought Section 43J in existence, according to which parties can appoint arbitrators only from the Eighth Schedule of the act and it was highly biased for Indian jurists and professionals.

In the 2020 ordinance, Eighth Schedule has been removed and the word “regulations” has been inserted. Now it is hopeful that the regulations shall consider the autonomy of parties and bring required changes so that parties may choose a foreign arbitrator or counsel of their choice.

In BCI V. AK Balaji, the court said, to advocate that foreign lawyers and foreign law firms cannot come to India to solicit their clients is a dangerous proposition and a step backwards when India is becoming a preferred seat of arbitration.

The fees of arbitrator or arbitration institution are quite high in well established international forums such as ICC, SIAC or HKIAC. If parties don’t keep a check, sometimes it may even cross the benefit derived out of such arbitration.

Indian Forums provide for costs much lesser than outside and the fee structure given in the act is even not applicable on international commercial parties. Therefore, it gives them ample scope to negotiate their costs and keep a track of them.

After the 2015 amendment, the remedy of Interim measure and Appeals were also given to International Commercial Arbitrations. It was held that Section 9, 27 and 37(1)(a) and (2) will be applicable on Part II of the Arbitration and Conciliation Act, 1996.

Under Section 9(3) there shall be no court intervention for interim relief till the Arbitral Tribunal is in existence.

Also under section 11(8)(b), an arbitrator needs to disclose contents of its impartiality.

Indian courts with time are tilting towards the approach that Arbitration should be more expeditious, autonomous of judicial interference and awards should be enforced as a common rule. Still, we can say that even after reaching milestones since the development of this act, there is a need to consider the following:

Studies have shown that Institutional Arbitration is more successful than Ad-Hoc one. Parties may not be able to arrange and conduct everything on their own efficiently and productively as is done by the Institutions. They ensure timely disposal of matters and cost effectiveness. They have the right infrastructure and workforce to execute and actively administer the process.

India is focusing to establish an Arbitration institution in line with those of ICC and SIAC to expand its reach and preference. Part IA was introduced to establish the Arbitration Council of India. Its duty is to promote alternative dispute redressal mechanisms through multiple ways including strengthening of arbitral institutions. But its success is doubtful because of high governmental and judicial interference in appointment of officers. There should be involvement of experts and professionals from different fields to ensure specialization and autonomy.

Provisions should be added regarding upfront payment of the dispute amount to the Institution or part of it so that expediency follows. Parties will be more vigilant and endeavoured to attend and complete the proceedings faster. In case of filing of objections, submitting an amount in award as a security is a fair procedure for both sides.

Arbitral Tribunals usually consist of Retired Judicial Officers as arbitrators who had practiced conventional procedural laws and evidence law their whole of their life. They remain quite resistant to adopt new lenient procedural laws while hearing arguments or collecting evidence.

We have come a long way in this but there is a need to identify this as an issue to be corrected. Not as an exception but as a common rule, Judicial Officers should adapt to these new regime laws and give maximum concessions in terms of procedural flaws wherever necessary to achieve the basic objectives of Arbitration and Conciliation Act,1996.

Recent judicial pronouncements give the implication that courts are ready to give parties more autonomy and easy enforceability to their awards. Challenges are there in terms of intervention by government or judiciary or in terms of establishment of sufficient infrastructure but they shall be conquered in near future.

In crux, it can be said that 2021 will be an interesting year for arbitration in India and more parties may look forward to choosing “India” as “seat” for resolution of their disputes. 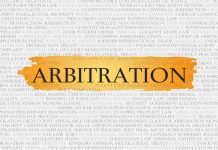 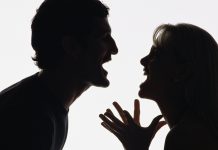 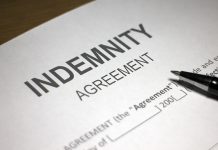