This article is written by Ambika Chaudhary, pursuing a Diploma in Intellectual Property, Media and Entertainment Laws from Lawsikho.com. Here she discusses “Top 10 Indian and Global Trademark Wars of the last decade”. 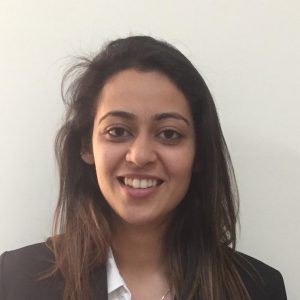 Trademarks are one of the most important intellectual property rights as they help the customers identify and distinguish between the products of one company from others. This is why a company with an established trademark will do anything to protect it from being copied by competitors. Trademark wars are cases wherein a company uses a name, logo or tagline already registered by another as a trademark with the Trademark Registry. The company which has already established and registered a trademark, will then either demand the infringing company to take down the concerned mark and if that is in vain then it will approach the concerned authorities. Trademark wars are becoming more and more common from the past two decades.  This is because companies are becoming more aware of their rights and how to protect the same. Nowadays companies have special teams just to keep a check that no other company is using their registered marks. The purpose of a trademark is defeated when a smaller/newer company uses a mark which is similar to an established mark, as that would confuse the public that the two products are from the same maker. This would essentially help the infringing company to benefit out of the established goodwill of the other company.

This paper aims to discuss 10 of the most recent trademark wars that have taken place globally and within India.

The appellants claimed that the Registrar failed to take cognizance of the fact that the respondent’s logo was very similar to their registered logo and the class of goods was also the same i.e. watches. This could easily cause the public to be confused between the products of the two companies. The challenged it by invoking section 11(1) of the Trademark Act, 1999.

The respondents challenged the application filed by the appellants on the ground that it was barred by limitation and hence was not maintainable. The IPAB held that the Deputy Registrar should have considered both the arguments and hence they remanded the case.

The IPAB ruled in favour of ITC Ltd. because it was clear from the facts that the respondents only wanted to keep their ownership on the marks and had not been using it.

This case was decided after a struggle of 7-8 years.

The class of goods that the mark is being used for is the same. Therefore it can be inferred that the respondents had malafide intent to create such a deceptively similar mark.

The Delhi High Court ruled in favour of the appellants holding that there is a prima facie case in their favour. The court thereby awarded an injunction but also gave the defendants a time period of a month to clear their stock which bore the concerned mark.

The facts of this case were such that the plaintiff (Ajanta Pharma) filed an application seeking an injunction against the defendants (Theon Pharmaceuticals). The claim raised by the plaintiff was that the defendant started to use a trademark which was very similar to their registered mark. The former has registered the mark, “Feranta” and the defendants created a mark called “Ferinta”. The plaintiff filed the concerned application before the Bombay High Court. It brought to the court’s attention that it was a well-known manufacturer and exporter of medicines and pharmaceuticals. It also proved that it has been in this field for around 4 decades and it also has a registered trademark on the concerned mark.

The defendant started using a deceptively similar mark and also applied for its registration. The plaintiff found out about this and filed an opposition. The marks are very similar and they also belong to the same class of goods under the Trademark Act.

The Court held that the two marks are phonetically, structurally and visually similar and it is a clear case of infringement on the part of the defendant. The Court stated that this act of the defendants is a direct encroachment on the statutory and common law rights of the plaintiff.  It, therefore, granted a temporary and interim injunction against the defendants. The order was is in favour of Ajanta Pharma.

This was a case brought before the Bombay High Court by the company manufacturing the famous product called “Fevikwik”. It is the contention of the plaintiff that the defendant has manufactured a similar product as theirs and has named it “Kwikheal”. They have also submitted that they have been in the market since the year 1959. They are worldly renowned for products such as adhesives, sealants, construction and paint chemicals etc. Their products are sold under various well-known trademarks such as “Fevikwik”, “fevikol”, “fevistick”, “fevibond” etc. With respect to the present application, they have brought to the Court’s attention that their mark “fevikwik” was registered as a trademark in 1987 underclass 1 products of the Act. They also obtained registration for the distinctive packing of the product “fevikwik” in the year 2008(class 16).

Another very important fact to be considered was that the defendant used the tagline “one drop instant adhesive” for their product and this was also the same as the tagline used by the plaintiff. The plaintiff had also registered this tagline under class 1 and 16 of the act.

The Court ruled in favour of the plaintiff and it held that it is prima facie clear that the defendant had a dishonest intention. The Court held that it was a clear case of trademark infringement and passing off.

The case was between the two marks of Nandhini and Nandini. The latter mark had been used for milk and milk products and the former for a restaurant and the edibles being sold by them except milk and milk products. The logos of the two marks were also visibly very dissimilar and hence the registrar had allowed the registration of the mark Nandhini. The Court upheld the decision on the ground that the condition under section 11, about causing confusion in the public was not fulfilled. This case was one of the first on similar-sounding marks under the Trademark Act, 1999.

The plaintiff filed an opposition before the European Union Intellectual Property Office (EUIPO) against the respondent’s application for registration of mark “Coffee Rocks”.  This opposition was on the basis of registered trademarks of Starbucks in the UK and EU. The opposition division of EUIPO dismissed the opposition on the ground that the two marks and the logos are very dissimilar and cannot cause any confusion before the public. The Board of Appeal of EUIPO upheld the decision holding that there was a low degree of similarity between the two marks.

The Coffee giant, Starbucks has filed for trademark infringement against many other coffee companies and also certain independent businesses.

This case was brought before a District Court in Seol by the French leather goods retailer “Louis Vuitton” against a South Korean restaurant that named the restaurant as “Louis Vuitton Dak”. The restaurant allegedly also used the famous LV logo and symbol on its packaging. The restaurant in its defense claimed that it was a play on the term “tong dak” which means whole chicken in Korean.

The Court decided the case in favour of the French company holding that this was a clear case of infringement. The Court ordered the restaurant to change its name immediately and to pay a certain amount as fine for every day of non-compliance. The restaurant changed its name but it was still very similar to the previous mark. The new name was “chaLouisvui tondak” which was still hinted at Louis Vuitton. At this action of non- compliance the Court ordered them to pay a fine of 14.5 billion dollars.

This case brought before the Shanghai District Court by the Danish Toy company LEGO. The company is the owner of several trademarks and copyrights on the mark “LEGO” and on the toys that they design. They submitted before the Court that a local Chinese company, Shanghai Tonghui Culture Communication Co. has started two “lego activity centers” and used the registered LEGO trademarks and logos to publicize them. They also decorated the centers using LEGO trademarks and logos. They did not stop at this. The defendants went ahead and created a website named as legosh.com. The plaintiff is also the owner of the domain names lego.com and lego.com.cn. The defendants used the plaintiff’s logo and pictures of their products even on their website pages.

The defendants raised a defense stating that their actions were all authorised as they were hired to sell LEGO products and conduct after-sales activities.

However, the Court disagreed with this argument and held that all of the defendant’s activities would constitute a trademark infringement of the plaintiff’s registered marks. The Court said that the defendant had exceeded its scope of services by creating the Lego activity centers and the website where they used the logos, marks and products of the plaintiff to publicize their own business. The Court ordered the defendant to immediately stop the use of the website and the change the name of the activity centers. They were also ordered to compensate the plaintiffs for an amount of 500,000 Yuan. The Court held that the defendant’s actions made it clear that it wanted to establish a relationship with the plaintiff in public and use that it to obtain a competitive advantage.

The decision was in favour of the LEGO Company and neither of the party appealed after this decision.

Sometime after this decision, the Beijing High Court in 2017 ruled that recognised the LEGO logo and its name in Chinese as a “well known” mark in China.[9]

This case was brought by the LEGO Company before the Guangzhou Yuexiu District Court in the year 2018. The plaintiffs alleged that the defendants copied their marks and the products. Even though this case mainly pertained to copyright infringement by the defendants it is a part of the LEGO Company’s fight against such copycat cases.

After this decision in China, the LEGO Company filed an opposition to the application of Lepin to get their mark registered in the UK. The application was filed before the United Kingdom Intellectual Property Office (UKIPO).

The LEGO Company submitted evidence before the Board showing the similarities between the two company’s logos, marks and products. Lepin had applied for registration in 2017.

The UKIPO ruled in favour of LEGO Company stating that it is clear prima facie that Lepin tried to copy the marks and products of the Danish Toy company. The UKIPO cancelled Lepin’s registration.

The EUIPO gave a chance of hearing to the defendants however they could not provide any sufficient evidence to prove the usage the mark in EU since the past 5 years.

However, the case was prima facie in favour of the Irish food chain, and therefore EUIPO cancelled Mc Donald’s trademark on the mark “Big Mac”.

This implies that any company, also including Mc Donald’s can use the mark “Big Mac” in the EU.

The aim of this article was to shed some light on what Trademark Wars are and how they are increasingly becoming more and more common. This paper has also discussed around 10 Trademark Wars of the past decade. All the different cases have been discussed in brief with the aim to provide brief knowledge about the same to the reader. The author hopes to have fulfilled the objectives of the article. With the aforementioned information, it is clear that no company leaves any stone unturned in order to ensure the protection of its marks.