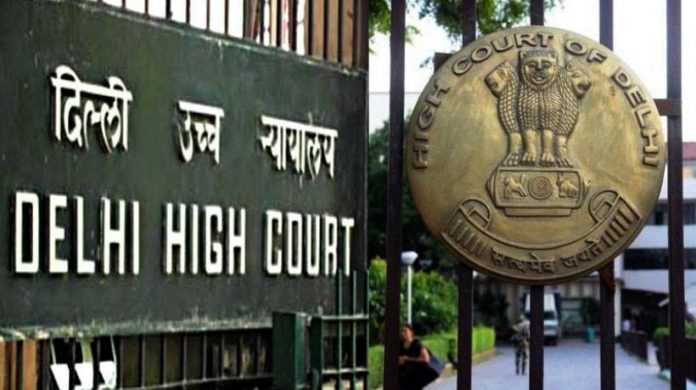 This article has been written by Dilraj Chouhan.

Judiciary plays a vital and amenable role in the development of a country and this is an organ of a government which needs to be very much efficient. The whole Judicial system of a country directs in which direction the country will be treading forward on administrative and political party. Perhaps, this may be regarded as an apparatus which determines the phenomenon of good governance. Efficacy of this chain needs to be more important than necessary as a proper hierarchical system certifies the preening of the judiciary and indirectly other organizations of Government.

Since the British were bestowed with the term “Sun never sets in Britain” as a reference to their colonial hegemony thus, one can infer that this potential was ultimately linked to the intellectual administration system that includes the Judicial set up as well. This was the prime reason why they gain a foot over the majority of countries over such a huge period of time. The Indian High Courts Act, 1911 was such a part of that highbrow mind.

This article aims to cover up all the circumstances which lead to the arisen of The Indian High Courts Act, 1911 and provides a comparative analysis of this act with the acts line up on the same path. This research provides the conceptual clarity and retrenchment from a complex judicial system that was pertaining to during British colonial rule over India. The exploration in this article also includes the motto of establishing the High Courts in India with a detailed analysis of the subject matter.

This article is divided into various chapters that will cover the matter of research and this helps the reader to obtain clarity on the topic with ease. The first chapter cover Aim and the reason behind the introduction of this Act, further in subsequent chapters, the provisions, amendments, and success or failure of this Act have been deciphered. This article also depicts the evolution of modern high Courts from that act of 1911 and other acts lined up on the same path.

Reasons for the passing of the Indian High Courts Act, 1911

AIM:- The main aim was increase the efficacy in Judicial System by increasing number of judges, granting authority to establish additional high courts and dispensing salaries of judges from Indian revenue.

From the above-examined reason, it is obviously evident that there was a critical need of a framework which could oblige the requirements and conquer the legal blemishes relating to them.

Overview and provisions of the Indian High Courts Act, 1911

The Indian High Courts Act of 1911 was an Act of the British Parliament sanctioned on the eighteenth of August 1911 to revise the High Courts Act of 1861. Remarkable changes to the above-mentioned enactment remembers are an expansion for the number of judges of high court and the capacity of the government to set up extra high courts across British India.

Earlier while introducing the Bill, Sir Charles Wood said: “ We shall have one Supreme Court, one sole court of appeal instead of two; and inasmuch as the administration of justice in the minor courts depends on the mode in which the appeals sent up from them are treated, the Superior court thus constituted, will, I hope, improve the administration of justice generally throughout India.” These were remarks made for Indian High Courts act. There were various arrangements of this demonstration which modify the Indian high court’s demonstration of 1861 and helped in building up an all-around settled legal framework.

Provisions of this Act:

The most extreme number of judges of a High Court of Judicature in India, including the Chief Justice, will be twenty, and section two of the Indian High Courts Act, 1861, will have an impact appropriately. Earlier there was a council of 16 judges in High Courts.

This act gave power to the majesty to establish new high courts within the territory of India or an area subjected to their control. Earlier only four Courts were there in the presidencies of Bombay, Calcutta, Madras and Allahabad, and these were established through the Act of 1861.

Incidental, significant or supplemental modifications to nearby or existing Jurisdiction were to be made by methods for request or patent so as to ensure the administration of the recently settled High Courts.

Subject to the provisions of section two of the Indian High Courts Act, 1861, as amended by this Act, regulating the number and qualifications of judges, it shall be lawful for the Governor-general in Council to appoint from time to time persons to act as additional judges of any High Court for such period not exceeding two years as may be required, and the judges so ‘appointed shall, whilst so; acting, have all the powers of a judge of the High Court appointed by His Majesty under section two of the said Act: Provided that such additional judges shall not be taken into account in determining the proportions specified in the provision to that section.

The salaries of judges or impermanent authorities delegated under this Act will be paid out of the Revenues of India. Since right from the beginning, judges’ salaries and emoluments were a subject of British revenue.

Failure and merits of the Indian High Courts Act, 1911

Since the northwestern part of then, India was nearly overlooked by the British authorities, the establishment of the Agra High Court was a milestone for British as well as Indian natives. These high courts were later on shifted to Allahabad in 1869. Majesty’s empowerment to set up new high courts was quite appreciable since due to this reason only, we are now bestowed with 25 High Courts in the present Scenario.

The power to establish additional judges for these high Courts is worth mentioning here because this system aided in faster, better and more efficient judgements.

It is evident from the above exposition that why the presentation of a series of Indian High Court Acts was considered a ‘modern era of the judiciary’. Judicial reforms brought under these acts are clearly reflected in the modern judicial system of present India. Concerning the vast territory of India, proper hierarchy of courts was needed which could establish an efficient judicial system. Just like an apex supreme court, there was an urgent need of courts at various territorial units which could serve just like the supreme court by supervising districts and lower courts.

Before the passing of such an act, there was only a single Apex Court so making an appeal to this apex court was quite a tedious job for provisional district courts of British Presidencies on grounds of distance, lack of communication and technology. So such a system of High Courts was an urgent need of an hour. Reforms that were being brought by Indian High Courts Act were praiseworthy as because of this Act only majesty was empowered to establish additional high courts and additional judges which could cater to the necessities of the so-called Modern era of judiciary.