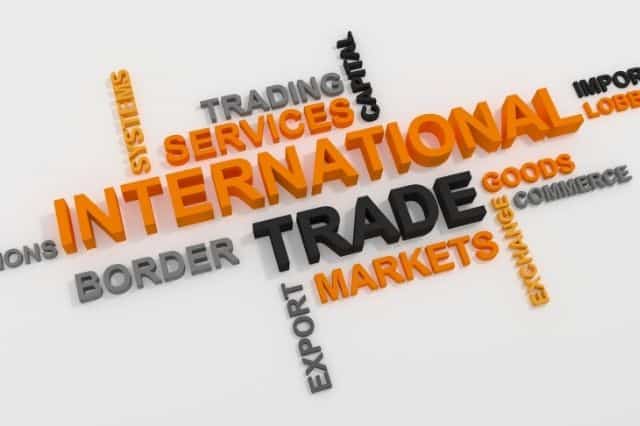 This article is written by Dnyaneshwari Patil, from RTMNU Babasaheb Ambedkar College of Law, Nagpur. In this article, she discusses various agreements for the textile and clothing industry and their evolution under GATT and the WTO. The principles followed by the WTO regarding international trade. Impact of varied agreement on the textile and clothing industry in India.

The oldest and the most varied industry in India is its textile sector, dating back to several centuries. It is one of the largest generators of employment in India. Trading at the international platform is one of the aspects of globalisation, providing an opportunity to the countries to get open to new markets and products without any hindrance. Every country is dependent on each other for trade. Earlier developed countries would dominate the world economy. Hence the General Agreement on Tariffs and Trade (GATT) was established. However, the domestic countries undertook some provisions like licensing system and higher tariff levels to protect the economy from dominance of the external competition. Therefore after 1990, the World Trade Organization (WTO) was established to regulate the world’s trade, and thus India followed the path of liberalisation of trade.

The objective of the WTO was to ensure a new open-world trading system for the benefit of the consumers and principles of non-discrimination, transparency, open and predictable trade.

Agreements for textiles and clothing under GATT and WTO

After the second world war, measures were undertaken to liberalise trade. Therefore, the International Monetary Fund, the World Bank, and the International Trade Organization (ITO) proposals were made. However, the establishment of ITO could not take place. Therefore the GATT as a provisional agreement was entered into force which regulated international trade and reduced tariffs. The primary purpose of GATT was nondiscrimination and liberalisation of the trade, however,  it failed to follow, especially in the case of textile and clothing.

The textile and clothing industry was advantageous to developing countries due to the availability of cheap raw materials and labour. It also contributed to the Gross Domestic Product (GDP) of the nation. However, the developed countries, to protect the domestic market, restricted trading with developing countries and thus entered into three agreements. Short Term

Arrangement (STA) was first proposed to control the imports from developing countries, and later it was replaced by Long Term Arrangement (LTA). Under the LTA, the developed countries would impose quantitative restrictions unilaterally on imports from developing countries only when they faced disruption in the markets. Thus, this caused potential disruption in markets and violated the principle of GATT. The LTA only controlled the imports for cotton textile, but during its tenure, the less developed countries started making artificial fiber like polyester, silk, jute, wool. Etc. Thus, a broader agreement was formulated known as the Multifibre Agreement (MFA) to include these fibers.

Trading at the global level became more complex due to economic recession, and thus, it was felt that a new structured body was needed to handle the increasing complexities of international trading. The GATT failed to solve the complexities and therefore during the Uruguay Round led to the creation of the WTO, with GATT remaining as an integral part of the WTO agreements.

The MFA was then replaced by the Agreement on Textile and Clothing (ATC). It phased out the import quota on the textile and clothing industry and thus, helped the developing countries in the export.

The basic principle followed by WTO

WTO was established to regulate world trade. It is not established by any individual country and controlled by the members of it. It has found a mechanism to resolve trade disputes between nations, a forum for trade negotiation.

Trade without discrimination is the basic principle enshrined in GATT.

Article-XI of the GATT, 1994 put quantitative restrictions on importation and exportation under certain conditions. However, these restrictions are other than duties, taxes, and additional charges by the member nation concerning trade. It makes an exception to the fundamental provision. Still, it accepts the implementation of the quantitative provision under certain conditions like critical shortage of foodstuffs, the balance of payment problem, or reason for security and public health safety. Thus, it is not declared unfair trade practices if the quantitative restriction is applied according to the GATT provisions.

In EC – Tariff Preferences case, the European Generalised System of Preferences (GSP) scheme included five arrangements for granting additional preferences to eleven countries through arrangements. In this, the EC also added Pakistan, and consequently, India’s textile export declined, and therefore, India, as a last resort, filed a complaint. India also took the interest of other developing countries against whom the beneficiaries went. India argued that EC violated the Most Favoured Nation provision and the exception (Enabling Clause). India claimed a violation of footnote 3 of the Enabling Clause. Due to additional preference granted to Pakistan, the market access benefit shifted toward it and reduced the textile export of India. Thus India contended that equal preferential treatment should have been granted to all beneficiaries. Therefore the panel held that no differentiation was allowed and possibly including non-discrimination conditions in GSP. In the case of enabling clauses, it held that it was possible to enforce, and there will now be a constraint on conditionalities.

The Agreement on Textiles and Clothing (ATC)

The system allowed restriction on imports from certain countries; thus, it violated the fundamental principle of MFN. The violation of MFN and qualitative restriction by industrialised countries led to the introduction of ATC by bringing the textile sector into GATT in 2005. Thus it integrated the textile and cotton industry products and brought them under the rules of world trade. Phasing out of quota and the integration took place in four different stages for ten years; thus, in 2005, the phasing out of MFA took place, hence the ATC’s termination. In the end, the textile and cotton industry was consolidated into a multilateral trading system after 2005.

Therefore the ATC set out provisions during the transition period for integration of the textile and cotton industry under the ambit of GATT for the WTO members nation. (Article I)

The buyers were offered a more efficient and effective source of suppliers and countries due to the removal of quotas, and thus it opened the gates of global competition leading to lower cost and new legislation.

The Textile Monitoring Body is a quasi-judicial body consisting of a chairperson and ten textile monitoring body members. It was established to supervise the implementation of ATC and ensure that the measures taken under the ATC conform with the rules. The members, appointed by the WTO member government, decide consensually and discharge the function in ad personam or act according to personal capacity. If disputes taken to the TMB were unresolved, they were brought to the WTO to regulate in the disputes settlement forum. When ATC in 2005 ceased to exist similarly, the TMB also ceased to exist.

Disputes raised under the ATC

ATC is the sector-specific agreement in WTO that has a limited scope during the ten-year transitional period from 1995. The disputes arising from a violation of ATC’s provision are first referred to TMB and if not resolved, they go to the panel process. Some were resolved in TMB only in those years, but some went through panels and appellant bodies.

US – Wool Shirts and Blouses

In US-Wool Shirts and Blouses, after exhausting the remedies of TMB,  India reached the panel requesting that the restraint imposed by the United Nations was against the substantive and procedural requirement of Article 2, 6, and 8 of the ATC. The United States was using the safeguard clause against the developing countries as a pressure mechanism. Thus, it impaired the benefit accrued to India. India requested the panel for supplementary finding that the onus of showing severe damage or actual threat was the responsibility of the United States, and it has to state in the beginning that whether they are claiming “serious damage” or  “actual threat thereof”.

The panel found that the restraint imposed by the United States violated Article 2 and 6. Furthermore, it held that the Indian employees under the textile industry depend heavily on export earnings. Regarding the impugned question of supplementary finding, the panel opined that it did not need to be considered. India appealed the panel’s decision regarding the burden of proof and the exercise of the judicial economy. However, the Appellant upheld the decision of the panel.

The Uruguay round led to the establishment of WTO and various important agreements and discussions on trade-related subjects. Some of the agreements relating to textile and clothing aim at free trade conduct at the international level.

products from competing products in the market. It also helps the producers build reputation and goodwill in the market, allowing them to gain a premium price.

Thus, many arts, articles, and handicrafts under the textile industry have registered as GI, such as Phulkari of Punjab, Chanderi fabric of M.P., etc.

The TRIMs acted as the removal of protective tariffs by the developing countries that restricted access to the foreign industry in the market for the investment in another country. Thus, after the MFA’s phasing, the foreign direct investment (FDI)  increased in India regarding the textile and clothing industry.

It inspects whether any regulation, standard and testing, or certification create any kind of unnecessary trade barrier. Similarly also protects the measure taken for the protection of rights of human, animal or plant life or health, the environment and consumers, etc.

The trade or export under TBT was impacted if the additional cost incurred to make the domestic product conform with the foreign standards or additional charges incurred due to failure of proving the conformity or for the certification procedures. However, in India, the small and medium enterprises dealing in textile and clothing find it challenging to comply with such high costs.

During the year 2005-2006, India ranked 7th in the export of textiles while 5th in that of clothing. India’s export majorly goes to the United States and European Union and thus their economic status, market demand and various countries’ exports impact the Indian textile and clothing industry.  After the abolition of the Multifibre Agreement (MFA), exports rose exponentially and benefited many developing countries, including India. However, India could not accrue the maximum benefit because it lacked behind countries like China, South Korea, etc., due to inadequate advance preparation in terms of investment and input.

The establishment of WTO and various agreements under its ambit has proved to be a boon to developing countries like India. Developing countries which were facing the dominance of developed countries now are free to trade in the international field. Thus the development of agreements relating to textile and clothing has resulted in a comparative advantage to developing nations. The introductions of fundamental principles have led to an increase in market access for goods and services and opened opportunities for investment and healthy competition. The post ATC quota-free environment has provided an emerging platform for the economies by opening the gates of global competition. The disputes settlement forum guarantees the implementation of the basic principles of WTO and provides justice to its members. India has abundant raw materials, high human resources, potential investment opportunities, a continuously growing economy, etc., and hence it would benefit from the international rules and regulations.