A brief history of Trade

The process of transferring goods and services among individuals or entities, often for the exchange of money is known as trade. In ancient times, the barter system used to prevail where goods and services were exchanged without the use of money. Later on, the barter system was replaced through a common exchange of medium known as money, resulted in promoting trade. Trade routes were established connecting different parts of the world, and the transfer of different goods and services took place. In this process, commerce developed converting wealth into capital, developed banking systems where money was transferred across boundaries. Sooner, markets became part of town life and were regulated by authorities.

Today, International trade has evolved where goods, services, and capital are exchanged across international borders and territories. Organizations such as the World Trade Organization are formed towards the facilitation and growth of trade internationally. The key characteristics of International Trade are exports and Imports as they expose consumers and countries to various markets and new products leading to globalization.

The domestic production of a country reflects on its exports and imports. As India was endowed with labor and land, it remained better off in the production of labor-intensive commodities as capital was a scarce factor. Indian foreign trade gained significance during the first half of the 20th century as crops such as oilseeds, cotton, jute, and tea were largely exported with the rise in their production. Prior to independence, India’s exports significantly comprised of raw materials and plantation crops, while imports comprised mainly of consumer goods and other manufactures.

After Independence, exports composed mainly of agricultural products and raw manufactures like iron ore. The Second Five Year plan laid a lot of its emphasis on the development of industries, mining, and transportation sectors. Export duties on a lot of products were reduced and special licenses for the importing of raw materials were granted to a number of commodities based on export performances. The conquest for new markets continued and several agreements are designed to increase trade with several East European countries. As Imports outweighed exports, capital goods are listed into restricted category and the OGL (Open General License) categories. Import licenses were made mandatory for restricted capital goods. Imports were permitted only if it is termed mandatory by the concerned departments. Many export incentives were provided and imports were tied to exports. The export growth was in the vicinity of around 1.8 per cent compounded annually. The export growth was in the vicinity of around 1.8 percent compounded annually in the 1950s, 1960s. In the 1970s, India’s exports grew by 18.92 percent per annum; however, it declined sharply in the 1980s where the exports grew by 7.85 percent per annum. The imports also grew at an annual rate of 15.89 percent in the 1970s and declined marginally to 11.54 percent in the 1980s.

In the early 1990s, the Indian economy had witnessed dramatic policy changes to make it one of the fastest-growing economies in the world. A new economic model, popularly known as LPG (Liberalization, Privatization, and Globalization) was introduced. A lot of structural reforms were made to remove rigidity and enhance International competitiveness for the long term benefits of the Indian economy. Under this policy, India has opened its trade restrictions for the private sector and approached International Banks for the developed of the country. License Raj and a large number of trade barriers were intended to be done away with liberalization. Opening up the core and financial sectors of the economy to private & foreign companies, MNC’s and foreign investors transformed India into a land of opportunities.

With the initiation of structural reforms in 1991, there has been an opening up of the service sector to private participation. Services such as construction, tourism, health, and computer-related services have been placed on the automatic approval route for Foreign Direct Investment. Telecom services have experienced liberalization during that period as fully-owned foreign firms are allowed in several segments of the telecom sector, government monopoly in long-distance telephone and internet has been eliminated. In several services, the government increased the foreign holding limits to 74 per cent from the earlier ceiling of 49 per cent. On similar lines, financial services there have witnessed some liberalization. The Insurance Regulatory Bill was ratified in 2000, permitting foreign equity participation up to 26 per cent through joint ventures and partnership. With the limit having been raised to 49 per cent, various segments of the financial sector, including mutual funds and capital market, have opened up to foreign participation. Since 2000, hospital segment has been opened to 100 % FDI participation on the automatic trade route. More than 30 foreign firms are present in the healthcare sector through various kinds of subsidiaries, technology, training, and joint ventures. Similarly, in the construction sector, the government has permitted 100 per cent FDI through automatic route in civil works. The annual percentage change in increase of exports was at around 23% from 1980-90s to 1990-2000s. Exports have increased to 7-10% of the GDP in 1990-200s as compared to 3-6% in 1980-90s. Trade balance has also increased after the liberalization period.

Before independence and during the initial years of planning, India’s major exports were tea, jute, cotton, textiles. Capital goods & other engineering items, chemical, leather, ready-made garments, handicrafts, etc., entered the export list. Similarly, there has been a shift in India’s import trade from primary products to capital goods and other intermediate manufacturers. Previously, India’s major imports consisted of food grains, cotton, and jute etc., but after that, the trend has changed; now the import of primary fertilizers, iron & steel, nonferrous metals & other industrial inputs has increased. The Indian service sector has grown remarkably & contributed a major share to the GDP of a nation. The share of India in world exports of services increased from 0.6 per cent in 1990 to 1.2 per cent in 2001 and went further up to 2.8 per cent in 2008, while during the same period, its share in global exports rose from 0.5 per cent in 1990 to 0.7 percent in 2001 and to 1.1 per cent in 2008. Services accounted for 20 percent of India’s exports in 1990 and in 2008 it has accelerated to 59.2 percent. Indian trade deficit over the years

The factors that are responsible for India’s trade deficit are

With rebounding oil prices and India’s unrelenting demand for it increases oil imports and thus widen its current account deficit. This widening deficit results in a weakening rupee, as more imports mean India should buy more foreign currencies to meet its needs. This leads to India’s trade deficit. Foreign reserves are also required to make sure a country meets its external obligations. These obligations include sovereign and commercial debts, and financing imports. India’s foreign reserves stands at $ 412.9 billion for 2018-19. Natural Disasters such as Floods, earthquakes temporarily suspend local exporters’ ability to produce and export goods which cuts off their supply of foreign currency to pay for the imports. International traders can insure themselves to a certain degree against the consequences of natural disasters.

Social and economic changes such as skilled labor force, productivity create an impact on the overall exports and imports of a country.

Inflation, if rampant in a country, the cost to produce a unit of a product can be higher than the price with lower inflation. It affects exports, trade balance. Demand for particular products or services are an essential component of international trade. Policies that restrict imports or exports with subsidies change the relative costs of those goods making it more/less attractive to imports/exports. For example, agricultural subsidies reduce the cost of agricultural activities encouraging production for exports.

Political scenarios, too can affect the exports and imports. Nations having restrictive trade policies like high import tariffs, duties may have larger trade deficits when compared to countries with open trade policies, as they may be shut out of export.

Goods in transit can be lost or damaged by theft, accidents, or natural disasters. Both export and import goods should have insurance which covers the goods from the manufacturer’s factory gate to the time they reach retailers/buyers. Generally, exporters pass along insurance costs to their buyers. Importers in the countries with regulated insurance industries will be at an advantage as they can negotiate with companies for cheaper insurance rates and can pursue transparent claims processes after any losses.

The World Bank’s Doing Business reports have become a vital tool and a yardstick for determining business environment reforms by providing quantitative indicators on regulations affecting various areas of a business life. World Bank’s Doing Business indicators were used as the representation of business regulations. India currently stands at 63rd position globally in the latest doing business rankings released by World Bank. Ease of doing business attracts foreign investments, contributes to Make in India program which in turn increases exports. India has a long way to improve its Ease of doing business rankings as it is one of the critical factors to improve upon our exports. 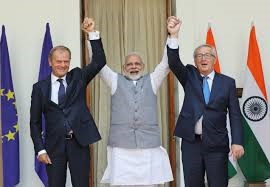 Government of India should open representative offices of India’s Trade Promotion Organization (TPO) in foreign countries because of the following reasons: 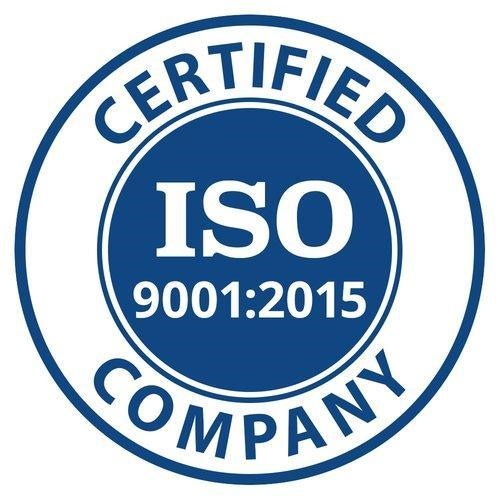 There are many successful SEZs established by the Govt of India in Public and Private sectors in specific sectors like Textiles, Pharmaceutical, IT, and some being multi-sectorial. There is a need for developing Agriculture Export SEZs aimed at producing value-added agricultural commodities for certain countries, which largely depend on the import of agriculture products.

Even after Liberalization, the Indian economy has not yet fully opened to international trade and FDI as compared to emerging Asian economies and China. It is characterized by a shallow integration with the world economy. It may be attributed to several factors. The belated opening-up policy and the current Ease of doing business rankings (63rd) at least explains why India’s foreign trade lags. The barriers to trade have remained relatively high, besides, in the domestic economy, institutional obstacles (reservation policy) and structural factors (high energy costs and lack of infrastructure) have dampened the rise of competitive industries and attractiveness of FDI.