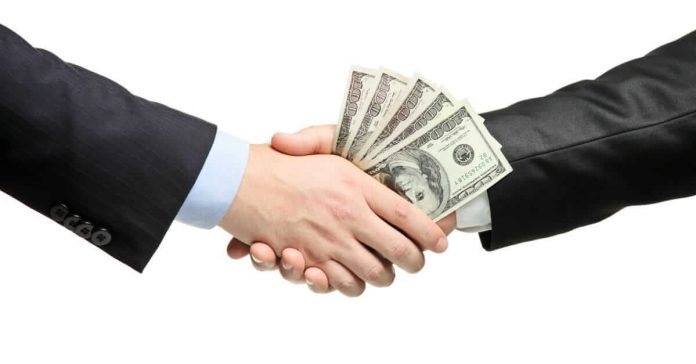 The adoption of the Saudi Basic Law on March 1, 1992 (hereafter referred to as the Constitution) did not result in a completely new constitutional system. It was only a definition of fragmented constitutional ideas that had been adopted and used in the country and were primarily based on Islamic, traditional, and international views. The Saudi Constitution was written to meet domestic requirements while also being compatible with Islamic rights and obligations and international realities. As a result, it evolved to embody traditional, Islamic, and international features. The desired growth of Saudi society is constrained by the constraints imposed by the regulating mechanisms enforced by the aforementioned principles.

Due to the constitutional vacuum in Saudi Arabia, the kingdom only joined the list of states with written constitutions in a recognizable and contemporary form on March 1, 1992. For the reasons indicated and detailed below, this date represented a historical event for all intents and purposes. In terms of substantive norms, the Saudi Constitution is heavily influenced by legal concepts derived from Islamic doctrine that apply to governmental practice at both the national and international levels. It incorporated the divisions recognized by the constitutions of various neighbouring Arab, Islamic, and other governments in its formal framework. The Quran and the Sunnah constitute the effective constitution of Saudi Arabia. The Basic law (Nizam), a series of laws issued by King Fahd in 1992, serves as an informal constitution. The government-appointed members act as the nominal arbiters of constitutional matters, but the king retains the absolute authority to determine the outcome of constitutional disputes.

Importance of economic principles of a country

The most basic approach for an economist to help with a constitutional law problem is to analyse the implications of a specific promise or the removal of such a guarantee. The economic function of a constitutional provision is highly dependent on the style of a given economy and, as a result, is not consistent across legal systems or economic systems. For example, the protection of private property in means of production has a varied meaning depending on whether one places this constitutional promise in the framework of an early capitalist economy or in the context of a sophisticated welfare state with promoting employment policies via the use of a tax-subsidy instrument mix.

It is crucial from an economic standpoint to identify precisely those elements of the constitutional guarantee that are economically significant; in distinguishing them from those that are not. The issue of private property can be used as an illustration once more. From an economic standpoint, private property is just too broad a concept to allow for adequate accuracy in economic research. The key feature from an economic standpoint is that the determinations of the various parts of a property right may be made with clarity and sharpness to provide for efficient segmentation of property rights in terms of the unique demands of transactions of vastly varying natures. Consider the significance of dividing property rights in businesses based on capital investments of varying priority and standing, human capital investments, security provided to allow specific transactions to be completed, and so on. The level of detail required for economic analysis may significantly surpass what is generally desired in legal discourse.

The traditional realm of political theory is the normative analysis of constitutional guarantees. An economic evaluation of constitutional guarantees varies from political theory’s analytical method in that its normative results are conditional on normative assumptions; they are merely the logical consequences of specific assumptions chosen for their innocuousness. The above-mentioned approach of simulating a decision behind a fictitious veil of ignorance is a typical illustration of this logical procedure.

The protection of private property is especially essential when it comes to the means of production. Again, from an economic standpoint, the guarantee extends well beyond the protection of people’s products and services.

To be significant, the two fundamental rights of contract-related freedom and private property must be strengthened by the institution of responsibility. The faithful enforcement of contractual obligations necessitates the protection of a responsibility shield for failing to live up to contractual commitments, just as the respective private property rights necessitate the necessity to hold the invader accountable.

Provisions of the  Saudi Constitution

Chapter 1 of the Basic Law of Saudi Arabia (Constitution) incorporates broad concepts that establish the Kingdom of Saudi Arabia’s Islamic character. According to Article 1 of the chapter, the country is an Arab, Muslim independent state, its faith is Islam, and the Qur’an and Sunnah (tradition) of the Prophet Mohammed are the fundamental and major basis of the constitutional and legal norms.

Article 2 specifically lists the two Islamic holidays, Al-Feter Eid and Al-Edha Eid, as the two recognised holidays, emphasising the state’s and its people’s Islamic character. Moreover, the Hijri Calendar is designated as the official Saudi calendar. Similar clauses regarding the society’s Islamic affiliation have been included in the constitutions of various Muslim governments. However, the Saudi legislation in this regard goes a step beyond comparable provisions. It expresses explicitly the Islamic jurists’ notion that Islam and state are linked. As a result, it eliminated any concerns about the Islamization of Saudi Arabia’s constitutional, political, and social institutions. They are most visible, for example, in relation to the origin of Judiciary Laws, Executive, and the structure of the families and society as a whole. As a result, one could be willing to argue: Articles 1, 48, and 67, which indicate that Islamic Law is the basis of both legal norms and political authorities, make such an argument weak.

Saudi Arabia’s governance system is a monarchy, according to Article 5, which codifies the established practice. The throne is hereditary, passing down via the sons of Saudi Arabia’s founder, King Abdul-Aziz Bin Saud, and the sons of his sons. This regulation is specified in Article 5 paragraph (b). The same sub-article suggests that the people recognize the kingship of the most righteous member of the royal family based on the Qur’an and the Prophet Mohammed’s tradition.

In essence, King Article 8 stipulates that the basis of governance in the Kingdom will be justice, consultation, and equality. These, as well as other societal foundations, are elaborated on in Chapters 3 and 4 of the Constitution: The third chapter mainly focuses on the core social elements of Saudi society. It recognizes the significance of a family based on religion, morality, and patriotism. The strongest bonds among people are those founded on Islamic values of cooperation, integration, and mutual assistance. Another social element is the strengthening of national unity. Education is seen as a further social basis of Saudi society: Chapter 5 of the Constitution deals with the rights and duties of Saudi society. The state is obligated to do the following. ensuring stability and security for citizens and expatriates; caring for its people in cases of incapacity, sickness, and adversity, particularly through an adequate social security system and the encouragement of humanitarian endeavours; providing public health and education and combating illiteracy; protecting Islam; promoting science, art and culture; encouragement of scientific research; preservation of Islamic and Arab heritage; and the establishment and equipping of the Armed Forces Citizens, on the other hand, have a responsibility to protect Islam, society, and the nation as a whole. Expatriates are required to follow Saudi laws as well as Saudi beliefs and norms.

Economic principles under the Saudi Constitution

Under Chapter 4 of the Saudi Arabia Constitution, it deals with economic principles from Article 14 to 22. They are:

The Constitution of Saudi Arabia emphasizes Saudi Arabia’s Islamic character as a state and society. This is because it ensures the supremacy of principles drawn from the Qur’an and Sunnah above all legal regulations, including this Constitution and international law norms.   In essence, the Kingdom has provided the Islamic world with a constitutional model that allows nations to carry out their international obligations, modern requirements, and Islamic connection. The structure may be replicated by any Islamic state as long as characteristics unique to Saudi society are replaced by aspects unique to the concerned society. It aims for planned growth in the economic, social, and political spheres while safeguarding national traditions in all sectors and also embracing the most sophisticated and productive ways of advancement and development. They emphasize on the judicial system, consultation, and equality as the foundation of government in the Kingdom.