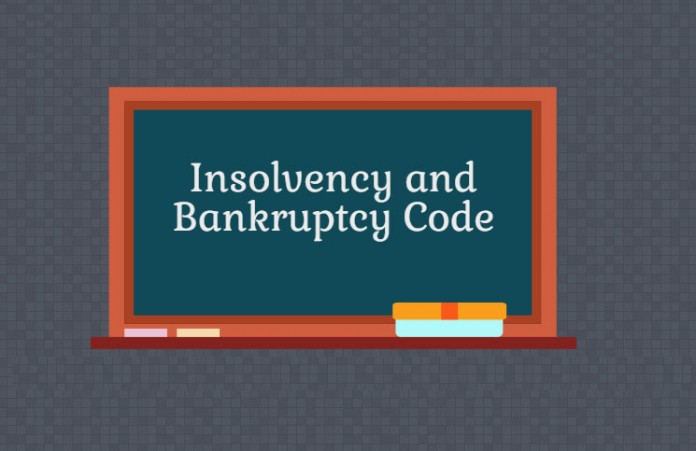 This article was submitted by Prashant Motsara from NUALS, Kochi. His areas of interest are SARFAESI, RDDB, IBC and Corporate Laws. He writes about how the new bankruptcy code deals with insolvency of corporates and their liquidation.

Indian Banking Industry is in the throes of a crisis. NPA (non performing assets) have been piling up. The total amount of stressed assets in in trillions of INR. Freeing up this money is crucial for the banking sector. In order for a market to function and economy to thrive, there needs to be a proper flow of money. If the input  and output of cash is not balanced in a system, it will have greater chances of collapsing. Based upon this simple principle, debts owed by Companies need to be recovered so as to save the financial institutions and also to maintain the equilibrium in the market. Till 29th November 2016 the procedure for recovery of debts was governed by many statues in India like Sick Industrial Companies Act, Recovery of Debt Due to Banks and Financial Institutions, Securitization and Reconstruction of Financial Assets and Enforcement of Security Interest Act (SARFAESI).

And because of having so many statues, it was rather cumbersome to understand and proceed for the recovery of money in case of default from a debtor. This lead to the need of having a comprehensive statue that would deal with such issue in a time bound manner. Consequently, Central Government on 30th November 2016 enacted the Insolvency and Bankruptcy Code, 2016.

This Code has radically changed and simplified the entire procedure for the liquidation of corporate persons. This code also provides for the insolvency and bankruptcy of individuals and the partnerships firms.  A new option o fresh start is also provided for those small partnership firms and businessmen who would want to pay their debts and start afresh.

The Insolvency and Bankruptcy Code, 2016 has shifted the entire load from the shoulder of creditors to a new entity called Resolution Professional. It is his duty, under the statue, to conduct the entire process of insolvency and liquidation of corporate person. Since the entire procedure has changed and the code has made significant changes in Companies Act, 2013 it is required that we look into the code and understand the technicalities.

Initiating Proceedings for insolvency resolution and liquidation under Bankruptcy Code

The Code empowers both financial and operational creditors with the right to initiate the proceedings by filing application before the adjudicating authority. In case of Corporate Persons, the adjudicating authority is National Company Law Tribunal. A financial Creditor is one to who financial debt is owed or to who such debt is legally assigned. An operational creditor is one to who operational debt is owed. Operational Debt includes any debt in respect of provisions of goods and services.

This means that Operational Creditors generally arise form import-export dealings. Any person, other than financial creditor or operational creditor can initiate the proceedings provided he submits the required documents like book of accounts etc. Such person is called Corporate Applicant.

The resolution will start only after the admission of this application. The entire process of resolution and liquidation needs to be finished with a period of 180 days. However, the Adjudicating Authority, if it thinks fit, can extend this period with a maximum period of 90 days. Hence the maximum time that can be taken in 180+90 days.

Admission of Application for Resolution and Liquidation

Once the application is accepted, a notice will be issued in public regarding such application. Along with this notice, an interim resolution professional will be appointed whose primary task will be to collect all the relevant information and constitute a committee of creditors.

From the date of admission of application or also called the date of commencement, a moratorium period will begin during which the assets of the debtor cannot be interfered with in any way. Even the execution of any judgments, decrees or orders will not take place against such assets during moratorium period.

Resolution Professional: What is his role?

He will have to conduct, manage and supervise the entire resolution process till the debtor is discharged. The Resolution Professional shall make information memorandum which will contain all the relevant information required to make resolution plan.

Liquidation of a company or other incorporated body: the process

These kinds of transactions are avoided mainly because such transactions were entered into in order to deceive the creditor and deny them their share.

After the Official Liquidator is thorough with the claims of the creditors, he distributes the assets according to the list of priority of creditors. The Insolvency and Bankruptcy Code, 2016 has entire changed the priority list of creditors.

After the distribution of assets to the satisfaction of the amount of debts, dissolution of Corporate Person takes place. This order can be appealed to National Company Law Appellant Tribunal. The final adjudicating authority is Supreme Court.

An appeal can be made against the order of the adjudicating authority to National Company Law Appellate Tribunal (NCLAT). The application needs to be filed within 30 days of the order. However, the tribunal may allow to file after the expiry of this term provided it believes that there was sufficient cause for the delay. Appeal can be made on the following grounds –

The highest adjudicating authority up to which appeals will lie is Supreme Court. The code also talks about fast track resolution which will get completed within a period of 90 days. However, the same has not been notified and central government is yet to form rules for the same.

The Insolvency and Bankruptcy Code, 2016 has no doubt strengthened the grip of creditors over the assets of corporate debtors. It would be difficult for the debtor to escape liquidation or defraud creditors by entering into Extortionate Transactions. However the Code shall face certain hiccups during implementation since it will be difficult to find so many resolution professionals and also NCLT will be bombarded with enormous number of cases since the earlier applications are also transferred to NCLT now. All in all, the Code has eased the recovery process for the creditors.