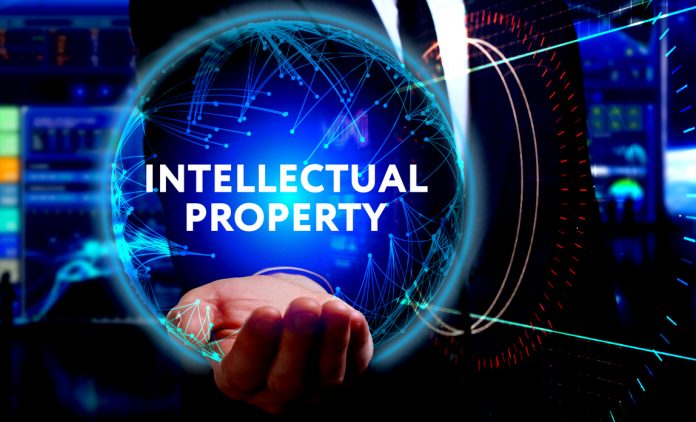 This article is written by Shubhodip Chakraborty. This article has been edited by Ruchika Mohapatra (Associate, Lawsikho).

Over the years, there has been a considerable shift in software technology and the functionalities it serves. Users, whether they are individuals or corporate entities, have massively benefited from the production of such software as it has catered to most of their daily needs and usage. However, it is commonly understood that most of these users barely review the click-wrap agreements before installation of the programs; thereby, exposing themselves to several risks and compliance obligations. By and large, the corporates need to be extra vigilant when signing up for any type of risk to be compliant with the necessary regulations. The software companies spend considerable time and effort, not only in building the necessary software but also investing in fine-tuning the User License Agreements or other Licensing requirements.

The software that we were addressing here is known as Proprietary or Closed Source Software. At a time when technology experts were keen on protecting the license or IP rights of their creation, some of the experts believed that in order to expand the scope, quality, and usability of any software, one ought to disclose the source code of the software, so that the program is “open” for the other experts to work and learn from the same. Thus, the concept of Open Source Software (“OSS”) came into being, where instead of a copyright-license coverage, it was granted a copyleft-license.

On the forefront, the concept seemed radical and progressive, considering this would indeed be beneficial to the enthusiastic software developers. However, the question remains, do the IP rights of software completely dissolve? In this article, we will discuss some of the IP issues relating to the Open Source Software, as well as the compliance issues for protecting the IP rights.

Broadly speaking, the differences between an OSS License and a Proprietary License can be laid down as follows:

Accessibility to the Source Code

OSS can be modified and customized according to the users’ needs and specifications. Considering the source code is not accessible to the public, the users cannot modify the proprietary software.

Users of OSS can also choose to redistribute the software, whether modified or verbatim, to other users. The software can be redistributed without charging any fee or at a minimal cost. Although such redistribution of OSS can only be conveyed upon complying with certain prescribed conditions provided in the license terms and conditions. Redistributing proprietary software, without having the license or authority to do so, may lead up to an offense under the law.

The differences also highlight certain advantages of an OSS over proprietary software. Such as, since the OSS is a community-developed program with users, developers having access to the back-end operations of the software, it allows a faster remedial mechanism of correcting bugs, security issues, and frequently updating of such software.

The differences are primarily on the imposition of further restrictions between the two, with Restrictive or Copyleft imposing further terms and conditions on certain obligations to be complied with while redistributing the derivative works. However, for both types the principles of OSS are maintained i.e., allowing licensees to use, modify, enhance, and share the software, and providing access to the source code.

Traditionally, and also under copyright law, the copyright is vested upon the author of the creation. Under copyright laws, there is no mandate to formally register the work. However, authors who formally register their works, and then provide appropriate notice of copyright on their works certainly get some advantages in enforcing in the court of law. In the case of a proprietary software license, as the software is purchased, the purchaser merely obtains a license to use the software, and in no way does it convey any form of right, title, or interest over the software. The license over such software is governed by the End User License Agreement (EULA). This license also restricts the user to distribute/redistribute or selling this software to any other third party. The ownership of the software remains with the entity or the user creating the software, thereby the copyright and any related IP remains with the owner. In the case of an OSS, such copyright ownership over the software is waived off, and the creator has little or no copyright over the software.

Although conceptually there is a waiver of the copyright over the software, the OSS organizations such as The Apache Software Foundation, GNU, Free Software Foundation (FSF), ensure that the author and their copyright is duly recognized and acknowledged whenever such OSS is being redistributed or shared with other users, with or without modifications. This is ensured by the license terms, wherein it is mandated that the original copyright notice should be accompanying any distribution of the software. Therefore, merely because theoretically the copyright is waived off by its creator, it does not guarantee that there would be no scope of intellectual property infringement. OSS, like any other software license, is still copyright protected and infringement of its terms and conditions may result in copyright infringement. There have been instances where the open-source foundations governing such licenses may initiate such action against such infringing parties on behalf of the developers. As per the Indian laws, the Copyright (Amendment) Act of 2012, any alteration to the Rights Management Information, without the authority or distribution with the knowledge that such Rights Management Information has been removed without the owner’s consent would be subjected to punishment with imprisonment up to 2 years with fine. As per the Act, Rights Management Information includes the name of the author, any terms and conditions regarding the use of the rights.

A corporate entity or as an individual willing to use, modify, or distribute any open source product, should take important steps to review and comply with any such license terms that are associated with the product. One of the crucial obligations under any OSS License term is to include certain copyright notices and to make available the source code, in some cases, it may also ask to incorporate notices with details about the modifications made to the code. The complexity of compliance levels up if the entities decide to incorporate the OSS Components in the proprietary software. In such a scenario, not only are the compliance of license terms manifold but also the eventual nature of such a license or product becomes decisive. This often leads to third-party infringement claims as well wherein, the present proprietor may have distributed the product as an open-source product. However, the third-party entity may assert that the software eventually infringes an intellectual property right. This leads to even further conflicts between the owner of the IP and the individuals distributing the software to the public as it is now open-source. Failure in compliance of the OSS not only results in legal action by the original licensors but also attracts negative publicity and other adverse effects to a corporation’s reputation. Therefore, complexities associated with the usage of OSS need to be handled with utmost vigilance.

Intellectual Property Law has been a subject of criticism by many authors considering it is a negative right and thus, although it encourages commercial exploitation for the developers, it also creates a restriction for many other developers. Thus, leading to a rather slower pace of innovation as the other market players are discouraged from performing the similar area of research.

Any users, or entities willing to incorporate OSS products in their system either to modify and develop tailor-made software for the industry’s usage or internal use, should ensure that the license terms for such OSS products are reviewed to understand how the IP rights are affected in their ability to protect or enforce copyright over the software. Such entities must also ensure and audit the compliance of the necessary notices, source code availability, and any other obligations are being maintained considering the last thing any entity would want is to be dragged into any legal proceedings for copyright infringement or even worse, pay damages for such copyright infringements along with the license of the software being revoked.

The incline of video games on IP