This article is written by Surbhit Shrivastava, pursuing a Diploma in Intellectual Property, Media, and Entertainment Laws from Lawsikho.com.

The first Olympic Games were played in ancient Greece, in the honor of Zeus, the ruler of Gods. The games were originally conducted as a celebration, rather than as a sporting event and it, therefore, had a religious element attached to it.

Sportspersons that participated in the ancient games represented their states and thus, a political element was also attached to it. The games rose in their popularity, till about 400 A.D., when a Christian ruler brought an end to all ‘pagan’ festivals, thus bringing an end to the Olympic Games as well.

Then, after a halt of about 1500 years, the Olympic Games were revived. The credit for the modern Olympic Games goes to Frenchman Pierre Coubertin, who in 1896 constituted the International Olympic Committee (IOC). From being a ceremonial celebration to become a uniting force of the world, the Olympics have come a long way.

Today, the Olympics is the largest sporting event in the world, in almost all terms – number of participating countries, number of events, viewership and the amount of money invested. For example, the Tokyo 2020 (2021 now) Olympics are stipulated to involve a total of US$ 15.4 billion. A significant driving factor of this progress was the industrialization of sports, i.e. sports being considered as a source of entertainment. With sports increasingly becoming a great way for marketing and advertisements, businesses started heavily investing in sports, and with the Olympics being the largest sporting event in the world, the magnitude of inflows can only be fathomed.

Since the primary purpose of investing in sports is advertising and marketing for most companies, the usual method is to pay for sponsorship. As we all know, the model of sponsorship is simple – give money and your brand will be displayed. A brand is recognized by its products, of course, but at the face of it, it’s the trademark that represents a brand. So, when companies invest in such events, they are creating an association for mutual benefit, in which their brand will be displayed and advertised, which should be accorded protection from unauthorized use.

In this article, the intellectual property in the Olympics is laid down and discussed with a special focus on their protection, ahead of the 2020 Tokyo Olympics, scheduled to be held in July, 2021.

Therefore, the Olympic Committee constituted by the host nation takes special measures to ensure the protection of trademarks of the sponsors. The principal sponsors of the Olympic Games are big corporations whose marks are already regarded as ‘well-known’ marks around the world, and thus they are protected in that capacity. They are also protected by local registration and of course, their international registration.

Take for example the main sponsors of the Tokyo 2020 Olympics – Airbnb, Alibaba, Coca-Cola, P&G, Bridgestone, Visa to name a few. The principal consideration for protection is the protection of their association with the Olympic Games.

Apart from the sponsors, the various trademarks associated with the Olympic Games themselves are accorded protection through international conventions and local laws developed by host countries. 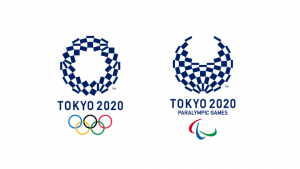 The original Tokyo 2020 logo had to be changed to the current ‘checkerboard style’ form after a designer threatened legal action against the Tokyo Organizing Committee, alleging them of ripping off a logo designed by him.

6. Apart from the symbols, trademarks vest in the official mascots of the event, the pictograms used to depict different sports, and medals.

The IOC is the owner of the global broadcast rights for the Olympic Games; including broadcasts on television, radio, mobile and internet platforms and is responsible for allocating Olympic broadcast rights to media companies throughout the world through the negotiation of rights agreements.

Now in the aftermath of the coronavirus pandemic, broadcasting has become an even more important consideration for the organizers, since most people will not be able to attend the upcoming Olympic Games in person. In this scenario, broadcasting will ensure:

For the purposes of licensing broadcasting rights, the IOC has a separate division named Olympic Broadcasting Services (OBS). OBS functions according to the Olympic Charter and ensures that the minimum standards of broadcasting are met. It is the permanent host broadcaster that licenses the rights to different broadcasters in different regions.

The biggest deal in regards to the broadcasting rights of the Olympics has to be the 2011 deal between NBC and the IOC. NBC has purchased the rights for the official broadcast of four editions of the Olympic Games, beginning from Sochi 2014 to Tokyo 2020. The entities further entered into a longer agreement, in which NBC purchased rights of the Games in the US up till 2032. The deal was reportedly closed for a total of US$ 7.65 billion.

Ambush Marketing is the practice of ‘hijacking’ another brand’s advertisement campaign to advertise one’s own brand. It is a type of ‘parasitic’ marketing in which one brand, usually a brand competing with the official sponsor of an event, tries to establish an association with the event without paying the sponsorship fee. This is usually done by creating similar advertisements to the ones made by the official sponsor.

A classic example of ambush marketing in the Olympics is from the 1992 French Winter Olympics, of which Visa was the official sponsor. Visa created several advertisements taking a dig at American Express. In response, MasterCard also ran a series of several advertisements, in which they referenced the upcoming Summer Games in Barcelona, thereby establishing a link between themselves and the Olympic Games.

In most jurisdictions, separate legislation for preventing ambush marketing is absent. In that scenario, most jurisdictions usually invoke trademark and copyright protection to restrain the competing brand from riding their coat-tails and gaining from their enormous investments.

The basis of marketing for the Olympic and Paralympic Games is the sale of intellectual property associated with the Olympic and Paralympic Games as rights, such as in the form of sponsorships and licensing, exclusively to corporations and organizations by category. Hence, marketing activities cannot be established without the protection of intellectual property.

The Organizing Committee for the Olympics has serious considerations for ambush marketing. In the Brand Protection Guidelines for Tokyo 2020 Olympics, the organizers have discussed the problems associated with ambush marketing in quite a lot of detail. Apart from this, they have also mentioned and referred to several ‘problematic scenarios’ which would count as ambush marketing.

Basically, the Olympic Organizing Committee is required to take special measures for the prevention of ambush marketing, as it is not specifically classified as an offence. Brands tend to be really creative and cheeky with their marketing, and therefore they may get away with not only causing loss to the genuine sponsors but also unethically gaining from such marketing.

Personality rights are accorded to individuals that are considered ‘famous’ i.e. popular among the general population. Famous Actors, musicians, sportspersons etc. are all considered to be personalities and therefore they exercise a certain control over the exploitation of their public image. Simply explained, no entity can use the image or reference of a popular celebrity in order to market their products or service, as it would trick the general public into believing that the famous personality is in some way related to the brand.

In Muhammad Ali Enterprises LLC v. Fox Broadcasting Co, the defendants, a broadcasting company, had released a ‘tribute’ to the legendary boxer, Muhammad Ali, in the video promotion of the 2017 Super Bowl. The defendants claimed that there was no infringement of any right since the purpose of the video featuring Ali was non-commercial in nature. However, the parties settled out of Court in a US$ 30 million deal, and Fox admitted that the video was commercial in nature as it featured the logos of Super Bowl and Fox.

In this regard, image rights play an important role as it is the images that capture a personality and bring it before the public. This is especially true for sporting events, where sportspersons are clicked endorsing a brand on their outfit or on their accessories. This is particularly important in the Olympics. Since the sponsors pay a huge amount for the conduct of the event and of course their promotion, they want that competing brands do not get their promotion by simply sponsoring an individual athlete, which would come at a significantly lower cost than sponsoring the whole event.

While the Olympic Games are being held, participants cannot use their image unless it is with official sponsors. For example, the IOC banned participants in London 2012 from advertising unofficial brands between July 18 and August 15, with the breach of this rule leading to heavy penalties, including, ultimately, disqualification from the Games. This is done in order to protect the interests of the official sponsors.

Recently, the Indian Olympics Association also asserted its rights over the digital, video and image rights of qualified athletes of the country bound for the Tokyo Olympics. Quoting IOA President Narinder Batra’s statement to the athletes, “This is to inform you that for the Olympics, all-digital, video and image rights of qualified athletes are with the IOA and IOC has the authority to utilise the same for all its sponsors etc,” This move received a stiff response from athletes since they had individual sponsors, and with this statement, they can no longer endorse the brands during the duration of the Tokyo 2021 Olympics.

Protection of intellectual property is one of the most important considerations for Olympic Organizing Committees. They are required by the Olympic Charter to not only take measures to protect the trademarks and rights registered with the International Olympic Committee but to also protect the intellectual property of the sponsors and various affiliates of the event.

The IOC owns rights over most of the iconic symbols associated with the Olympics, such as the logo, flag, symbol and the torch. They also own the broadcasting rights to the event, which is now even more important to protect in the aftermath of the pandemic.

By protecting the intellectual property of its sponsors and affiliates, the Olympic Committee not only secures its funding and revenues but also ensures that the artists and creators of the logos, symbols and other designs are properly accredited for their work and efforts. As regards the intellectual property owned by the IOC, it ensures the integrity of the Olympic Games and the spirit of global unification, collectiveness and cooperation that is associated with the games.