This article is written by Arush Mittal, a student of the Hidayatullah National Law University, Raipur.

When we think of sports, the first name that crosses our mind irrefutably is cricket. In India, people breathe cricket and it is like a religion which everyone preaches. The popularity of cricket in India can be easily seen through IPL, which is the Indian Premier League. IPL had been started in the year 2008 by the Board of Control for Cricket in India (BCCI) and has been a great hit since then. IPL is a professional Twenty20 cricket league in India which is generally contested during the summers, played by eight different teams, representing eight different cities in India. The Indian Premier League is the most attended cricket league in the world and had become the first sporting event in the world to be broadcasted live on YouTube in 2010. There have been twelve seasons of IPL in all and the latest tournament has been clinched by Mumbai Indians.

Intellectual Property Rights has opened numerous business opportunities in the tournament of IPL. Some can also call IPL as Intellectual Property League because of the various openings in business that this tournament provides. People have invested gigantic amounts of money for their teams in IPL including their attire, shoes, t-shirts, etc. IPL also has its own website where it gives the latest news related to the matches and players and also provides match reports, interviews of the players and announcements concerning the game. The website also imparts to its viewers an option of online polling before the match begins regarding who the viewer thinks the winner would be. The functioning of IPR comes into play at literally ever instance, be it, a brand name, team name, team logo, tag-lines, slogans used by various teams. The IPR plays an important role in increasing the popularity of IPL. Much heed is not given to the Intellectual Property Rights but a lot of money is invested and involved in organizing IPL and IPR always helps in making it a success.

There are eight teams from eights different cities:

Chennai Super Kings and Rajasthan Royals had been discarded from the Indian Premier League because of fixing, doping, betting and other gambling issues. Rising Pune Supergiants and Gujarat Lions and been replaced with the teams which were discarded.

Types of Intellectual Property in IPL

There is no business which can run successfully without the shelter of intellectual property law as intellect needs protection too. Few types of Intellectual Property which is used in IPL are:

Copyright is an original literary work. The person who creates such work is the owner of that work until that work is licensed. The work is licensed by applying the Copyright Act 1957. In IPL, copyright can be applied to website layout designs and the team uniforms. There are bids each year to assign the right to broadcast the matches. STAR India currently holds the right to broadcast the IPL matches by winning the bid for  ₹16347.5 Cr under a five year contract beginning from 2018, earlier the rights were with Sony Pictures and World Sport Group as a partnership.

As per the Brand and Content Protection Guidelines, 2018 (IPL Brand Protection Guidelines), audio-visual images of match footages as well as deferred highlights are all protected under IPR. There is a limit to fair use in journalistic coverage to ensure that the official media right holder gets proper returns to the investments. The broadcast must be delayed by 30 minutes and there are no alterations allowed in the original video broadcasted. In order to prevent commercial gains from rebroadcasting, there should not be any intentional advertising while the video is being broadcasted. All these guidelines are mentioned in the Regulations for News and Current Affairs Broadcasters for Audio Visual Broadcasting, 2018 (IPL Media Guidelines).

Copyright in an IPL must be used to protect:

The Indian Premier League’s strict guidelines for broadcast media could hardly deter copyright infringements and it had also contended with a large number of unauthorised videos and live feeds. More than 2,400 unauthorised live streaming feeds and over 6,700 unauthorised videos on the web were found and therefore pulled down, while over 1,300 pirated blogs and websites were shut down.

2015 was a bummer for not only the audience but also the BCCI (Board of Control for Cricket in India). The organisers had failed to get permission from the copyright society which is the IPRS (Indian Performing Rights Society) for using the music for the opening ceremony although it had been taken using the songs played during the matches. A legal notice was filed against BCCI for non compliance by IPRS and BCCI had to pay the license fees for this defect.

A trademark protection is generally extended to a word, phrase, letter, number, sound, smell, shape, logo, picture etc. The function of a trademark is to distinguish the product or the services offered by an entity from another. This dissimilarity is associated with the enhancement of the goodwill of the enterprise.

Trademarks and protected and registered under the Trademarks ACT, 1999. Trademarks have evolved as an agent of creating goodwill of various brands and it contributes to a great extent in a brand’s business by helping them to establish their brand value. A registered trademark gives its owner the right to use, sell or license the goods and services under the brand name by which it is registered. Registration of a trademark is of the utmost importance as it forbids other people to use the registration of that particular trademark or a similar kind of trademark.

In sports, this kind of protection could extend to event names, team names and logos, domain names etc. For example, VIVO IPL, DLF IPL, Mumbai Indians, Kings XI Punjab can all be protected under the ambit of trademark. Sports name IPL in itself is a popular merchandise trademark including its teams, events and emblems which hold mercenary value and are an essential component of branding. IPL also has its exclusive caps, jersey, laptop skin, coffee mugs, mobile covers and various types of merchandise which people can buy online or from stores. This also includes signed merchandise by the players. Realising this importance of brand creating during IPL, the teams file for trademark registration of consumable products such as tea, coffee, tobacco products, aerated water, insurance, financial services, entertainment, websites and various games.

In 2008, a suit was filed by BCCI against rediff.com which is an online gaming company. This suit was regarding the domain name registration of the famous game ‘Indian Fantasy League’. The name of this league was seen to be deceptively similar to the IPL name and even logo. The Madras High Court in its decision said that this had amounted to a trademark infringement and prohibited its use.

In 2018, Grace India Sports Private Limited (GISPL) attempted to start Indian Junior Premier League. This league had similarities with IPL. Bombay High Court in its decision stated that since GISPL had started a league which used deceptively similar trademark and domain name such as ‘http:www.iplt20.com’ or ‘juniorsipl.com’, GISPL was banned from using these domain names and goods of the same kind.

The definition of design states that it refers to a pattern, shape, configuration, ornament or composition of lines and colours applied to some article where it’s a two dimensional or a three dimensional or of both the forms, by some industrial process or means, whether manual, chemical or mechanical, separate or combined. For a design to be registered, it should be original or new.

Design gives protection for the visual appearance of the product and not the functional aspect. A design can be protected under the Designs Act, 2000. The best example of a design would be the exclusively designed IPL Cricket bat. The design IPR needs to be protected.

Ambush Marketing is the practise by which a rival company attempts to associate the product of their company with an event that already has some official sponsors. It basically means that a company tried to exploit or advertise its brand in some event without being a sponsor of that event. It is also termed as ‘an attack from a hidden position’. In IPL, it prevails even at the entrance of the venue when the spectators are given free branded merchandise in the form of jerseys or flags.

In the case of Intellectual Property Rights (IPR), proper care should be taken towards these rights. If proper care is not taken, then the road side sellers would easily remake the products which are of much cheaper quality and sell those products to earn money and this would be a disadvantage for the owner of the trademark. People generally would prefer a cheaper equivalent material than a costly same kind of material and hence they would not want to pay more for the similar kind of material. This happens to a great extent for the merchandise of IPL such as, jerseys of various teams, caps, bats and other material.To attain protection from passing off, the owner of the merchandise should register such product under trademark and copyright. These laws protect the owner from the losses arising due to passing off.

The Indian Premier League is protected by various Intellectual Property Rights which include trademark laws, copyright laws, design laws, competition laws, trade practices laws, telecommunication laws. IPL is a similar concept as the EPL and has created its own niche in the field of cricket just like EPL has done in football. IPL is the perfect blend of sports and entertainment for cricket enthusiasts. It has turned out to provide a platform for the skilful and talented young players who missed out on the opportunity to be a part of the Indian Cricket Team and follow their passion besides turning talent into profit for the investors and not just for themselves.

Unauthorised use of IPR in IPL may lead to the infringement of one or more of the intellectual property rights of the BCCI–IPL; both civil and criminal remedies may be available in the case of these violations. The idea of Intellectual Property Rights in sport dynamics has evolved, which as a result, has made IPL and BCCI owners to take adequate care of the team and also for the smooth functioning of it without any glitches. In view of the huge amount spent on corporatisation and branding of the teams, the sports franchise owners have to take adequate care to ensure the overall protection for the trademark portfolio and its effective management and thus, IPR protection in any event plays a vital role in the sports industry. 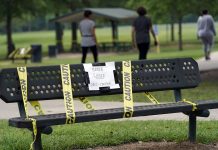 Power of Quarantine and related laws in India 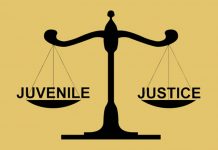 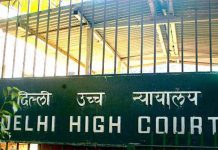 Assessing the Implementation of Commercial Courts Act, 2015 in India: A Comparative Analysis