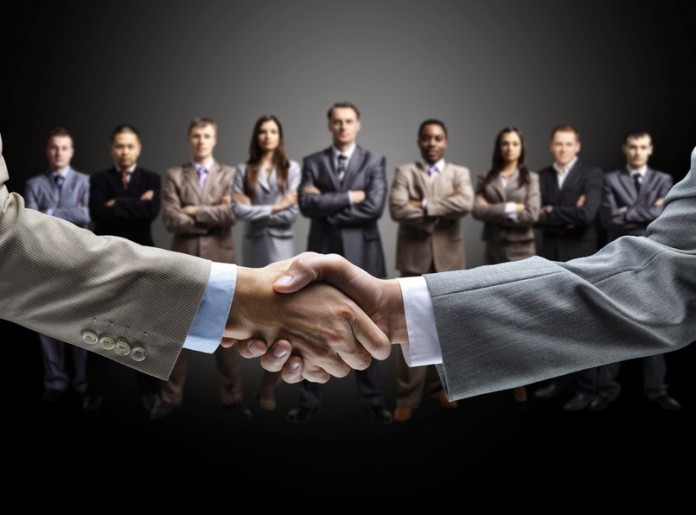 In this blog post, Arushi Chandak, a student pursuing her 2nd Year, BA.LLB. (Hons.) from Symbiosis Law School, Pune, and a Diploma in Entrepreneurship Administration and Business Laws from NUJS, Kolkata, analyses and describes what is international commercial arbitration.

“Discourage litigation persuades your neighbours to compromise whenever you can point out to them how the nominal winner is often a real loser, in fees, expenses, waste of time…”
– Abraham Lincoln

The aim of a justice system has always been to save time, cost and limit litigation. Therefore, as a mechanism of justice, arbitration is as old as civilization. It is a mechanism under law that encourages the parties to a dispute or a conflict to settle their differences privately either through mutual consensus or by the mediation of a third party.

This system was prevalent not just in the Roman civilization and the Greek civilization during the sixth century, but also in England when business exigencies turned the hostile attitude to yield to commercial arbitration. History also shows various examples of forms of arbitration or mediation throughout Ancient India in vide several medieval traditions that bear testimony to its efficacy.

While the traditional approach to receive justice has been to approach the Courts, the need for quicker and speedier reliefs led to a search for alternatives to the conventional court system. This resulted in the formation of a large number of quasi-judicial and administrative tribunals and forums that are in a way an alternative method of dispute redressal. Slowly, these too became bogged down by delays and high costs but began to be named as another method of dispute resolution; Alternative Dispute Resolution or ADR.

Being an alternative to the conventional judicial method, arbitration has turned out to be a dominant choice for parties among other methods of alternative dispute resolution since it has firmly established its utility over all others and is truly a real alternative to judicial adjudication. It truly minimizes the role and interference of courts in the administration and dispensing of justice.

With an increase in international trade and investment coupled with the growth in cross-border alliances, disputes and conflicts are a given. It is for this reason that there is an undeniable need and necessity to have an efficient, effective and a well organised dispute resolution mechanism. Therefore, for resolving disputes arising out of commercial transactions between private parties across national borders the system, rather the preferred method is international commercial arbitration. It enables parties to sort out their conflicts and issues while avoiding increasing litigation in various national courts. It is the preferred option for resolving cross-border commercial disputes for it also saves and preserves business relationships.

With the aim to address growing concerns in international commercial disputes and conflicts coupled with the intention of encouraging arbitration in such conflicts as a time-efficient and cost-effective mechanism for the settlement of such commercial disputes at the national and international level, the Arbitration and Conciliation Act, 1996 was adopted and enacted. It was brought in to offer a prompt and effective dispute resolution mechanism in the existing judicial system that was blemished by a backlog of cases and excessive and unwarranted delays.

In order to address several issues faced with the Act, significant changes were made to clarify the issues in the right direction, bearing in mind the Act’s objectives and aims, the Arbitration and Conciliation Act, 1996 was amended in 2015. Moreover, the amendment also tackles the problem of delays by providing strict timelines for the completion of the arbitral proceedings in addition to widening the scope for resolving such disputes vide a fast track mechanism.

As the quantity of international commercial disputes bourgeons, the use of arbitration in order to resolve them does too. Being non-judicial in nature, international commercial arbitration has turned into both an attractive as well as an effective choice for several reasons. This includes a possibility of a distrust in a foreign legal system on the part of one or more of the parties involved in the dispute. Coupled with this is also the problem of time-consuming, expensive and complex nature of litigation in a foreign judicial system. A decision or judgement of a foreign or international court is also extremely and potentially difficult and problematic to be implemented, rendering it practically unenforceable.

In contrast to this, awards passed in international commercial arbitrations have a high degree of recognition and enforceability. Examples include the 140 odd nations that have subscribed to abiding by the terms of the Convention on the Recognition and Enforcement of Foreign Arbitral Awards of 1958, also known as the New York Convention.

Moreover, such arbitrators are specialists and competent in their respective and relevant fields. The panel of arbitrators who administer the proceedings are also chosen, agreed and concurred upon by all parties concerned. This accords the arbitral awards binding and enforceable value. They are hence final, making the long drawn procedure of the appeals process infructuous.

In the field of international commercial disputes, the parties usually have a lot at stake resting upon the decision of the conflict. Any decision passed in this regard holds massive importance to not just the business but also the reputation of the firms or parties involved. In the traditional and conventional judicial system, the settlement or decision becomes a matter of public record that does not necessarily appeal to firms or persons who wish to protect their business from prying eyes. The confidentiality offered by the arbitration process therefore attracts all such parties that do not wish for the terms of a settlement to be known. But this advantage also happens to become a humongous hindrance for those researching international commercial arbitration as many awards are not made public and it can become very frustrating to search for information.

In addition, an arbitral body ensures controlled costs, since it will have a pre-determined framework of charges. Many international agreements, treaties, and conventions facilitate the use of arbitration as a method of resolving international commercial disputes. Other agreements address the enforcement of awards given in such disputes.

There has been a tremendous increase in arbitration options in the last 60 years or so. Previously, there were only a few nations that had well-developed arbitration practices and sympathetic national laws since interference in the process of arbitration by national or domestic courts was a well-founded fear in many countries. Conversely, the necessary actions on the part of the national legal system in compelling witnesses and enforcing judgments were not always available.

Another reason for the growth of arbitration is the mushrooming of many diverse arbitral bodies, allowing the parties to select one that is best suited to their needs. Some organizations welcome any type of dispute. In contrast, there are organizations that specialize in particular types of disputes, such as those involving investments or that focus on a particular topic, such as intellectual property. Some arbitral bodies specialize in disputes in particular industries.

An example is the American Arbitration Association (AAA), which has different sets of special rules governing disputes in different subjects.

Another factor in selecting an institution is the nature of the party; one institution may be open only to states or member governments, while another may be available to any entity or individual. The fact that awards are issued by a number of institutions can complicate research. An arbitral body sets forth a set of arbitration rules that governs the potential arbitration. It may also issue a model arbitration clause that can be incorporated into the contract or business agreement when the transaction is made.

Among the emerging issues in Indian arbitration laws include the prospective applicability of the amendment act, conundrum surrounding two Indian parties having a foreign seat of arbitration and the arbitrability of oppression and mismanagement cases. Thus, the ambit of international commercial arbitration is only growing. While more stringent and clearer laws that govern it are needed, effective implementation is also necessary. It is therefore pertinent to mention that a fast-growing economy requires a stable, in addition to reliable, dispute resolution system in order to be able to attract foreign investment. Owing to the extreme backlog of cases before Indian courts, commercial players in India and abroad have developed a strong preference to resolve disputes via arbitration.