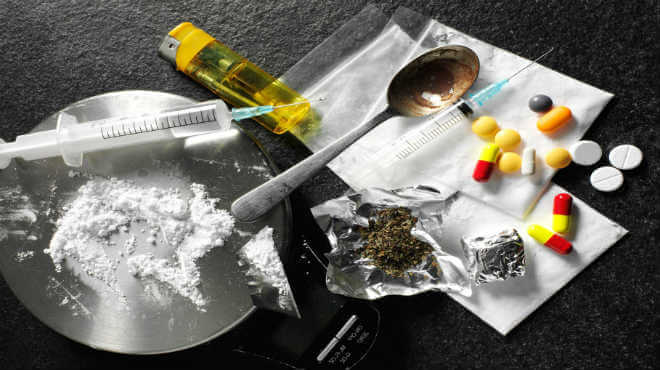 This article is written by Anushka Singhal, of Symbiosis Law School, Noida. In this article, she discusses Section 37 of the NDPS Act.

Narcotic Drugs and Psychotropic Substances Act, 1985 (NDPS Act) governs the provisions regarding drugs in the country. This Act has 83 sections and six chapters. It lays down provisions regarding punishment and provides rules and regulations for controlling the operation of drugs and psychotropic substances. Recently, Section 37 of this Act came into the limelight when the Hon’ble Supreme Court said that a liberal approach cannot be adopted when granting bail under the NDPS Act. Let us delve more into this Section and interpret it.

Interpretation by the Courts

In this case, the Court held that Section 167 of Code of Criminal Procedure, 1973 (CrPC) and Section 37 of the NDPS Act are not in conflict with each other. It held that the limitations under Section 37 of the NDPS Act are not attracted when the grant of bail is automatic under Section 167 of CrPc, i.e., when the complaint is not filed within the maximum period under which the complaint has to be generally filed. The case also brought out a distinction between Section 143 of the CrPC and Section 37 of the NDPS Act. It laid down that the latter was a more stringent provision. Under Section 37, the onus is on the accused to prove that he is not guilty while under the CrPC, the burden is on the prosecutor to prove that the accused is indeed guilty and thus he should not be granted bail.

In this case, the Hon’ble Supreme Court held that in the cases related to drugs, an order should be passed after taking Section 37 of the NDPS Act into consideration. The relevant provisions under CrPC cannot be applied by ignoring Section 37. In this case, the Hon’ble High Court had granted bail keeping in mind Section 438 and 439 of CrPC. The Court reminded the police and the prosecutor that they need to show due diligence and vigilance while dealing with the cases under the NDPS Act.

In this case, certain parcels from an office were seized as they contained certain prohibited drugs. The respondent was arrested. The trial Court convicted the defendant but the High Court acquitted him. The matter went to the Supreme Court. It held that there should be strong compelling reasons for the grant of bail and since there was no such reason, in this case, the Supreme Court overturned the decision of the High Court.

Offences for which Section 37 is invoked

Principles for grant of bail under Section 37

As per section 37 of the NDPS ACT, 1985 bail should not be granted to an accused unless the accused is able to satisfy:

The Hon’ble Supreme Court in the case of Union of India v. Shiva Shankar Kesari,(2007) has tried to lay down an approach that needs to be adopted while granting bail under Section 37 of the NDPS Act. The Court should not look over for the records that say that the accused is not guilty, rather it should look for the reasonable grounds that point out that the accused is not guilty and then take their decision of granting the bail. Thus, a Court has to look over the provisions and then decide the feasibility of granting bail to the accused.

While bail is the rule under other Indian Laws, under the NDPS Act, bail is an exception. Article 19 of the Indian Constitution gives us the right to freedom and liberty while Section 37 (2) of the NDPS Act restricts the same. Under this Section, the accused cannot be released on bail unless and until some strict conditions are fulfilled. Bail is an exception under this Section of the NDPS Act while under the other sections of the Act, bail is a rule. This rule of ‘bail as an exception’ makes this Section go against the spirit of Article 19. The Hon’ble Punjab and Haryana Court, in the case of Ankush Kumar v. the State of Punjab, (2018) raised the question that this Section seemed ultra vires to the Constitution. The Court did not deal with this question as it had no authority to do so. Thus, the Court held that the provisions under Section 37 of the NDPS Act have to be complied with before granting bail to an accused under Section 239 of the CrPC. The constitutional validity of this Section was questioned but still, there is no consensus on the same.

Other laws where bail is an exception

Apart from Section 37 of the NDPS Act, there are a plethora of other offences which are cognizable and non-bailable. Following are some of the laws under which bail is an exception-

Under this Act, a person can be detained for up to 12 months under the orders of the Central or state government for securing the security of the nation. Unlike other offences, where one has the right to bail under Section 50 of the CrPC, a conviction under this Act takes away such a right from a person.

Under Section 43 D of the Act, an accused person does not have the right to bail if the court feels that there are reasonable grounds for his detention. Also, this Act lays down that if a non-Indian has been convicted under this Act, no matter what, he will not be granted bail.

There are certain non-bailable offences under the Indian Penal Code,1860. For example, waging a war against the country (Section 121), sedition (124-A), adulteration of drugs (Section 274) etc.

Section 37 of the NDPS Act works as a deterrent when it comes to offences related to drugs. It is necessary because it leads to the creation of fear among people that if they commit a crime under this Act, they will not be granted bail. On the other hand, this provision sometimes becomes draconian as innocent people get jailed. Thus, the judiciary needs to adopt a cautionary principle to ensure justice.