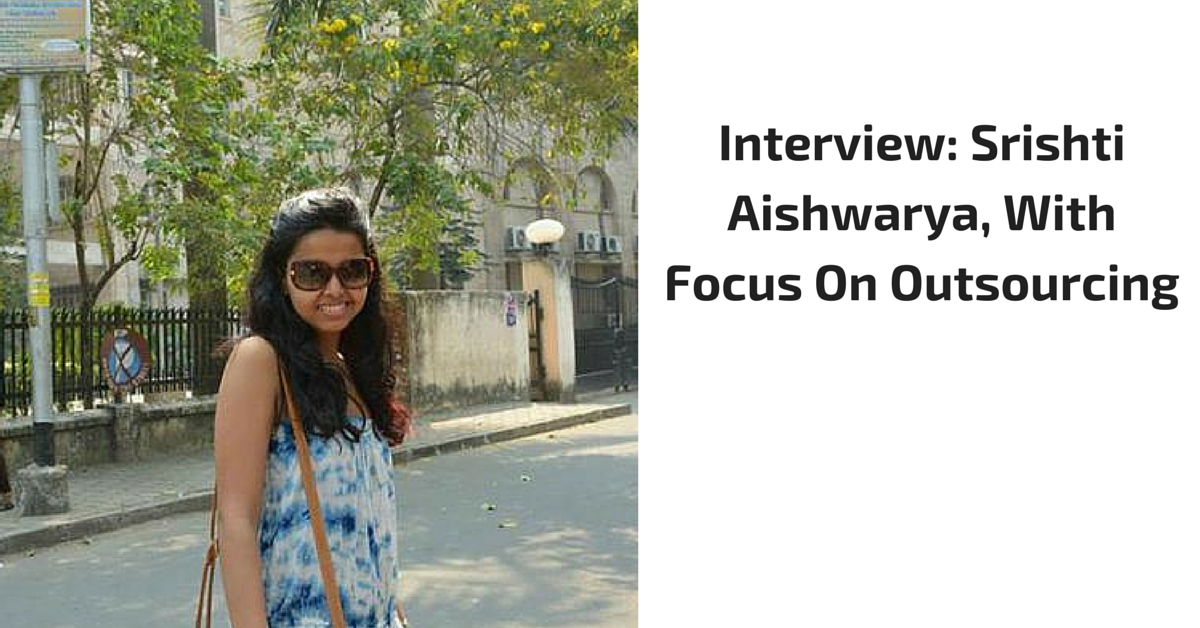 This week I caught up with Srishti, another regular author of this blog, to find out how she got around to write the cover story of the well-known industry magazine Outsourcing. Questions are mine, and answers, obviously, of Srishti.

Your article about data protection laws around the world was recently made the cover story of the Outsourcing magazine. How does it feel?
I know it sounds cliche but it feels great when your article comes as a cover story along with top authors of the industry, there is a feeling of being on Cloud 9. Apart from that it propels and puts pressure to do better.

How was this made possible? Why did they invite you to write in the first place?
I wrote a piece on Malaysian Data Protection Law for them earlier which was very much appreciated. They asked me to write again but I was not getting time (read procrastinating). Then one day randomly I started working on Data Protection Law all throughout the world (given that I like reading on Privacy Laws) and once it got finished, it stayed on my laptop for some time before I thought I should send it somewhere for publishing. Given that Outsourcing Magazine asked me previously so I sent it over to them and it got published as a cover story.

How did you get started on writing about such a niche area like outsourcing law?
Once upon a time, when I was in tadpole years of law school (read 1st and 2nd Year), a senior of mine (read Ramanuj Mukherjee), seeing my high level of enthusiasm to do “something” advised that I should start writing on some relevant issue and suggested outsourcing, given its booming market. Pointing out the fact that I can reach directly to the industry people by explaining the law relevant to them in layman terms via a blog. And I took it up. The rest is history.

Tell us about your blogs. Why so many?
The simple answer is I like to write. I write on outsourcing, then self-development stuff, law school stuff, stories, poems. In short, I just write. But if I have to find a beginning point, it was the end of 1st year when I was doing my first internship, and I wrote a guest post for this blog on my internship experience. After few guest posts, I founded my own blog called Law Schools Terrace, while I also started writing as a co- author on 1st Taste. Sometime around this, I started writing on OutsourcingLaw as advised by my senior. Given the unique range of topics I covered, I got calls from various places to write, so I wrote for Money Control, Outsource Portfolio, Outsourcing Magazine.

How often do you write?
I try to write daily, but I have a degree or two in procrastinating, so sometimes I spend a day just sauntering on the periphery without actually writing. Otherwise, I write bits and pieces on one thing or other daily.

You were consulted by the Bangladeshi experts on India data protection law. Tell us more about it.

I write on Guidelines issued by RBI on Outsourcing of Financial Services by Bank after which I got a mail from Bangladesh Association of Call Center and Outsourcing (BACCO) asking for an opinion on how should they approach Bangladesh Bank. Honestly, that was one of the best experience so far, getting a mail from a top organization of another country, especially when you are a 3rd-year law school student, it gives you every reason to have a ball.

Share with us your top 5 writing secrets.
This is a tricky question and I’m no Einstein or Shakespeare. But then thinking of it, I believe if you are genuinely interested in something, you tend to it well. So well, when you write, be genuine. Second, read a lot, it helps in knowing new idea and picking styles. Adding to it, write more than you read. Third, don’t shy away from criticism. When I wrote my first post, I nearly cried over the subtle way in which I was told that it’s shit. Later on, I realized embracing criticism takes you one step up on the ladder of learning as a torch is flashed on your mistakes. Last but not the least, don’t write for others, but for yourself.

How do you go about researching?

A lot of people research so much that they never get to writing and sending the article (I being one of them). What will be your advice to them?
Researching a lot without writing really doesn’t help (apologies for pointing out the obvious!) but then I go on researching as I write. Instead of making it two separate processes, and that makes writing easier and helps a procrastinator like me who would otherwise keep on researching without writing a single letter.