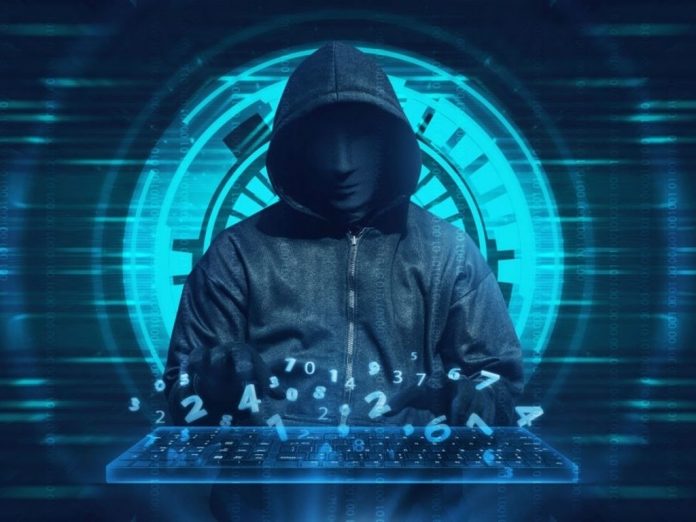 This article is written by Avani Malhotra.

Digital transformation has made it possible for individuals to uncover the internet and to communicate with anyone across the world virtually. However, this digitization has given birth to many cybercrimes. The most common cybercrimes in the country include phishing, hacking, online transaction fraud, credit card fraud, spoofing, cyberstalking, pornography etc. The author in this article discusses various cybercrimes and the remedies available to prevent and penalize them. Further, the author in this article analyses the drawback and the intricacy of the current laws and why there is a need for separate legislation to address cybercrimes.

The digital space has allowed evil-doers to exploit more internet users, creating a threat in the minds of the internet users that they are not protected online.

This brings out the necessity of reviewing current laws and emphasise the need for substantive cybercrimes legislation.

In India we do not have any separate laws on cybercrime, the Information Technology Act,2000 combined with the Indian Penal Code 1860, depending on the nature of the Cybercrime gives imprisonment varying from 2 years to life imprisonment as well as fine.

The Procedure: Arrest and Search

Section 80 (1) of the IT Act states that, notwithstanding anything in the Code of Criminal Procedure, 1973, any police officer not below the rank of Inspector, or any other officer of the Central Government or State Government approved by the Central Government in this regard, has the authority to enter any premise or public place, search, and arrest without a warrant any person who is reasonably suspected. Section 80 (2) of the IT Act states that any person arrested under sub-section (1) by an officer other than a police officer must be taken or sent before a magistrate with jurisdiction over the case or the officer-in-charge of a police station without unreasonable delay.

How Does One File A Report?

A cyber-crime can be reported by:

Filing a written complaint with the nearest Cyber Cell and lodging an F.I.R. (First Information Report)

Complaints can be submitted at https://www.cybercrime.gov.in/Accept.aspx.

Obstacles in the Investigation Process

When cybercrime is committed using a system or a computer, the best way to track down the perpetrator is to use the IP address or Internet Protocol address. However, many times, criminals use proxy servers, which makes it difficult to track down the cyber-criminal using a specific IP address. Despite the fact that the 2008 amendment changed the nature of the law relating to cybercrime, there are still numerous issues confronting the investigating machines. As a result, the fundamental principle of investigation must change, and new tools and techniques must be effectively implemented.

Important Provisions under IT Act,2000

The IT Act, 2000, deals with cyber-crimes. It has categorically divided crimes into various subheads like cyberbullying, cyberstalking, cyber pornography, cyber flirting, cyber defamation, email spoofing, etc. The primary goal of the IT Act is to create a legal framework to promote e-commerce in India and thus it is inadequate to cope with cyber rights under the act. Initially, the Information Technology act covered cybercrime in a general way, later in 2008 amendments were made and cybercrimes were covered within its fold.

The IT Act 2000, divides crimes categorically into different subheadings such as cyberbullying, cyber pornography, cyber flirting, cyber defamation, e-mail spoofing, etc. However, a separate provision for the unwelcomed display of sexually explicit subjects is not available. Section 67, 67A, and 67B are the major sections that deal with obscene acts, sexually explicit acts, and transmission material depicting children in sexually explicit acts, respectively. The IT Act’s provisions are overly broad, and they fail to address crimes such as morphing, phishing, and cyberbullying. The legislature’s piecemeal approach is highly ineffective, there is a need to enact comprehensive cybercrime legislation. SC in the case of Maqbool Fida Hussain v. Raj Kumar Pandey, the supreme court used the principle ‘generalia specialibus non-derogant’, and held that when the crime committed has some nexus with electronic medium, provisions of the IT Act would apply.

A summary of the changes made in sections 66 and 67

Sections 65 of the previous act defined criminal offences. Sections 66 and 67of Chapter XI (“Offenses”). The provisions had a broad scope and included typical cybercrime without any specifics, a possible explanation for 175 of the 190 total cases booked under Sections 66 and 67 of the IT Act of 2000.18 With the addition of new offences under the IT Act of 2000. According to the Amendment Act, there are a variety of distinct offences that have criminal consequences. They have penalties attached to them. The new offences range from sending offensive messages, stealing hardware and passwords, to voyeurism, pornography, and cyber terrorism, and were added through amendments to Sections 66 and 67 of the IT Act, 2000, and are the subject of this paper. Furthermore, the civil wrongs outlined in Section 43 of the IT Act have now been designated as criminal offences under the ITAA 2008 if committed dishonestly or fraudulently.

Section 354C of IPC exclusively deals with the crime of ‘voyeurism’ which also recognizes watching such acts of a woman as a crime. If the essentials of this Section (such as gender) are not satisfied, Section 292 of IPC and Section 66E of IT Act, 2000 is broad enough to consider the offences of a similar kind, Section 354D of IPC describes and punishes ‘stalking’ including both physical and cyberstalking. Section 500 of IPC penalizes the defamation of any person. Concerning cybercrimes, sending any kind of defamatory content or abusive messages through email will be attracted by Section 500 of IPC. When it comes to cybercrime, the IT Act and the IPC have provisions that overlap. This frequently leads to unnecessary confusion, so there is a need to consolidate cyber laws and enact new legislation solely addressing cybercrime. The increased traffic in the virtual world has exacerbated the threat of falling victim to cybercrime, particularly in the case of women and children, who are frequently regarded as soft targets. In the case of Maqbool Fida Hussain vs Raj Kumar Pandey it was further held that when the accused has been acquitted under provisions of the IT Act, similar provisions of the IPC would not apply.

The Information Technology (Amendment) Act, 2008, serves as an appropriate case study for an examination of the legislative exercise of law and policy formulation in the field of cybercrime legislation, emphasising the importance of carefully worded provisions, foresight in the drafting process, and imagination in explaining specific sections. The deficiencies of the Legislation and the resulting realistically anticipated problems reinforce the notion that criminal legislations cannot be left open to broad interpretations, particularly with regard to internet regulations, given that cyberspace provides certain liberties in action that make it easier to transgress laws, and with such characteristics inherent in the environment, any regulatory mechanism would be ineffective. Legislative measures must strive to be comprehensive, clear, and limited in their interpretive scope. While the purpose of the Information Technology (Amendment) Act was to address rising trends in cybercrime and, in effect, make it more difficult to be a cybercriminal, the irony is that the Amendment Act has resulted in a situation in which it is perhaps not ‘easier to be a criminal,’ but rather ‘easier to be classified as a criminal.’ The risk in both cases cannot be overstated.

The ever-changing ways in which we use technology to communicate have a huge impact on our lives and the lives of our families. To address the issue of underreporting cybercrime, the process of filing complaints should be simplified further, and victims’ identities should be protected. Law enforcement should be educated on the various aspects of cybercrime against women and children, and the entire redressal mechanism should be expedited. The government and its agencies must work together to raise legal awareness among all stakeholders to prevent and punish such offences. Children and adolescents are particularly vulnerable because they spend so much time on social networking sites. As a result, there is a need to educate students at the school level about the dangers of cybercrime and the importance of information security. This will not only help their impressionable young minds understand the dangers of the virtual world, but it will also make them more empathetic towards others.