This article is written by Asgar Ali, pursuing a Diploma in Industrial and Labour Laws from LawSikho.com. Here he discusses “Who is Empowered to Commence Investigation for Violations of Standing Orders?”. 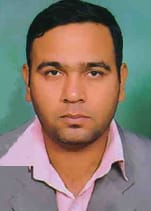 Standing Order in any organisation can be defined as a written procedure in standard form as established by employer involving his employees, a trade union with a purpose to bring uniformity in working conditions of workers as per the legislative provision, duly approved by the appropriate government.

Standing Order Act came into effect on 23 April 1946 with the title “The Industrial Employment (Standing Orders) Act, 1946. This act obliges the employer to define and issue uniform working conditions of employment in his Industrial establishment in case of one hundred people or more than a hundred workers are employed on any day of the previous year.

A Model Standing order is always helpful in avoiding certain Industrial disputes and discriminations as this act promote equal opportunities and conditions to the workers. In a Model Standing Orders of an organisation, the following matters can be prescribed:

The contents of any Standing Order once after it is finally certified under the Act, required to be exhibited by the establishment at its prominent places in English and in a language understood by the majority of workers working in that establishment on proper notice boards. The Area where standing order to be displayed shall be such locations where the majority of workers are gathered for their routine job executions i.e. Main gate of organisation, Notice boards nearby attendance punching area, Canteen etc. Such display may be shop areas also where workers perform their daily work activities.

Objectives of Standing Orders in any Organisation:

Procedure of investigation within an organisation:

Within an organization, there is a set procedure of investigation in case any misconduct is caused by any workman. Also, there is a set procedure of defining “Misconduct” and dealing with that misconduct, process of Inquiry/investigation, authority to commence investigation, process of investigation, summoning to respondent/witness/plaintiff, recording daily order sheet, commencing hearing process as per rules and as per natural justice, collecting evidences and decision taken or penalty imposed i.e. censure, written apology from aggrieved, withholding next promotion/next increment, demotion or recovery of loss from salary of wrongdoer employee etc. All these clauses are mentioned step by step in a Model or certified standing order of an organisation.

Officer/authority empowered to investigation within the organisation:

Within an organization, in case of violation is caused by any workman, then power to perform Inquiry or investigation against him is given to following:

Rule of bias must be borne in mind of the employer at the time of appointment of an Inquiry Officer or committee thereof. The principle that No one can be a judge in his own case is also known as the rule of bias. In essence, it implies that any interested party shall not play a role in decision making.

Hence, the common rule is that an Inquiry Officer should not be a witness in the proceedings; otherwise, it shall be a corollary of Rule of bias.

There are three kinds of bias which are considered as important:

Officer/authority empowered to investigation outside the organisation:

On the other hand, if the violation is caused by an employer by non-fulfilment of laid down procedure of certified / model standing order then following authorities are empowered to commence investigation against the employer of that organisation:

Moralities of Investigation or Inquiry:

In an Investigation or Inquiry, there must be a fair investigation and rules of Natural Justice must be obeyed. The Audi ‘Alteram  partem’ the other side too is the core part which must be complied by presiding officer of investigation Committee.

Audi Alteram Patem which is basically a protection against an uninformed administrative action comprises within itself a number of rights. This rule implies that the accused person has the following rights (in case any Inquiry or investigation against him/her ):

(d) He/ She can cross-examine the witnesses and lead evidence

The Examination/ cross-examination of Complainant, respondent and Witness(es) and Fact-Finding, daily Sheet progress, Constitution and decision of the committee, all relevant process must be transparent and documented within the prescribed format as per procedures as most important as per “Rule of Laws”. As a Whole, Justice must be done with seen to be done during every investigation or inquiry.