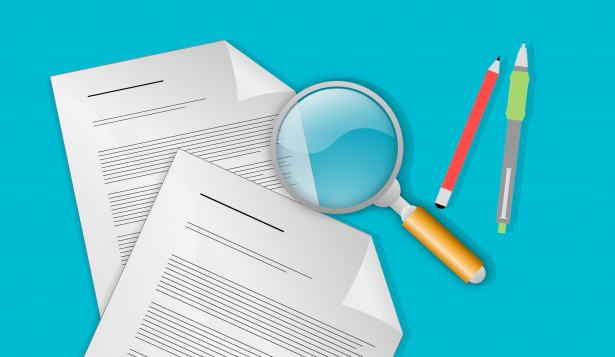 This article is written by Atif Ahmed.

Funding is the lifeblood of a start-up as they rarely grow organically. It is essential for survival as well as growth of the business. Initially, the funds are contributed by the founders themselves (also known as bootstrap stage), but as the operations of the business grow, it requires outside funding in the form of angel investment, venture capital (VC) investment, private equity (PE) investment, etc.

Investing in a start-up is a lucrative opportunity, but at the same time is a very risky affair. According to Review42.com, 90% of the new start-ups fail. Therefore, an investor, especially in an early stage start-up, demands security for his investment, which comes in the form of the investment rights. However, a founder is unwilling to give away as much of these rights, which comes at the cost of losing control of his business.

Hence, the commercial intent of both the parties, i.e. a founder and an investor, is aptly clear. An investor wants to secure his investment, and a founder wants the freedom to operate the business. This might be conflicting sometimes as the investor would want to gain some sort of control of the business because it would not want the founders to make a wrong decision for the business (because his investment is at stake), but at the same time founder would not want that he has to take the consent of the investor for every decision of the business. Therefore, a good investment agreement balances the needs of the founder as well as the investor, and reduces the chances of disputes.

In this article, we will discuss the various clauses that form part of  the investment agreements (definitive agreements), and the meaning and rationale behind each one of them.

As the name suggests, Shareholder’s Agreement (SHA) is an agreement that is entered into between the shareholder and the company. It enumerates terms of the deal and the rights of the investor.

For example, If B, has become a new shareholder of company X, a Shareholder’s Agreement (SHA) will be entered into company X and B.

For example, If B, has become a new shareholder of company X, by subscribing to freshly issued shares, a Share Subscription Agreement (SPA) will be entered into company X and B.

For example, If A, an existing shareholder of company X is selling his shares to B, a Share Purchase Agreement (SPA) will be entered into between A and B.

Key clauses in an Investment Agreement

The investor gets certain securities of the company in exchange for his investment. This security can be of the following types:

Equity shares are the riskiest form of investment for an investor, especially if he is investing in an early stage start-up. However, it gives certain essential rights to the investor, such as ownership, voting rights, and profit in the form of dividends.

Also, when the company grows and succeeds, the equity shareholders benefit the most because of the share appreciation.

Hybrid securities are very popular these days. They have the feature of both, equity and debt/preference shares. For example, Compulsorily Convertible Debentures (CCD) will provide initial security to the investor by providing him a fixed amount of interest, and later on will take the form of equity shares, and will provide benefits such as ownership, voting rights, etc.

Clauses that ensure protection to an Investor’s investment

Each time the company raises a new investment, the shareholding percentage of the investor who had previously invested in the company, reduces. It may sometimes become detrimental to the interest of the investor, especially if the subsequent investment is raised at a lower valuation.

Therefore, an investor usually asks for the following rights that ensure a certain bit of protection to his investment:

The investor can have a veto right against the fresh issue of shares. This essentially means that the company, before issuing fresh shares, has to take consent of the investor. This enables the investor to have a control on the capital structure of the company.

In such cases, an anti-dilution right requires the company to issue fresh shares to the investor.

This is an important right to safeguard the interests of an investor. However, enforcing such a right in case of equity shareholding might not be easy, as the Indian Law does not allow free shares to be issued (except bonus shares).

An investor invests in the idea of the founder. And the founder, especially in the early stages, is in the best position to manage the company and take it to the stage of success. Therefore, the investors usually want the founders to stay committed to the business, for a particular period of time, after the investment.

Following are the clauses that ensure founders commitment:

It puts a lock-in on the shares of the founder. This restricts the founders from selling their stake and exiting from the business before an agreed amount of time.

As the investor wants the founder to devote all his time and effort to the business, the best way to ensure this, is to make the founder enter into a full-time employment agreement with the company.

Imagine a situation, you are an investor and you invest in a start-up by trusting the vision and the idea of the founder. However, right after some time, the founder sells his share and exits from the start-up and engages himself in a new competing business. With the founder’s vision, skill set and customer contacts being invested in the newer business, what do you think will happen to the start-up in which you have invested? It will, most probably, fail.

This is why the investor asks for a non-compete clause that restricts the founders from engaging into a competing business, for a particular period of time, after they exit from the start-up.

Suppose, A and B together hold 70% in the company and they have a prospective buyer who wants to acquire 100% stake in the company.

In such a situation, A and B can invoke the Drag-along right and force the minority shareholders to also sell their shares (even if they don’t want to).

However, C and D who hold 30% (i.e. minority stake) feel that being minority shareholders, they might not get fair value for their shares.

In such a case, C and D, can invoke the Tag-along Right and sell their shares to the same investor and get the same price, as A and B are getting.

An investor typically asks for a board representation, which means that he has a right to nominate his representatives to the board of directors of the investee company. Such representatives usually act more like the observers, rather than participating in the day-to-day business decisions of the company.

The investor cares about the performance of the company, which is why they sometimes require periodic information pertaining to the company’s performance, being given to them. For example, balance-sheet, cash-flow statement, marketing plans, budgets, etc.

The investor invests in a company keeping certain vision in mind. However, what if the things go south? Therefore, the investor likes to keep his exit options in certain situations open.

Shareholder’s Agreement (SHA) can stipulate that on breach of certain terms of the SHA, the investor will have the option to invoke his exit rights.

In such a case, the company may be required to buy back the shares of the investor at a certain price which is determined on the basis of a pre-defined method.

Imagine a situation, what if an investor decides to invest in a company, and later on finds that the company is facing a major litigation, which could potentially ruin the company and hence the investment of the investor?

This is why an investor insists on a Material Adverse Effect (MAE) clause, that stipulates that if anything happens in the future that materially and prejudicially affects the business, for example, if the company faces a major litigation, then the investor will be under no obligation to invest in the company, or if he has already invested, then he shall be allowed to exit from the company.

The representations and warranties clause basically is a statement of fact regarding the affairs of the company, which is expressed to be true. For example, it might state that the company has obtained all the necessary approvals required to enter into the present transaction.

Warranties are also taken by the investors from the company, on the basis of the issues raised by the advisors of the investor in the Due Diligence (DD) Report.

The number of rep & warranties required differs from one company to the other. For example, An IT company might be required to give less rep & warranties than a Production company, which is having manufacturing plants, and other major assets.

Once the warranties have been made in the investment agreement, it makes sense to also mention the consequences of the breach of such warranties.

Indemnities are often taken from the company in case it breaches certain warranties. This effectively means that in case of breach of warranty, the investor requires the company to indemnify the investor.

The disputes are inevitable. A dispute resolution clause states the mechanism of resolving any future disputes amongst the investors, company, and the promoters.

Usually, this clause requires the parties to, firstly try to amicably settle the dispute, failing which the dispute could be referred to an arbitrator.

Laws are different for each jurisdiction, and sometimes can also materially differ from one state to the other of the same country.

Governing law clause provides that the agreement would be subject to the laws of a particular state or country. It offers clarity as to the applicable laws, rules or regulations.

All the clauses mentioned in this article are highly negotiated between the founder and the investor. A balance is sought to be achieved between founder’s freedom to operate the company and the protection afforded to an investor’s investment. It is possible that a mix of Shareholder’s Agreement (SHA), Share Subscription Agreement (SSA) and Share Purchase Agreement (SPA) is entered at time of investment between the parties as the new investor might be partially subscribing to new securities and might partially be purchasing shares from an existing investor. Once the investment agreements are executed and the money flows in the company, the company has to file it’s amended Article of Association (AOA) with the Registrar of Companies (ROC), within a period of 30 days.