This article is written by Ravi Karan, pursuing a Diploma in Companies Act, Corporate Governance and SEBI Regulations from LawSikho.com. Here he discusses “Investor Education and Protection Fund (IEPF)”. 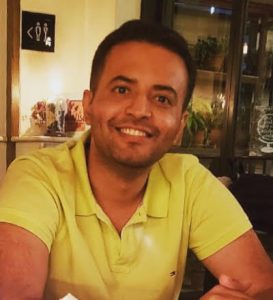 “Mutual fund investments are subject to market risks, please read the offer document carefully before investing”. Does this monotonous monologue sound familiar to you?

IEPF is governed by Section 125 of the companies act, 2013.  IEPF was set up under section 205 C of the Companies Act 1956 by way of Companies (Amendment Act) 1999 to promote investors awareness and protection of investor interest.

The proceeds from the fund are used for:-

Where does IEPF get funds from

Funds are credited to IEPF through various sources. Some of them are illustrated below:-

Central Government shall form IEPF authority consisting of not more than seven members that comprises of chairperson (he/she should be secretary minister of corporate affairs), CEO, Executive directors nominated by RBI and SEBI as ex-officio member and other members with more than 15 years of experience in finance, management, accountancy, or law.

IEPF Authority is responsible for the administration of IEPF; educating investors about fair and safe investing; refunds of shares, unclaimed dividends, matured deposits/debentures to investors.

Since its inception, the IEPF Authority has delivered to its mandate of investor education and protection by conducting various awareness program through Partner Institutions & CSC e-governance Services India Ltd, and Ministry of Communications & IT.  Several awareness programs were conducted in association with organizations such as ICAI, Institute of cost accountants of India, ICSI, Institute of corporate affairs and National foundation for corporate governance. These initiatives focused on educating about the importance of investing, Primary/Secondary capital markets, information on mutual funds, debentures, equity, company fixed deposits, pension funds, investment policies etc.

Process of transferring funds to IEPF by Companies

When a company has declared a dividend but that has not been claimed/paid within 30 days from the date of declaration, the company shall transfer the amount to an Unpaid Dividend Account registered with a scheduled bank.

A company should publish a statement on its website containing names/addresses/unpaid dividend to be paid to each person within 90 days of transferring the amount to Unpaid Dividend Account.

Default in the transfer of the amount to Unpaid Dividend Account shall attract interest penalty of 12% per annum, and the same will be transferred to the benefit of members in proportion to unpaid amount with each of them.

Any person claiming to be entitled to any money transferred under sub-section (1) to the Unpaid Dividend Account of the company may apply to the company for payment of the money claimed.

A dividend can be claimed by the beneficiary even after seven years in accordance with procedure and submission of documents to IEPF authority. In case an applicant wants to claim a refund for unclaimed money from IEPF, then he/she shall submit IEPF Form no 5 to IEPF authority that is constituted under sub-section 5 of Section 125 of the companies act 2013.

Failure to comply with requirements by the company attracts a penalty of not less than INR 5 Lakhs that may go up to INR 25 Lakhs, also every defaulting officer of the company will be fined anywhere between INR 1 Lakh to INR 5 Lakh.

As per the impact assessment report (2018) prepared by the Department of management studies, IIT Delhi –

More than 93% of the beneficiaries of IAP informed that they understood the content of the program and intend to attend similar programs in future.

More than 80% of beneficiaries of IAP gained knowledge about opening a bank account, using ATM facility, deposit and withdrawal of money and signing bank cheques for payment.

The respondents to the survey conducted by IIT Delhi are more confident in planning their monthly expenses now, have a better understanding on impact of inflation on their savings, have an ability to invest in buying their own land/house/property with their savings, and also are keen to protect future of their family through insurance policies.

Key forms to be submitted to IEPF

All these forms can be downloaded from this website.

One of the biggest success of IEPF Authority has been to enforce Peerless General Finance and Investment Company Limited to transfer deposits worth INR 1514 Cr to IEPF. This amount was taken by the company by issuing more than 1.49 Cr deposit certificates and include more than INR 1 Cr individual investors. Authority has also launched an online facility to collect primary information from retail investors about their matured deposits which are pending for repayment. The authority has also issued more than 4000 notices to the companies under section 206(4) of the companies act 2013. The funds were pending with the company for the last 15 years. The size of IEPF fund has almost doubled within a year to about INR 4138 Cr. It has certainly been a successful initiative by the government of India.